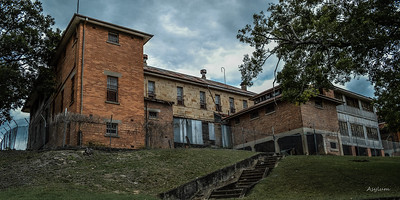 Hello this is Darrell Castle with today’s Castle Report. Today is the 9th day of October1 in the year 2020. That is significant because the 11th day of October, this Sunday is my 72nd birthday. Yes, I’m 72 years old but still in very good health with no virus in sight. The Castle Family is doing fine as well, and I expect to see the family daughter on video this weekend.

Insanity breaks out against this President

Today though, I am talking not about me but about how society reached a peak and then seemed to go in reverse. I claim no knowledge of the future, and I’m no expert on prophecy. But I do claim to having at least a passing grade knowledge of the past. I recall, for example, the famous picture of John Kennedy looking out the window of the oval office, agonizing over the decision he had to make during the Cuban Missile Crises. The nation felt for him and agonized with him, and we trusted him to make the best decision he could.

Fast forward to today. We find that when the White House announced last weekend that the President was positive for the virus, 40% of Democrats polled said they hoped he died. Sometimes we tell ourselves that Hollywood celebrities are not indicative of the entire Democrat Party. Then something like this happens and we think they just may be. Society seems to have deteriorated back toward Medieval days of swords, forts, and moats.

The Thereyasees don’t sound so convincing, do they?

According to celebrities and political pundits, Trump testing positive reinforced everything they had been telling us for 7 full months. There is good reason to be terrified. Wearing a mask is absolutely necessary. Staying in isolation is necessary, even if you lose your job or business. The hardships and sacrifices were necessary and worth it for the salvation of humanity.

Then POTUS did what he does so often and so well. He confounded and infuriated his critics by walking out of Walter Reed Hospital 3 days later to speak to some supporters. He then got on Marine One, flew back to Washington, went to his office, and went to work. The virus it seems, is not much of a threat for most people. It’s rather like getting any strain of flu.2

Most people seem to exhibit mild flu like symptoms, like stuffy nose and cough for a couple of days. And then it disappears. For some, especially if you are elderly, well, you better take precautions and act as if you understand that. After the President was released, the insanity climbed to a new level by a tweet from POTUS that was clearly true:

Flu season is coming up! Many people every year, sometimes over 100,000, and despite the Vaccine, die from the Flu. Are we going to close down our Country? No, we have learned to live with it, just like we are learning to live with Covid, in most populations far less lethal!!!

That view is very defensible, and one held by some of the most eminent scientists and doctors in the world. Six thousand doctors and scientists just signed a statement saying essentially the same thing. Twitter attached a statement to the President’s statement saying it was ordinarily the kind of tweet they would remove. But this time they would let it stand, keeping in mind the public interest involved. (And of course including their disclaimer.)

A matter of control

Why some people want to keep us locked down when there is no obvious reason for it is just part of the insanity that is unknowable at this time. My hometown newspaper carried a headline the other day that said that bars and restaurants were now cleared to stay open until midnight. I wonder if the virus suddenly comes out at midnight, or if it gets worse after midnight.

The New York Times carried a piece last Sunday that said that if you get the flu, not COVID, ordinary flu, then you have less chance of being hospitalized, and/or dying, if you have had a flu shot. I thought that the reason for taking the flu shot is so that you won’t get the flu. But I suppose it is all just part of the equation the powers-that-be don’t let us understand.

To call all this insanity is not an exaggeration. Authorities told us 15 days to flatten the curve. Now 7 months later that we may never get our lives back even with a vaccine. When 74-year-old, overweight Donald Trump walked out of the hospital and made a campaign appearance, people took notice. He seemed much more vibrant and alive than Joe Biden still at home doing zoom interviews.

Many heads-of-state have done as well

POTUS joined several other world leaders who have tested positive and have recovered in a short time. (Or for some, in no time.) The presidents of Brazil, the UK, Bolivia, Honduras, Guatemala, and Belarus have all had the virus. And returned to their duties. And they for the most part are all old men. The President said, why let fear of it dominate your life? Well, that is a very good question that deserves analysis.

Foreign enemies, China, Russia, Iran, ISIS, Al Qaeda, terrorists, drug wars, cancer wars, virus pandemics, are all threats for which the political class offers protection. They expect you to surrender your money, your privacy, your dignity, and your liberty in exchange for that protection.

COVID is the latest villain to come along and frighten us almost to death. Sooner or later one of the villains will get us because the game is unwinnable. That is very true, but it does not keep the ruling class from playing. They seem to think that they have discovered the formula for immortality. But humans have searched for that for a very long time and yet we still die.

To exacerbate all the fear, and to help us see the government, i.e. the politicians as the only solution, it would help to banish God totally from the public arena. We wouldn’t want people taking a fatalistic, it’s all in God’s hands view now would we. An example is the nomination of judge Amy Barrett for the Supreme Court. Senate majority leader Mitch McConnell has scheduled hearings before the Senate Judiciary Committee starting Monday the 12th of October to run for 3 days.

Several Democrat senators have said they will not attend the hearings as an act of protest. What is there to protest about this very fine judge? She is Catholic and apparently really is catholic as opposed to Joe Biden’s version of Catholicism. She really believes that it is morally wrong to pull a defenseless child from its mother’s womb and butcher it like an animal. That fact is the only reason for the protest and the only reason not to have a fast-tracked confirmation. It is also an example of how far we have traveled as a country along the road to insanity. Time was when religion was necessary for public office, but now it is a disqualifier.

The President responds in kind – and who can blame him?

I would imagine that all the hate and vitriol directed at him from certain Democrat operatives has made President Trump more than a little bit vindicative. If you have clear documentary evidence that people in high places tried to destroy you as a way to cover their own crimes it might tend to add a little vitriol to one’s demeanor. That is exactly what has happened to Mr. Trump.

Yes, folks just when you are starting to think we have hit bottom as a people something comes along to let us know that the elevator is still on a downward path. For example, the President recently ordered the declassification of all documents relating to the scandal commonly known as Russiagate. That is the scandal whereby the Russian Intelligence services intervened in the 2016 election on behalf of Donald Trump. Thus causing Hillary Clinton’s defeat and her vindictive attitude.

The documents tell a far different tale, however. The former director of the CIA, John Brennan, briefed President Obama in person and in writing about the fact that CIA had discovered that Mrs. Clinton had concocted the entire Russia hoax out of thin air to provide cover for her own email scandal. In that scandal Mrs. Clinton, while holding the position of Secretary of State, had 10’s of thousands of classified emails on her private server and her personal laptop. The CIA and President Obama referred the matter to the FBI. Where it disappeared down Andrew McCabe and James Comey’s rat hole.

The media is virtually silent on this issue, I would guess to prevent damage to Joe Biden. Certainly, it is not to protect Mrs. Clinton since she is officially damaged goods right now. Didn’t she just publicly say, though, that Joe Biden should not concede defeat under any circumstances? I wonder if that was because a Trump victory would mean indictment and probable prison for her. (And a few others.)

The documents apparently reveal that Brennan, and the U.S. Intelligence community knew months before the 2016 election that the Russian collusion smear was the result of a campaign operation hatched by the campaign of Democratic presidential candidate Mrs. Clinton. Brennan’s notes reveal how seriously he took the issue and the steps he went through to properly brief President Obama. They knew it was false, but they went forward with it anyway.

It is ironic that Hillary Clinton was one of the original Watergate lawyers chasing President Nixon from office. I remember quite clearly her saying what did the President know and when did he know it. Now, the phrase what goes around comes around comes to mind. It isn’t so much that almost every politician is bent in every direction. It’s just that sanctimonious expression they always have when their corruption is pointed out in public.

The Vice-Presidential debate Wednesday was, for the most part, different and more traditional that the Presidential debate. Kamala Harris said some things that will test her evaluation of the American people’s attitude toward the new woke culture. People want order and security above all things, and she took ownership of the black lives matter “peaceful protests”. You know, the ones that burned Portland, Seattle, and New York City. She said she joined in the protests and was one of them. Black Lives Matter is a hero of the country organization. We will see if enough voters are down with the anti-life violence that she represents.

Finally, folks, what is all the vitriol and hatred that drives the attempted coup against President Trump about? It’s not insanity, but instead it’s a realization that if Trump is re-elected they might face prosecution for their serious crimes, and if Biden is elected their crimes are buried forever.

1 This article reached CNAV on 12 October, hence the discrepant dates.

2 The President’s age makes his recovery the more salient and worth the attention of the country and its medical establishment.

“Insane Asylum” by darkday. is licensed under CC BY 2.0

[…] Albert Einstein defined insanity as repeating an action in the hope of achieving a different result. The Democrats put on this […]