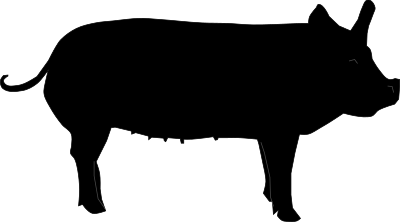 According to Wikipedia, the familiar term pork‐barrel politics

refers to instances in which ruling parties channel public money to particular constituencies based on political considerations, at the expense of broader public interests. . . .Typically, “pork” involves funding for government programs whose economic or service benefits are concentrated in a particular area but whose costs are spread among all taxpayers.

Difference between pork and porking

government funds, appointments, or benefits dispensed or legislated by politicians to gain favor with their constituents.

So, porking the court would mean nominating justices who would rule in favor of a particular constituency rather than dispensing the blind justice to which judges are constitutionally and honor-bound to adhere.

Anyone who has served on a jury knows that courts ask jurors to put their personal beliefs and preferences aside. Jury duty is an essential part of the American judicial system that entrusts citizens with the responsibility of impartiality. Blind justice requires impartial judges and impartial juries to provide equal justice under the law.

True revolutionaries do not flaunt their radicalism. They cut their hair, put on suits and infiltrate the system from within.

That is precisely what Barack Obama did.

How Obama engaged in porking the federal judiciary

The Book of Humanitarian Hoaxes, p.45

Barack Obama spent eight years politicizing the courts, and encouraging activist judges to exceed their lawful power and legislate from the bench. Obama presided over the systematic appointment of partisan judges in:

The rulings of these partisan judges were so egregious they gained the nickname “Obama” judges. For eight years, congressional Democrats under Obama used lawfare to promote their radical agenda. Instead of legislating, they abused the judicial branch with activist judges who abandoned impartiality to promote the radical leftist goal of a socialist America.

When Hillary Clinton lost the presidential election to President Donald J. Trump, lawfare became the principal Democrat operating strategy to obstruct and defeat Trump’s America-first agenda. For four years, Obama judges, RINOS, and the lawless Democrats in congress attempted to remove the duly elected sitting president of the United States. It was an unparalleled period of political malfeasance and treachery that continues and includes the ongoing directive to refuse acceptance of a Trump victory in the 2020 election.

And then came Amy Coney Barrett.

I have spent a good amount of time over the last month at the Senate; both in meetings with individual senators and in days of hearings before the Senate Judiciary Committee. The confirmation process has made ever-clearer to me one of the fundamental differences between the federal judiciary and the United States Senate, and perhaps the most acute is the role of policy preferences. It is the job of a senator to pursue her policy preferences; in fact, it would be a dereliction of duty to put policy goals aside.

By contrast, it is the job of a judge to resist her policy preferences. It would be a dereliction of duty for her to give in to them. Federal judges don’t stand for election, thus they have no basis for claiming that their preferences reflect those of the people. This separation of duty from political preference is what makes the judiciary distinct among the three branches of government. A judge declares independence not only from Congress and the president, but also from the private beliefs that might otherwise move her. The judicial oath captures the essence of the judicial duty; the rule of law must always control.

Judges work for you

My fellow Americans, even though we judges don’t face elections, we still work for you. It is your Constitution that establishes the rule of law and the judicial independence that is so central to it., The oath that I have solemnly taken tonight means at its core that I will do my job without any fear or favor and that I will do so independent of both the political branches and my own preferences. I love the Constitution and the democratic republic that it establishes, and I will devote myself to preserving it. Thank you.

Amy Coney Barrett’s acceptance speech is a commitment to the rule of law and the United States constitution as written. Why is this so important and timely? Because America is at the tipping point. Let me explain.

Gladwell: America at the tipping point

In 2000, Malcolm Gladwell published his extraordinary book, The Tipping Point: How Little Things Can Make a Big Difference. Gladwell describes the tipping point as “the moment of critical mass, the threshold, the boiling point.”

The 2020 American presidential election is the tipping point in America. Will Americans support America-first President Donald J. Trump and recommit themselves to blind justice and the nonpartisan rule of law as Amy Coney Barrett did? Or will Americans choose to descend further into the financially corrupt world of globalism’s Joe Biden, and the lawlessness of radical leftist Democrat Kamala Harris?

The American tipping point has arrived. Your vote will tip the country scale toward the Americanism of President Trump, or tip the country scale toward socialism. But this is what you need to know. Chaos is the prerequisite for seismic social change. Biden and Harris are the globalists’ useful idiots. Hidden forces are exploting Biden’s greed and Harris’ radical leftist ideology to bring socialism to America. If the anarchists and radical leftists having globalist financing, manage to create enough chaos to impose socialism in the United States, the socialist victory will have a very short life.

The current anti-American revolution convulsing the United States today is a war on America designed to collapse our constitutional republic in preparation for globalist one-world government. Socialism is the stepping stone. The transitional Biden/Harris socialist government would pack the Supreme Court.

Make no mistake, porking the Supreme Court is the end of a constitutional America and the beginning of tyranny. There is no freedom in a one-world government. There are only masters and slaves, a permanent ruling class of rulers and the ruled.

After 244 years of freedom, America is at the tipping point. We simply must reject radical leftist tyranny and reelect America-first President Donald J. Trump.

This article appeared first at Pundicity.com and appears here by arrangement.