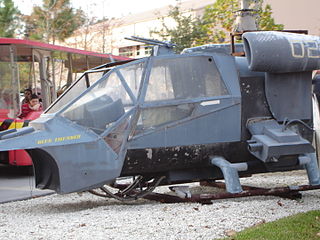 “Defund the police” has become a movement in America, and nowhere more so than in Illinois. We see Representative Cori Bush (D-Ill.) calling explicitly for defunding, and presumably abolishing, the police. And while Mayor Lori Lightfoot (D-Chicago) has not called for defunding the Chicago Police Department, she has acted to do so. (And the CPD rank and file know it. Recently they turned their backs on her while watching outside a hospital where one officer had already died and another lay in critical condition.) These two public officials have something else in common besides talking and/or acting against the police. Each of them is spending vast tax sums on private security for themselves. In short, neither wants to endure the chaos she has created or advocated.

Governments exist to bring order out of chaos

Jefferson famously said that governments exist “to secure” the “inalienable rights” of human beings. Ayn Rand, in her essay “The Nature of Government,” defined three core functions of government. They are: police, military, and judiciary. All exist to bring order out of chaos.

Human nature demands institutions like “government” and “police.” Without them, life really would be “solitary, poor, nasty, brutish and short.” (Hobbes T, The Leviathan, 1645.) Libertarians don’t necessarily believe that. Some of them believe that reasonable people can “get along” without levying a common “due”, i.e., a tax, to recruit, organize, train, equip, and deploy what some of them call an “army of occupation.” But we have no true test of that proposition, because no such thing as an anarcho-capitalist society has ever existed. Ayn Rand portrayed one in her greatest work, Atlas Shrugged – but membership in it was by invitation only. She recognized that government must have a monopoly on the use of force in retaliation. (But she urged governments to find voluntary means for their funding.)

But Cori Bush, Lori Lightfoot, and other like-minded officials are not libertarians. They want government to give members of their tribe, if not the whole population, a guaranteed daily ration. Do that, they propose, and crime will disappear because it will have no motive. So why have the police?

The charge: police exist to oppress

But officials like Bush and Lightfoot make a worse charge. This charge proceeds from critical race theory, a variant of the “critical theory” of Antonio Gramsci and the Frankfurt School. (See CNAV’s first article on critical theory, and MacGuffie and Stark’s more detailed treatment.) According to this charge, white society hires the police to keep nonwhites down. To support this view, they cite higher rates of incarceration—and recidivism—among nonwhites than among whites. But that is all they cite. To make the charge “stick,” they must show that the police benefit no one except whites. And they would help their case if they could show that nonwhites need not apply to join the ranks of the police.

They positively cannot show that last. Police began to integrate nonwhites—and females—into their ranks beginning in the Sixties. Esprit de corps has not suffered, and if anything has improved in the decades since. So the Bushes and Lightfoots don’t even try to show it. Instead they propound the incongruous message that nonwhites on the force actively, and willingly, assist in the oppression of their nonwhite “brothers and sisters.”

Before speculating on what Bush and Lightfoot actually think, one should follow the logic of what they’re saying. Thus far, according to critical race theory, they accuse the police of being the army of oppression of nonwhites on behalf of whites. Therefore, defund the police and you solve the oppression problem.

And if white knocks off white, who cares? No honor among or between the real thieves, right? And (to Bush and Lightfoot, anyway) the motives for white-on-white murder or grand larceny must seem esoteric. Kill your wife to be with your lover? We always knew white culture was prudish, and such motives arise out of such prudery. Kill your father for your inheritance? What nonwhite ever had an inheritance worth killing for? That’s just it!

The crime statistics do not, of course, bear this out. They depict chaos, especially in every city that has tried defunding the police. Nonwhite-on-nonwhite crime does occur – because criminals attack whom they know!

All crime results from covetousness. And – to paraphrase Sir Anthony Hopkins as Hannibal Lecter in The Silence of the Lambs (1991), how does one begin to covet? Does one go out and look for things to covet? No! Instead, one covets what one sees every day. For that reason, most crime happens within the neighborhood. The “tony” neighborhoods in the orbits of our largest cities present what looks like an exception. But those neighborhoods suddenly qualify as “what one sees every day” to those living outside them. (And the residents of those neighborhoods, if they have a criminal bent, are after bigger game than they can possibly score by simple burglary.)

But crime does not limit itself to the “tony” neighborhoods. The police have their biggest problems in the inner cities. People like Bush and Lightfoot never seem willing to acknowledge that. So when chaos reigns, they immediately blame the whites! Yet they offer no means by which the whites are supposed to be stirring up trouble in the nonwhite neighborhoods. (Unless they’re revisiting the premise of John Badham’s 1983 film Blue Thunder, that includes the prop in the above illustration.)

How these officials think they’ll address the chaos

CNAV contributor Darrell L. Castle discussed this more than a year ago. And this Charter Amendment illustrates best of all the “defund the police” rationale.

In brief, Minneapolis’ City Council proposed to subsume all law-enforcement functions under a “Department of Community Safety and Violence Prevention.” How they proposed to guarantee community safety or prevent violence, their proposal never made clear. It spoke of “a holistic, public-health-centered approach” to “public safety services.” It also spoke of “restorative justice.”

Restorative justice has a definition that comes, oddly enough, from Prison Fellowship International. It means bringing offender and target together to discuss how to “restore” what the offender took or destroyed. For some offenses, especially petty theft, it can work well. For violent offenses, it can work if it makes the offender think about what he did and how he would like to have someone do it to him.

That’s all very well – after you first adjudicate the offense. And for someone who has not utterly destroyed the life of another, it can work. But it assumes repentance and willingness to change.

Why this won’t work

Again, this assumes adherence to a moral standard everyone accepts. Jesus Christ (Matthew 18:15-20) outlined the basic principle – but cautioned that sometimes the only remedy is to expel the offender. Paul of Tarsus (I Cor. 6:1-11) added this: keep it in the Family. But the Minneapolis Public Safety Charter Amendment did not allow for banishment or similar sanction. The target still has to live with the offender. For it also assumes that the offender keeps to the standard-of-value of what’s good for his fellow “victims” of “oppression.”

In point of fact, the petty thieves are not, in the main, a bunch of Jean Valjeans merely stealing loaves of bread to eat. Observe what happens when public utilities fail for any reason. Looters will steal anything that someone hasn’t nailed down and is willing to defend with a gun. Nor does that limit itself to foodstuffs. Ask the owner of any consumer electronic store who has gone through a blackout or a riot. Ask why so many nonwhite-owned businesses have closed or at least moved away.

And once again: when whites are the targets of crime, who cares? They are getting what they deserve!

Breaking the rule of law

To point out that this breaks the Fourteenth Amendment would be useless. Of course proposals like these deny to whites the equal protection of the laws. As far as the proponents of defunding the police are concerned, whites have forfeited this protection.

The problem is: when the Bushes and Lightfoots demand that taxpayers protect them and not anyone else, they deny to everyone else within their jurisdiction, white or not, the equal protection of the laws. This goes along with spectacles like the Obama Big Birthday Bash at Martha’s Vineyard over the weekend. Such spectacles illustrate a very cynical and thoroughly un-American principle: Rank Has Its Privileges.

So what will follow is a further step toward chaos – with the proponents demanding that the very public upon whom they visit the chaos, protect them from it.

Lay the hypocrisy aside. Consider what they must be thinking. Do they really believe that the police exist only to punish nonwhites for real or imaginary nonwhite-on-white crime? And that they can eliminate nonwhite-on-nonwhite crime with a cadre of social workers that outrank law enforcement?

No one who wins election to public office can be that stupid. They want the chaos.

A legendary Fabian once stopped a fellow Fabian from offering money to a beggar. “Don’t delay the revolution!” he warned. For out of chaos comes a new order – under which no moral person would care to live.

Where Is The Law? There Is NO Law: While You Are Being Distracted By Cuomo’s Sexual Crimes, De Blasio Is Mandating Proof Of Vaccines (Video)