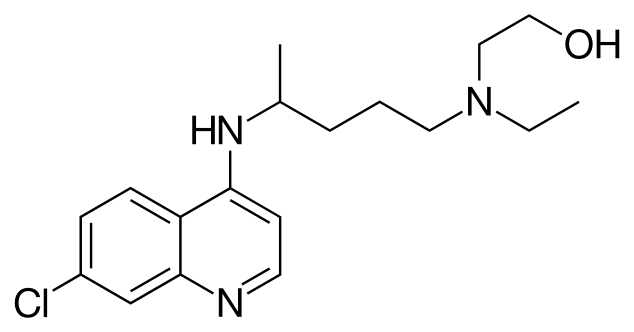 The government’s attempt to destroy hydroxychloroquine as a COVID treatment has caused loss of life and is a disturbing reminder of the effects of propaganda. It is not too late for doctors to use hydroxychloroquine to save lives. But first let’s see why so many fear it.

Hydroxychloroquine – history of its use

Since HCQ was approved in 1955, millions of doses have been safely delivered for lupus, malaria and rheumatoid arthritis. The side effects are well known and easily avoided through proper dosage. In 2020, HCQ was the most widely used anti-COVID treatment globally and early reports attested to its safety and potential.

Yet to read the flood of recent studies and headlines you would think it is a deadly toxin.

In April 2020, President Trump praised hydroxychloroquine saying it shows “tremendous promise” against COVID and “we are quickly studying this drug.” Yet Anthony Fauci’s National Institute of Allergy and Infectious Diseases refused to sponsor any studies on HCQ.

“Hydroxychloroquine’s ‘nail in the coffin’” – Politico

No wonder people were terrified of HCQ. Since the compromised studies were published in respected journals, many physicians turned away.

But conflicts of interest, study misrepresentations, and blatant falsehoods tell a different story.

When the peer-reviewed, multi-hospital Ford Study showed HCQ was safe and held promise, Fauci attacked the report as “flawed” and mocked the peer review process. He told Congress it an observational study, not the ‘gold standard’ Randomized Controlled Trial, and some patients also received a cortico-steroid which skewed the HCQ results. In the testimony, Fauci praises studies which he calls RCTs. As you will see the cases suffered greater flaws than those he attributed to the Ford Study and several were observational, not RCTs.

The facts do not support Dr. Fauci’s complaints

Fauci remarks played well in Congress, but his 2 complaints were misleading.

1. As Fauci knows, RCT’s take months to complete and COVID had just appeared. It was impossible to conduct an RCT in that time and potential treatment feedback was desperately needed to save lives. That is where observational studies are most valuable. Even the NEJM says observational studies may have more value than RCTs during a viral outbreak such as COVID-19.1

According to the NEJM,

Despite their strengths, RCTs have substantial limitations.

These limitations also affect the use of RCTs for urgent health issues, such as infectious disease outbreaks, for which public health decisions must be made quickly on the basis of limited and often imperfect available data.

2. People lives were at stake. Adding a cortico-steroid to the HCQ may have saved lives and is easy enough to do in a hospital setting. It did not diminish the fact that HCQ had possibilities and needed to be further researched which is exactly what the study said.

Fauci’s attack on the Ford study was baseless. So unrelenting were the attacks that one researcher said it was impossible to find volunteers to continue HCQ trials.

Hundreds of studies show that HCQ is safe and effective when conservative doses are administered in the early stages of COVID and before inflammation begins.

Big problems with studies purporting to show that hydroxychloroquine is unsafe

Shortly after Trump’s recommendations the VA released a study showing hydroxychloroquine was not only ineffective, it increased mortality.

Authors said: “…this retrospective study did not identify any significant reduction in mortality or in the need for mechanical ventilation with hydroxychloroquine treatment with or without azithromycin.”

An obvious conflict of interest leading to a retraction

Surgisphere Study: “Hydroxychloroquine or chloroquine with or without a macrolide for treatment of COVID-19: a multinational registry analysis”

Authors said: Hydroxychloroquine showed no benefit, was associated with increased heart arrhythmias, and increased risk of death. (This caused the FDA to revoke Emergency Use Authorization for HCQ and the WHO place a hold on their HCQ trials. Though the study was retracted, the FDA never reauthorized the EUA claiming additional compromised studies and the WHO still does not recommend using HCQ.)

Authors said: There was no benefit and withdrew the study. Lead researcher Landry said there were no harmful side effects but did not release study details. Info comes from their protocol and interviews.

And, for good measure, one more, and a review

Cavalcante Study: – “Hydroxychloroquine with or without Azithromycin in Mild-to-Moderate Covid-19”

Authors said: “The use of hydroxychloroquine did not improve clinical status.”

﻿Sources for the fear that HCQ could cause heart arrythmias

There are no studies indicating any life-threatening danger from taking HCQ as long as it is taken as recommended in the Ford study.

The animal study and a meta-analysis

A Georgia Tech study of highly concentrated levels of HCQ in Guinea pigs and rabbits showed a “worrisome arrythmia.” The report says, “…the study cannot be generalized to humans…” The authors then use data to speculate what they think might happen to humans if it could be generalized. This laboratory electrical impulse speculation has gained popularity. None of the studies reviewed showed any adverse effects from using HCQ beyond gastrointestinal upset.

Review Study: “Cardiac Complications Attributed to Chloroquine and Hydroxychloroquine: A Systematic Review of the Literature”

An October 2018 study did a database search on HCQ. Of millions of examples of HCQ users in the database, (over 5 million prescriptions for HCQ are filled each year,) the study identified 127 patients from 86 articles who took 1235 mg of HCQ or chloroquine for a median of 7 years and some took HCQ for 35 years. These were long term user for arthritis and lupus. As a COVID-19 treatment, patients are recommended a max of 800 mg for one day reducing to 400 for 6 days.

That is not to say many pro-HCQ studies are not also flawed. There are many small-scale studies, others are poorly controlled. Still, the overwhelming volume of quality research suggests that HCQ has been widely successful in treating COVID-19 when administered early and may well preclude the need for experimental and potentially dangerous vaccines and pills.

Follow the money – or why anyone would make a blast against such an inexpensive, safe and effective drug

Why would Anthony Fauci want to destroy the reputation of an inexpensive drug that is readily available, safe, and one of the most popular COVID-19 treatments in the world?

Fully 44% of the FDA’s annual budget is paid for by drug companies User Fees. While pharma argues that does not influence the FDAs approvals, it is hard to look at the lightning quick approval of the COVID-19 vaccines and now Merck’s molnupiravir as not showing favoritism.

The FDA has strict regulations and that presented a large problem for Pfizer, Moderna, J&J and any other company that presented a vaccine. According to Section 564 of the Federal Food, Drug, and Cosmetic Act:

“For FDA to issue an EUA, there must be no adequate, approved, and available alternative to the candidate product for diagnosing, preventing, or treating the disease or condition.”

If the FDA approved hydroxychloroquine, or Ivermectin as a cOVID-19 treatment it would be the end of the vaccines’ Emergency Use Authorizations.

For Pfizer who was in bankruptcy in 2007 and Merck who was forced to pay $4.85 billion in lawsuits their Vioxx painkiller, this is the payday they have waited for.3

Nothing new is happening today. For centuries rulers have used misdirection and propaganda to satisfy grandiose agendas to the detriment of those who elected them. Whether we call them kings, premiers, or presidents, the more their falsehoods succeed, the more brazen become their agendas.

The answer is for people to stop the progression by speaking up in the public square. Reject vaccine mandates and refuse to do business with organizations that demand them.

For years the left bragged about “speaking truth to power.” It is now our turn to speak out before more lives are lost.

1 The New England Journal of Medicine has taken to blocking the IP addresses of viewers they don’t like. If you have this problem accessing the linked article, you might need to invest in a Virtual Private Network. CNAV never thought it would see the day when VPNs became necessary to access the content of a medical journal. CNAV considers the policy of the editors of NEJM, and the Massachusetts Institute of Technology, disgraceful to science and medicine.

2 This same NEJM accepted for publication a group of papers by one J. R. Darsee, then at Duke University. Those papers had the imprimatur of the then-incumbent lead editor of Harrison’s Principles of Internal Medicine. Duke University had to retract that entire series, which turned out to be a total dry-lab job. CNAV wonders whether the NEJM might be short on institutional memory. Certainly it follows that the NEJM has a history of carelessness in the vetting of articles they accept for publication.

3 Normally CNAV would repose zero confidence in any editorial insight from a site like Common Dreams. Their solution to everything is to abolish private industry and have the government “in-source” everything. Government functionaries, in their view, would not be at the moral hazard at which private companies too often find themselves. CNAV happens to think such a worldview doesn’t say much for the common sense of one who holds it. Nevertheless, the moral hazard does exist. Are Pfizer and Merck guilty of fraud? That case ought to come to trial in a court of law.