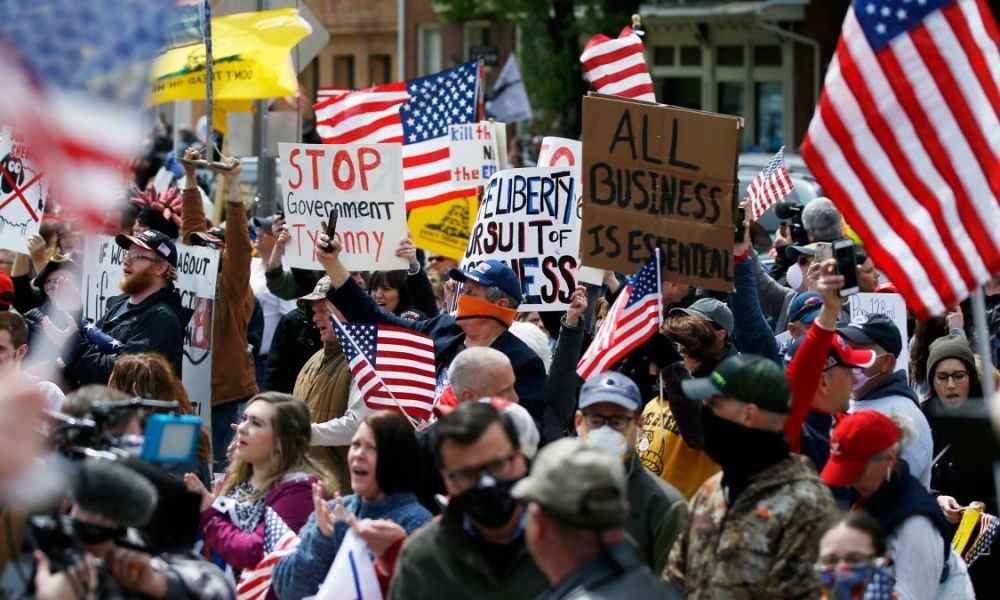 About 6 in 10 Americans support allowing businesses to reopen even before the coronavirus is fully contained, a new poll found. And of those surveyed, a majority of Democrats now agree.

Although support for lifting coronavirus-related restrictions on businesses has risen only modestly over the last week to 63%, according to an Ipsos-Forbes Advisor survey released Friday, this week a majority of Democrats are now notably on board for the first time since a brief stint of majority support between June and July of this year. The slim 51% majority marks the first time since the delta variant began surging throughout the country that a bulk of Democrats have joined Republicans in supporting allowing businesses to fully reopen.

Since the coronavirus pandemic began, a majority of Republicans have supported lifting coronavirus-related restrictions, reaching 81% this week. The survey, conducted Oct. 19-20, found that 53% of respondents also believe the economy will recover quickly once pandemic-related restrictions are lifted. But even more believe those restrictions should be lifted regardless of whether the virus is contained, at 63%, which is nearing the highest point seen during the pandemic so far. The figure previously reached 66% in June 2021.