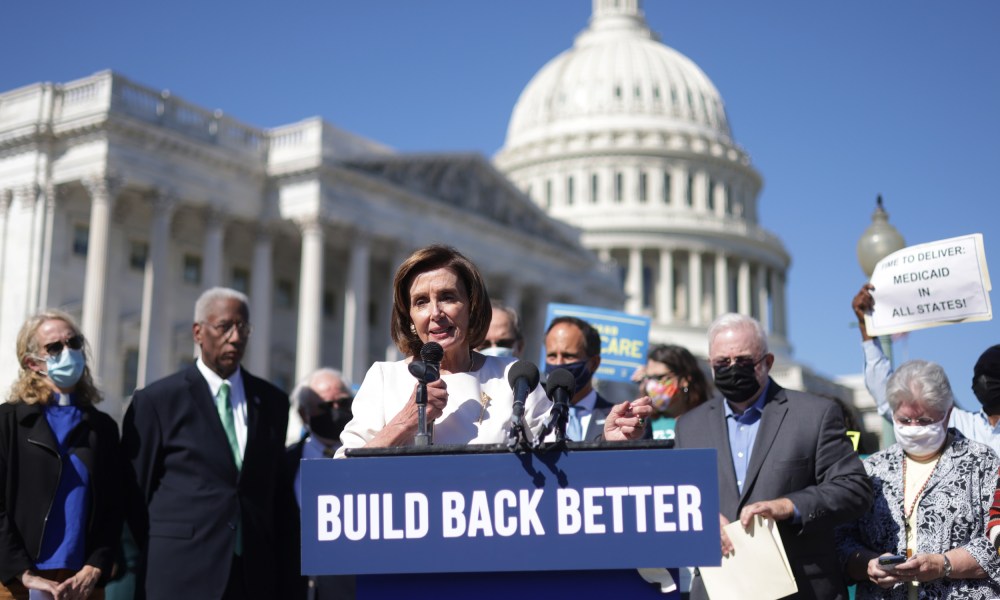 House Speaker Nancy Pelosi said Sunday Democrats are planning to have an “agreement” on a framework for President Joe Biden’s sweeping social safety net plan and a vote on the bipartisan infrastructure bill in the next week. “That’s the plan,” she told CNN’s Jake Tapper on “State of the Union.”

Asked if they’ll have a deal on Democrats’ spending bill by the time Biden leaves for Europe later this week, Pelosi said, “I think we’re pretty much there now,” adding, “We’re almost there. It’s just the language of it, but it will not offend, shall we say, the concern that Sen. (Joe) Manchin had about the (Clean Electricity Performance Program), but nonetheless, the point is to reach a goal,” she said. The final price tag has not been disclosed yet, but the source said that Manchin has informed Democratic leaders he’s open to $1.75 trillion.

Last month, Pelosi promised moderates that she’d bring the infrastructure bill to the House floor for a vote on September 27, before extending the deadline to September 30. But the vote was delayed again due to a stalemate between progressives and moderates in the caucus over the originally proposed $3.5 trillion budget bill.

“There was no deadline that was missed because of the progressives. The deadline was missed because they changed from $3.5 [trillion] to one half of that,” Pelosi said Sunday. Senator Bernie Sanders on Saturday expressed confidence that Medicare expansion of dental, vision and hearing coverage won’t be removed from the paired-back spending bill.

“The expansion of Medicare to cover dental, hearing and vision is one of the most popular and important provisions in the entire reconciliation bill. It’s what the American people want. It’s not coming out,” tweeted the Vermont independent, who chairs the Senate Budget Committee.