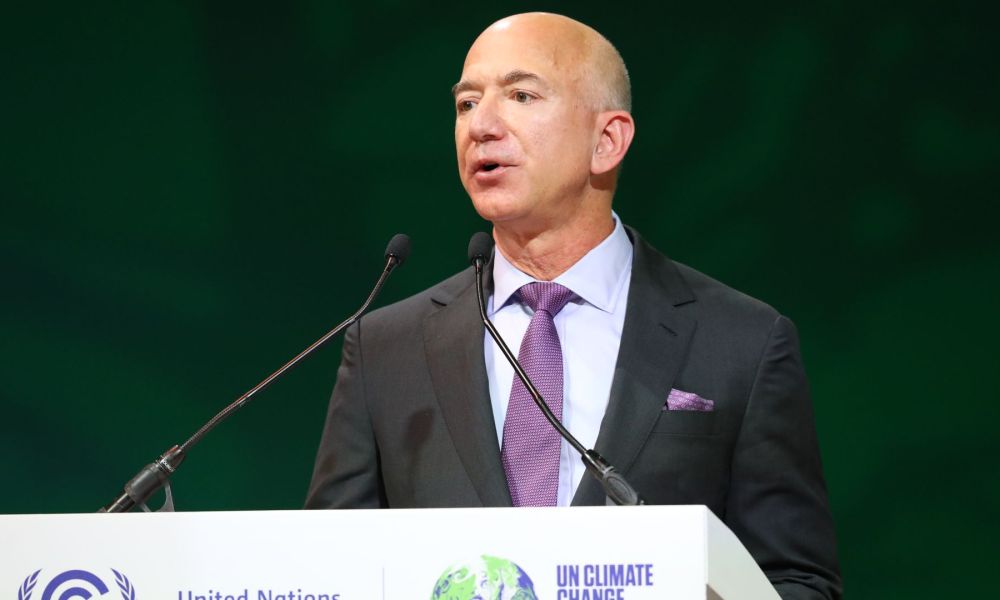 While speaking at the UN climate conference COP26 in Glasgow, Scotland, Amazon founder Jeff Bezos pledged $2 billion to be used towards conservation efforts.

Bezos is the second richest person on the planet, with a net worth of over $200 billion. The billionaire created the Bezos Earth Fund in February of 2020, which is a $10 billion philanthropic initiative with plans to utilize the funds by the end of the decade. His most recent $2 billion pledge will be going into this fund.

Speaking at the conference, Bezos shared his goals. “We must conserve what we still have, we must restore what we’ve lost, and we must grow what we need to live without degrading the planet for future generations to come.” He talked about his flight to space earlier this year and the way that affected his perception of the environment. “Looking back at earth from up there the atmosphere seems so thin, the world so finite and so fragile. We must all stand together to protect our world. Climate change gives us a powerful reason to invest in nature.”

Bezos is already looking ahead to next year’s conference. He shared that the Bezos Earth Fund would be “eager to participate in a concerted strategy led by African nations to seriously and effectively ramp up support for restoration on the continent.” He also highlighted the importance of private industries taking initiative in conservation efforts, saying: “We cannot rely only on governments, philanthropy, and NGOs to fix the climate crisis. The private sector also has to play its part. Companies need to take leadership positions.”

He included his own company in his call-to-action. “Amazon aims to power all its operations by renewable energies by 2025,” he said, restating his goal for the company to be carbon-neutral by 2040.” Amazon reported that there was a 15% increase in 2020’s indirect emission from 2019. In addition, the company said that if its emissions are measured relative to its booming sales, its carbon footprint has been decreasing. This calculation is known as carbon intensity, which some climate experts claim is a diversion from its increasing amount of carbon emissions.

An industrial ecology professor at the University of California, Santa Barbara explained, “The planet doesn’t care about carbon intensity. The climate is being hurt by absolute emissions.” The company received surmounting from employees and the public to ramp up efforts towards reducing emissions and contributing to climate change efforts.

President Joe Biden was also in attendance at the conference. He and other leaders pledged to end deforestation worldwide by 2030 early in the conference, which lasts until November 12. Bezos pledged $1 billion in September to his fund, upping the value to $3 billion this month.

Facebook announces it will shut down its facial recognition program