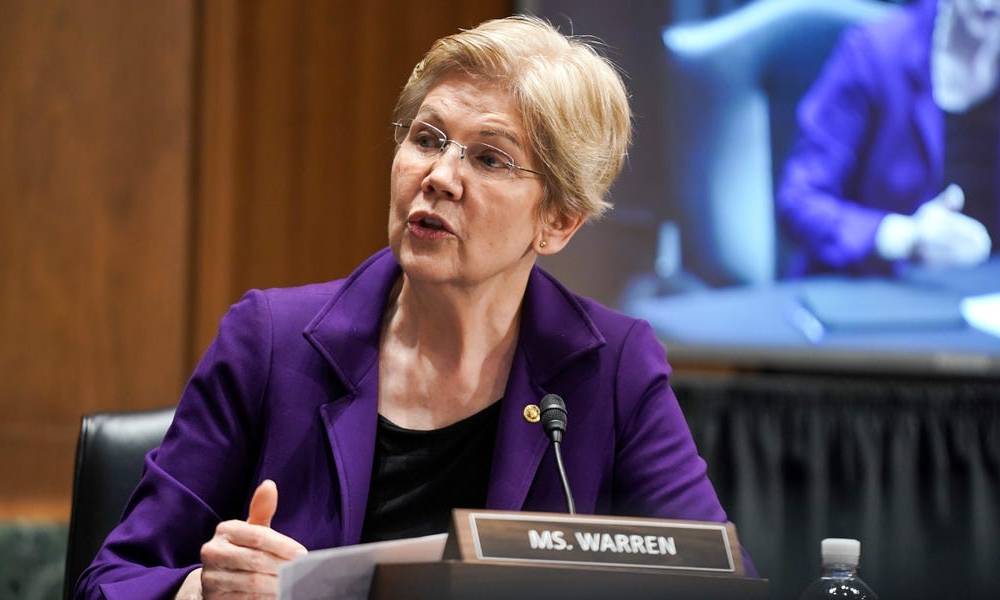 Elizabeth Warren said a vote on President Biden’s Build Back Better bill is “unlikely” before Thanksgiving.

The companion bill to Biden’s $1.9 trillion infrastructure bill passed by the House earlier this month is a “once-in-a-generation investment in our people,” the president has said.

During a Sunday appearance on WCVB’s “On the Record,” Warren said the Senate has “a deep and abiding commitment to the rest of it.” Doing so will require commitment from all 50 Senate Democrats. “Whether we can get both of those done by Thanksgiving, I think that’s pretty unlikely,” Warren said.

The splitting up of the two infrastructure packages has angered progressives, who voted against passage of President Biden’s $1.2 trillion spending bill. U.S. Rep. Ayanna Pressley (D-MA) was among the progressives who voted no. The other nine members of the Bay State’s congressional delegation, also Democrats, voted for the bill.

Pressley and five other far-left Democrats said at the time that they voted against the bill after legislative leaders pushed off a vote on other aspects of the bill on health, family and climate change programs until later this month.

Warren said she has “a lot of respect for what Ayanna was doing here,” to hold Democratic leaders accountable for policy promises. “It’s about reducing costs on families,” Warren said.

Warren also talked about the lagging investigation into the Jan. 6 insurrection and the involvement of former President Donald Trump, complaining that, “there is not a bipartisan commission that was immediately put in place to get into who knew what and when they knew it.”

“I think Donald Trump is playing the game here that if he can delay long enough on the release of papers and so on — maybe in the 2022 election, the Republicans will take back the House and then they can immediately get rid of the investigation. That is shameful,” Warren continued [Boston Herald].