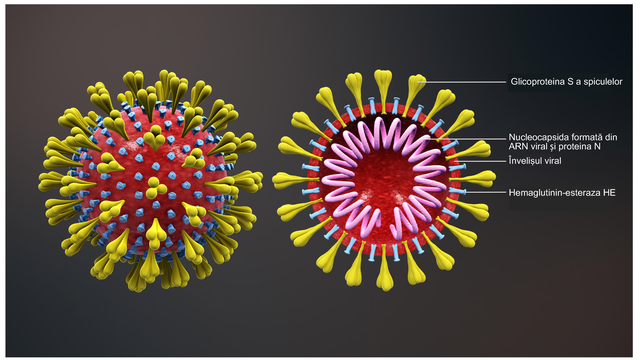 The last three days have seen some extraordinary revelations about the Corona Virus Disease (COVID) and its actual casualties. One casualty might soon be the credibility of government agencies and the faith of the public in certain politicians. In the meantime, we have a report that, if correct, introduces a very interesting insight into the attitude of a traditional government core function agency. In this case it is the United States Army.

Three days ago, Harris County (Texas) Executive Lina Hidalgo breathlessly reported the first death of an American resident from the Omicron variant of SARS-CoV-2, the causative agent of COVID.

But Dan Cohen of MPN took the time to call the Harris County Public Health Department. This tweet holds an embedded recording of his phone call to them.

And what do you suppose Martha Marquez, the HCPH’s representative, told Mr. Cohen?

We can’t confirm the patient died of COVID, but we can say that he was omicron positive at the time of his death.

In other words he died with COVID but not of it. The Western Journal has the best written transcript of the interview.

Dan Cohen then had a field day.

The first person to wrongly claim that a man died of the Omicron variant was the county’s chief executive. Will she correct the record, or let the misinformation stand?

Don’t leave the media out!

Nor did he stop there. He blamed the other news outlets for not bothering to double-check, as he did.

Why did none of the media outlets that echoed Lina Hidalgo’s incorrect statement bother to check with the Harris County Public Health Department? Seems like they have an interest in spreading panic among the public.

An assessment with which CNAV certainly agrees. Look at this from The Washington (Com)Post. And this from Newsweek, obviously pushing the no-natural-immunity part of The Narrative. Dan Cohen scooped them both – and indeed humiliated them.

CNAV would guess the Mainstream Media have two motives to spread this panic:

In any event, someone has caught out a bunch of liars with the simplest investigation. Fifty years ago, this kind of investigation would be routine. Today the Mainstream Media would rather run with The Narrative than check behind it.

This comes after “Sleepy Joe” “warned” of “a winter of severe illness and death” from the Omicron variant. No, not warned. Threatened. If readers want to know why we need better organization of the militia, that’s why.

Yesterday we also heard this from The Western Journal: hundreds of fully vaccinated people died of COVID anyway. Don’t just take their word for it. Instead, read for yourselves the Breakthrough Case Report of the Oregon Health Authority.

It would appear that the vaccine does not protect against death from the disease. Actually, whether they died of COVID or the COVID vaccine remains an open question. See John Anthony’s latest summary of the science (and the lies) about COVID.

In it he includes a study saying that vaccination status makes no difference in the COVID morbidity and mortality statistics. Again, those statistics are suspect. The CDC and FDA very often misattribute vaccine misadventures to the disease. In part this results from their definition of a fully vaccinated patient. To them, this means one who has waited fourteen days after “completing the course.” But if a breakthrough infection means one happening after “completing the course,” then we have confirmation: it makes no difference.

Did the WHO head say countries are distributing boosters in order to kill children?

That’s the latest we now hear. Play the video in this tweet and judge for yourselves.

And from another user:

The acknowledged words of this UN official cast enough doubt on The Narrative. He is warning that vaccinated people are more likely to catch the Omicron variant. But he also is feeding the hype about this variant. In fact this variant is contagious but non-lethal. Twelve alleged fatalities have happened in the UK. And so far we can discount that reported case in Harris County, Texas and say that we have seen no fatalities in the United States.

But he absolutely did say,

Some countries are using boosters to kill children and that is not right.

Play the video. He says so very clearly, and no mistake.

Does COVID and/or the vaccine kill sperm?

This from Euronews definitely says any man who has COVID will lose sperm quality for months afterward. Eventually the sperm quality does recover. But ask yourselves: doesn’t the mRNA vaccine consistently shed spike protein into your bloodstream? That’s worse than a one-time exposure. We have here the smoking gun that says the COVID vaccine is a sterilant. It sterilizes men and we have already seen it produce miscarriages in women.

Note: Euronews fed that part of The Narrative that denies any effect from the vaccine. But that was before the recent study showing that the virus diminished sperm counts. In that light, CNAV would suggest that Euronews re-examine their earlier conclusion.

A new combination therapy to treat the infection?

WorldNetDaily reports on “preliminary tests” of a combination of diphenhydramine (an antihistamine) and lactoferrin (an ingredient in cow’s milk) on SARS-CoV-2. Dr. David A. Ostrov and his team at the University of Florida have inhibited virus replication in monkey cells and human lung cells, using a combination of these two substances. But they are far from human trials. In any event, CNAV will not recommend cow’s milk. The cow’s-milk diet for children in the last century likely made the annual ‘flu epidemic far more severe than it might have been. And diphenhydramine will make you drowsy. Wait for the human trials.

Recently Dr. Joseph R. Mercola released insights on other medications and supplements that can not only protect against the disease. They can detoxify the body of the SARS-CoV-2 spike protein. This applies whether you caught the virus or took the vaccine (or suffered someone giving it to you by force!). Sadly, Dr. Mercola’s article has disappeared, in accord with his present policy of presenting such articles for 48 hours only. But this key source remains: from the World Council for Health, a “Detox Guide” for COVID and the vaccines. This same source boldly called on world health authorities to cease and desist distributing and administering the “jab.”

You can also see this 19-minute excerpt from a hearing about the “gain of function” research that made COVID what it is.

What is the Army doing about COVID vaccines?

That’s right: the United States Army is working on its own COVID vaccine. This from The Tatum Report and also from Defense One. The program allegedly is taking place at Walter Reed Hospital. This key fact helps assess how safe this vaccine might be:

Unlike existing vaccines, Walter Reed’s SpFN uses a soccer ball-shaped protein with 24 faces for its vaccine, which allows scientists to attach the spikes of multiple coronavirus strains on different faces of the protein.

SpFN stands for Spike Ferritin Nanoparticle. If the spike protein remains part of a larger molecule, perhaps certain proteolytic enzymes cannot cleave it and make a bad situation word. Perhaps. The Army has made only the Phase One clinical trial, which assesses safety. They’ve been working on the problem for two years. So that would exceed Dr. Luc Montagnier’s prediction of a die-off after two years. Which in turn shows that the vaccine is at least safer than the Pfizer or Moderna preparations. But we still won’t know how safe until ten years have passed.

CNAV cannot judge whether this new Army Vax will work without eventually killing everyone who takes it, or not. The answer will have to wait for years. But the present “vaccines” are dangerous and countereffective. Therefore CNAV recommends using the World Council on Health’s Spike Protein Detox Guide. That, and finding a sympathetic physician, likely in Texas, Missouri and Arkansas, according to an anonymous patient who sought help for his post-vaccinial syndrome from a sympathetic rheumatology practice in Texas. Such a physician can tailor a detoxification protocol to all the other medical issues a patient might face.

[…] your editor commented on developments – and lies and casualties – concerning Corona Virus Disease of 2019, COVID-19, […]