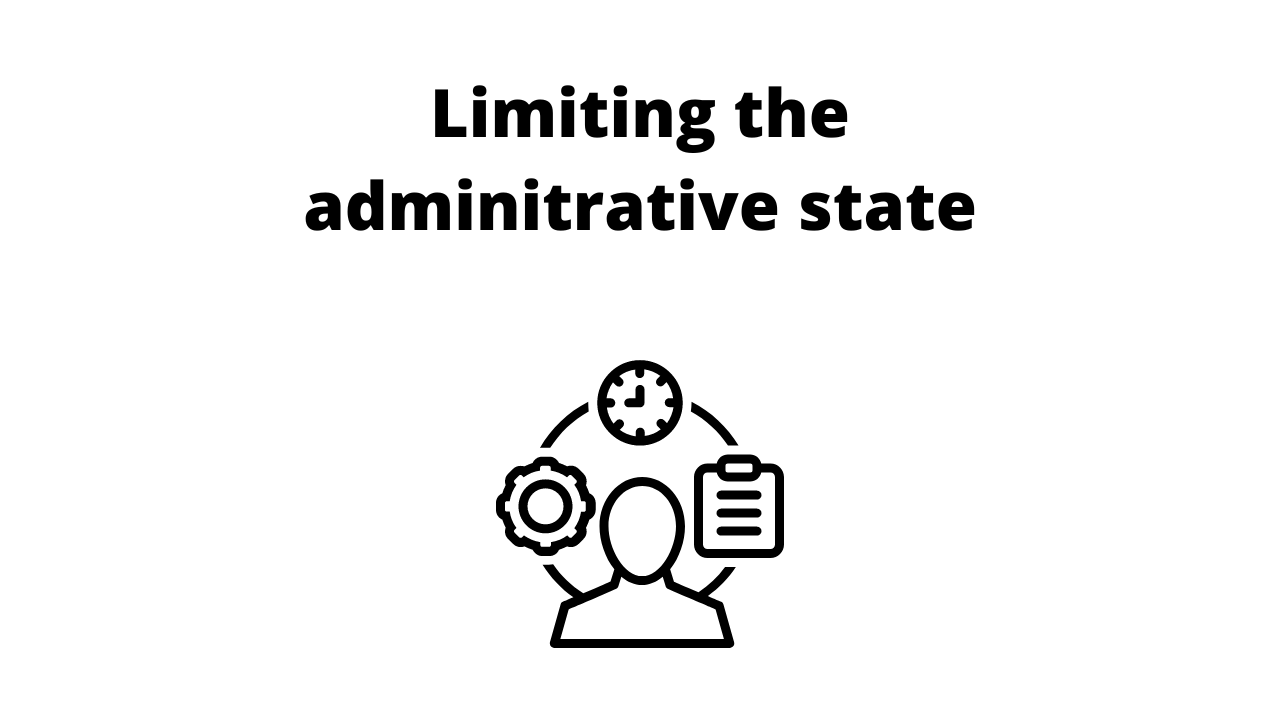 Hello, this is Darrell Castle with today’s Castle Report. This is Friday the 8th of July in the year of our Lord 2022.1 I will be talking about the recent decision of the Supreme Court of the United States in the case of West Virginia v. Environmental Protection Agency. SCOTUS, in effect, reversed the long-standing rule known as Chevron Deference which permitted agencies formed by Congress such as the EPA to formulate their own policy decisions even when those decisions were not made by congress and even when they affected whole industries or entire states. In effect, Congress delegated its law-making responsibility to unelected and unaccountable bureaucratic agencies.

Chevron Deference and the growth of the administrative state

The doctrine of Chevron Deference came from the 1984 case of Chevron U.S.A., Inc. v. Natural Resources Defense Council, Inc. Congress amended the Clean Air Act in 1977 to address states that had not attained air quality standards set by the EPA. The amendment placed onerous standards on those non-attainment states. Lawsuits were filed, decided, and appealed until the matter finally reach SCOTUS.

The issue before the Court was what standard of review should be applied by a court to a government agency’s own reading of a statute that it is charged with administering. The Court upheld the EPA’s interpretation of its power and from that emerged the doctrine that became the Chevron deference. The court’s two-part test: First, has congress directly spoken to the precise question at issue. If congress made its intent clear, then that is the answer. Second, if congress has not spoken then the court defers to the Agency’s interpretation if it is based on a permissible interpretation of the statute.

The Chevron case went on to become the most cited case in administrative law. The ruling that the judiciary should defer to a federal agency’s interpretation of language in Congressional legislation, or the Chevron deference has been the law from 1984 until now. Many regulatory decisions have been based on it and various regulatory agencies seem to think it makes the agency into a kind of super legislature.

That all changed with the decision last Thursday in West Virginia v. Environmental Protection Agency which originated during the Obama Administration’s efforts to destroy the coal industry especially effecting the economy of the entire state of West Virginia. The EPA formulated regulations that required energy producers to transition coal-fired power plants to natural gas. The state applied to the Supreme Court for a stay pending litigation which was granted in 2016.Very unusual for SCOTUS to grant a stay before a review by the Court of Appeals.

The Court was probably trying to prevent significant damage to the State of West Virginia during the long years of appeal. If the agency in the litigation ultimately loses it just says oh, I’m sorry and goes right on despite the damage suffered by the victims. When Donald Trump took office the EPA’s previous regulations were replaced with one that required coal fired plants to burn coal more efficiently but did not order them to stop using coal. The D.C. Court of Appeals struck down Trump’s regulation and Joe Biden was inaugurated the next day.

West Virginia asked the Supreme Court to overturn the D.C. Court of Appeals ruling under the idea that the regulation was so substantial that it effected the entire coal industry and therefore was a violation of the major questions doctrine under the Chevron case. It further alleged a violation of the non-delegation clause of the constitution.

Six to three against the EPA

The 6-3 decision was authored by Chief Justice John Roberts, and I quote briefly from his conclusion:

Capping carbon dioxide emissions at a level that will force a nationwide transition away from the use of coal to generate electricity may be a sensible solution to the crisis of the day. New York v. United States, 505 U.S. 144, 187 (1992). But it is not plausible that Congress gave EPA the authority to adopt on its own such a regulatory scheme in Section 111(d). A decision of such magnitude and consequences rests with Congress itself, or an agency acting pursuant to a clear delegation from that representative body. The judgment of the Court of Appeals for the District of Columbia Circuit is reversed, and the cases are remanded for further proceedings consistent with this opinion.

Does that language completely overturn Chevron? No, I don’t think it does, but it will strengthen the major question doctrine and it will force Congress to act instead of always just deferring to an unelected agency. Now the process of reviewing the decision and commenting about it begins especially in congress and the senate. Many take the position that this decision is an attack on the government’s ability to protect the environment, but that is not correct. The decision simply tells Congress that the people’s representatives who are accountable through the election process should decide such major questions.

Congress, do your job!

Many lament the fact that the EPA apparently does not have total power to destroy the American energy industry on its own. Congress must act and then face the voters if it wants to destroy the ability of states to use their resources to produce energy. Perhaps some type of compromise proposed and then debated out in the open in Congress is the answer. The answer is definitely not to empower bureaucratic agencies with no accountability to crash the economy of entire states through their own dictates. Congress may delegate some power to the agencies, but the agencies cannot simply make up law as they have been doing since the rise of the administrative state.

Instead of ranting about how terrible the decision is and what terrible consequences it will entail, perhaps Congress should reassert itself and do its job. President Biden says he wants to “cut the nation’s greenhouse emissions in half by the end of the decade and have an emissions free power sector by 2035.” A decision of such magnitude, according to SCOTUS, rests with Congress or an agency acting with clear directions from Congress.

How the administrative state grows: Congress passes the buck to it

Congress can escape responsibility and accountability to voters by delegating its authority to bureaucrats who then write regulations as they see fit. Those regulations have the authority of law and to enforce them the regulatory agencies issue judgments and penalties. When the regulations produce negative consequences, especially for the donor class, congress can deny any responsibility. SCOTUS then, has told Congress, pass laws and take responsibility as the Constitution requires you to do. Accountability is essential if the people are governed according to law.

The dissent misses the point

Some can’t seem to understand that this decision was not a ruling on climate policy or the Court trying to make climate policy, but a ruling that decisions of such magnitude should be made by Congress. Even the three dissenters on the Court did not understand the decision or at least their dissent did not reflect understanding. Justice Kagan wrote a separate dissent and Justices Sotomayor and Breyer joined her.

The Court appoints itself—instead of Congress or the expert agency—the decision maker on climate policy.

No, Justice Kagan, that is not what the Court did, and in fact, it did the opposite of what you seem to think it did. The Court did not supplant Congress, but it did tell Congress that it had to be the decision maker of decisions with such enormous consequences. Some people just seem to crave the power to make other people live by their declarations.

Of sausage and laws

Kagan says that Congress delegates its authority because actually using it is often “unreasonable and impracticable” for them to do anything else. Well, yes, Justice Kagan, like the old saying goes, the two things you don’t want to see being made are sausage and laws. Making law is messy, difficult, and time consuming, but it’s their job. Justice Kagan sees the EPA as the “experts” and far more qualified to protect the climate than Congress. The court stripping the EPA of authority she says,

I cannot think of many things more frightening.

Well Justice Kagan how about an unelected bureaucracy out to destroy the economies of entire states.2

The framers believed that a Republic—a thing of the people—would be more likely to enact just laws than a regime administered by a ruling class of largely unaccountable ministers.

Well said Justice Gorsuch and amen to that. Kagan praises the growth of the administrative state which tends to survive all elections and Gorsuch condemns it.

Sometimes when I’ve had all of the propaganda from the American media, I can take I go to Russia Today and find some Russian propaganda. There I found a fine article written by an American for its mostly Russian audience. The sub-heading of the article:

It’s good to know that Russia Today apparently has as many poorly informed writers as any other news site.

The article makes it sound like a Federalist decision, but the Court did not transfer power from the hands of Congress, it merely told Congress to exercise its Constitutional power. This writer goes on to argue that the decision impacts the whole world and that it undermines Washington’s global reliability. Other nations that Washington once called friends will now see Washington as unreliable. If 31 trillion of debt, almost 9% inflation, severe supply chain problems, food and gas prices soaring, looming war with China and Russia, if none of that makes Washington unreliable then I doubt if this case will.

One interesting footnote to all of this is that the efforts of the Biden Administration to destroy the fossil fuels industry thus forcing the world into green energy is failing because of that very policy. The nations of the world including Europe and especially China are turning to coal in a big way since they can’t get oil anymore. The push to accelerate away from dirty oil has backfired spectacularly. The global competition for coal has driven coal to unprecedented prices, but the world can’t seem to get enough. I suppose freezing in a dark winter and burning in the heat of summer is not very appealing to sane people.

Finally, folks, this Court seems to be trying to drag Congress and the Administration kicking and screaming back to the rule of law.

1 The date the author gives, reflects his usual date of broadcast and release. In fact CNAV is four days behind schedule, by reason of technical and medical issues. CNAV pledges to get back on track. – Ed.

The Constitution does not grant the nine unelected Members of this Court the unilateral authority to rewrite the Constitution to create new rights and liberties based on our own moral or policy views.

Blood Guiltiness: It Isn’t Over Yet – There Will Be Recompense On The Heads Of The Guilty