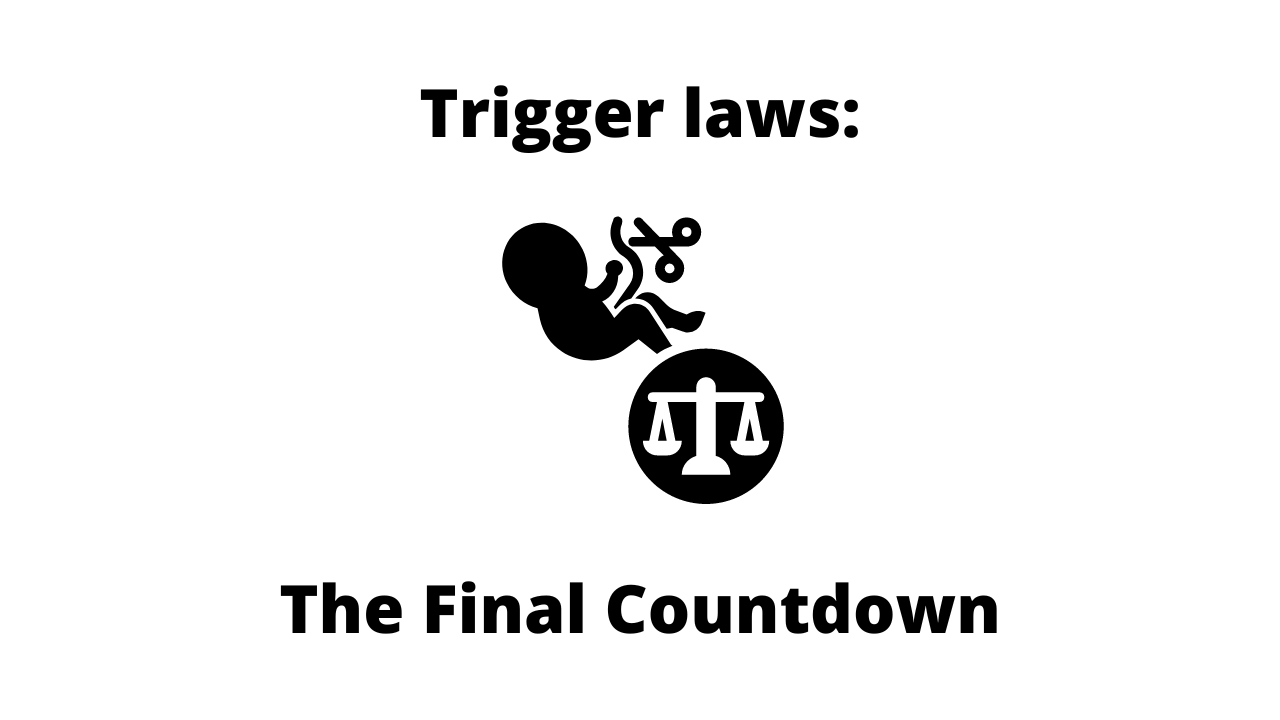 The final countdowns in Texas, Idaho, and Tennessee, leading to bans on abortions in those States, began Tuesday. On that day the Supreme Court issued its final judgment in Dobbs v. Jackson Women’s Health Organization.

From opinion to final judgment

The Supreme Court issued its slip opinion on June 24. But not until Tuesday (July 26) did the Court issue a final judgment on the case. Having issued that judgment, the Court will permit no further appeals or rehearings.

And according to the trigger laws in Texas, Idaho and Tennessee, on that date a thirty-day countdown began. At the end of it, those laws ill take full force and effect.

Full effect of the abortion trigger law in Texas

The Dallas Morning News has some of the particulars on the Texas law (HB 1280, 2021). The Patriot Journal has further details. Texas law already bans abortions, because a pre-Roe law, never formally repealed, is now back in force and effect. That law provides that whoever performs an abortion shall be guilty of a misdemeanor, and upon conviction thereof pay a fine and be subject to imprisonment from two to five years.

But HB 1280 provides much stiffer penalties. Anyone performing an abortion after the thirty-day countdown runs its course shall be guilty of a first-degree felony. (To attempt an abortion will become a second-degree felony. The law makes an exception in case of an immediate medical emergency.) Upon conviction a provider faces prison time from five years to life, and a fine of $100,000.

Many abortion clinics have closed in Texas. Furthermore, the Texas Public Policy Evaluation Project (University of Texas) found that 49.8 percent fewer abortions took place in September 2021. In that month the Texas Heartbeat Act took force and effect. The U.S. Supreme Court turned back several challenges, saying in effect, “Call us when you have an actual controversy.”