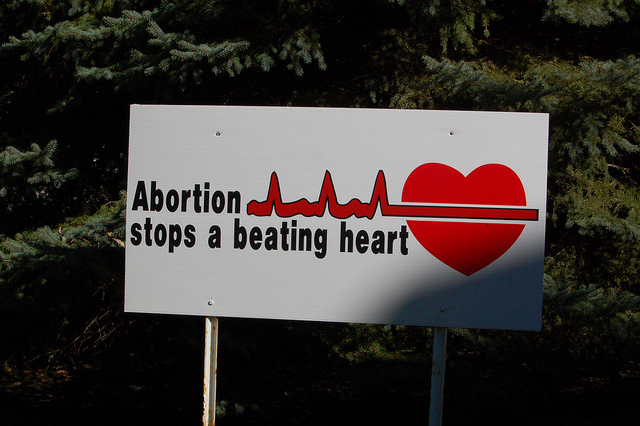 The Supreme Court of the United States made a significant ruling regarding the Texas Heartbeat Act. Briefly, the Court held that only abortion providers have any standing. Furthermore, they may not sue court clerks or any official except a State licensing official. The only reason they could sue licensing officials is that the law lets them revoke professional licenses from abortion providers. The Texas Legislature could decide to put that out-of-bounds. And—the key—the Court held that the law may continue in force and effect during the trial of the Jackson case. Which means individual citizens can still sue abortion providers for performing abortions that this law forbids.

By “abortion theater” CNAV does not mean “political theater regarding abortion.” Instead we mean that abortion is a theater of war. In particular it is a theater of lawfare – warfare with the law as battleground, using legal tools only. As such it is the perfect theater for the Judge Advocate General’s Corps of the American Patriotic Militia. Or would be if the American Patriotic Militia had the organization it should have.

Action on the Texas Heartbeat Act

CNAV has noted before that at least two legal trolls brought nuisance lawsuits under this law to provoke the courts to invalidate the concept. To review: the Texas Heartbeat Act lets individuals sue any abortion provider who performs an abortion:

From the beginning the Court has shied away from blocking this law. “Call us when you have an actual case,” they said at first. Two months ago, the Justice Department asked the Court of Appeals for the Fifth Judicial Circuit to block any such individual lawsuit under the Act. Two days later, the Fifth Circuit said no. Nine days after that (24 October) the Supreme Court also refused to block the law. They did, however, agree to hear argument on whether the DOJ had standing. Oral argument took place on 4 November (after the momentous off-year election in Virginia).

And now we have the ruling, following that argument.

The law remains in full force and effect. But the case of Whole Women’s Health v. Jackson continues. But the Court ordered a lower court to:

In addition the Court ordered the lower court to dismiss the case pending against a private citizen and anti-abortion activist. That activist said he never intended to file a lawsuit under the Texas Heartbeat Act. The petitioners did not contest that affidavit.

Justice Clarence Thomas dissented, saying the case ought to stop because no grounds exist to sue the licensing officials.

Last of all, the Court remanded the case, not to the district court involved, but to the Fifth Circuit.

The Texas Tribune covered the ruling, and the reaction. Reese Oxner and Eleanor Klibanoff, writing in the Tribune, said the Court left the plaintiffs

no clear avenues for a major victory on behalf of abortion rights advocates.

the ones that remain will likely be hard fought and wind slowly through the court system by way of appeals.

Current state of the abortion war from the Texas Heartbeat Act

Staying open is not sustainable if this ban stays in effect much longer… We are grateful for the donors and foundations and folks who have been supporting us in the interim … but the future looks bleak if we can’t get some justice here.

Recall that one abortion provider decided to do an abortion after six weeks. That case attracted the legal trolls. Intelligence on the disposition of that case is, thus far, lacking.

Ironically, Erik S. Jaffe, another opponent of the law, suggested the obvious thing. If a case is going to lose, don’t appeal. Instead, private citizens could simply keep suing and suing until any provider gave up.

Francis Grevemberg, Louisiana Superintendent of Police, quoted in the biopic Damn Citizen about fighting organized gambling in his State.

The road ahead – against abortion

This serves as yet another reason to organize the American Patriotic Militia properly and appoint a Judge Advocate General. That officer in turn should establish a Pro-Life Division to engage in, and support, action in the Texas abortion theater.

Today we have seen one provider deliberately challenge the law. That the only two to sue that person are two legal trolls should shame all pro-life activists. A real challenger should be pressing that case, and moving to take it away from the trolls.

More to the point, sooner or later an abortion provider will get desperate enough to risk triggering such a lawsuit. What happens when no one steps up to file such a lawsuit? The enemy calls our bluff, that’s what. In war, and in lawfare, the only way to bluff is not to bluff.

And if we lose one or another case, why, file the next one, and the next one. Even a finding against the constitutionality of the law cannot serve to stop another lawsuit. So – again following the example of Louisiana Police Superintendent Grevemberg – just keep suing them and suing them until their “patients” stop coming altogether.

If this doesn’t start happening, the law will die for lack of enforcement. Today the abortion lobby displays gloom and doom. Tomorrow…!

Attorney: Justice Will Not Come Through The Courts But By The People Rising Up!

[…] a look at current events in this regard. Texas, of course, passed its Heartbeat Act. Florida passed a bill forbidding the teaching of “alternative lifestyles” to the youngest […]

[…] this bill comes very close to invalidating the Constitution itself. First, in a direct swipe at the Texas Heartbeat Act, it defines any private person given standing to sue an abortion provider as a State actor, who […]

[…] or after the provider should have looked for a heartbeat and conveniently refused to do so. As such scarcely anyone yet has standing to challenge the Heartbeat […]