Barack H. Obama demands that Congress raise the debt ceiling. Funny—as a Senator, he demanded that Congress leave it where it was.

The fact that we are here today to debate raising America’s debt ceiling is a sign of leadership failure. It is a sign that the U.S. Government can’t pay its own bills. It is a sign that we now depend on ongoing financial assistance from foreign countries to finance our Government’s reckless fiscal policies.

Over the past 5 years, our federal debt has increased by $3.5 trillion to $8.6 trillion. That is “trillion” with a “T.” That is money that we have borrowed from the Social Security trust fund, borrowed from China and Japan, borrowed from American taxpayers. And over the next 5 years…the President’s budget will increase the debt by almost another $3.5 trillion…

Every dollar we pay in interest is a dollar that is not going to investment in America’s priorities.

So, who gave this fiscally conservative speech?

Surprise!! It was Senator Barack Obama, speaking on the public debt from the senate floor, March 16, 2006.

Obama then and now on the debt ceiling

Yes, in March of 2006 Obama decried Bush increasing the debt $3.5T over the previous five years. And, he predicted if we continued on Bush’s reckless path, would spend another $3.5T by 2011 – the next five years.

He was against raising the debt ceiling in 2006. So, what’s his record been since assuming office as president?

When Bush left office the debt ceiling was $10.6T. In 2 ½ years it’s gone up $3.7T. And to quote that fiscal conservative from 2006, “that’s trillion with a ‘T.’” So, that’s twice the increase in half the time Obama predicted it would be under Bush. Just sayin’.

His answer to our fiscal problems: divide the country with class warfare. Tax the “rich”; it’s only right they pay their “fair share.” Yup, turn American against American so he can spend, spend, spend. 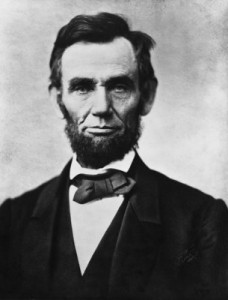 Obama is fond of quoting Abraham Lincoln, even though he was a Republican. Here is one of Lincoln’s quotes you won’t get from Obama:

You cannot help the poor by destroying the rich.

You cannot strengthen the weak by weakening the strong.

You cannot bring about prosperity by discouraging thrift.

You cannot lift the wage earner up by pulling the wage payer down.

You cannot further the brotherhood of man by inciting class hatred. (Emphasis mine)

You cannot build character and courage by taking away people’s initiative and independence.

You cannot help people permanently by doing for them, what they could and should do for themselves.

Ask yourself: what great improvements have we seen since progressives began spending umpteen Trillions of your tax dollars to improve education, poverty, transportation, infrastructure, whatever?

I think I know what your answer would be.

Where is the great concentration of people who have grown wealthy and have power over each and every American?

It’s not Wall Street. Not energy companies. Not insurance companies. And certainly not small business owners.

No, those people are all in one place – Washington, DC. And they continue to spend us into oblivion.

Terry, you’ve stated many times that you care deeply about whether what you write on this blog is true or not.

Now that Jose has provided a clear evidence that Lincoln did not say these words, will you have Rick edit or retract this article to correct the factual errors?

I see you’ve taken time to respond to other comments but have not remarked on this one. Once again: You’ve stated many times that you care deeply about whether what is written on this blog is true or not.

Now that Jose has provided a clear evidence that Lincoln did not say these words, will you have Rick edit or retract this article to correct the factual errors?

There seems to be a pattern on this blog, every time someone directly challenges you on the veracity of a specific claim being made here, you either argue against a straw man, or as in this case, simply refuse to even address it.

You’ve shown time and time again that you do not care about what is actually true, you are only interested in pushing your own ideology on others.