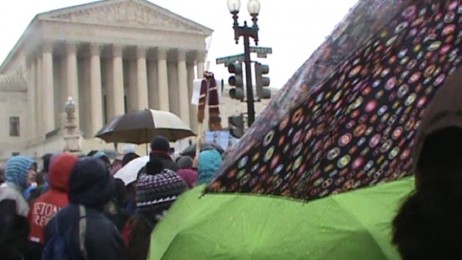 Who knew? Who knew the Super Bowl would become embroiled in the pro-life conflict? For all you football deficient people out there who were watching “Say Yes To The Dress” Sunday night, you missed a great commercial. It became all the talk Monday morning – and still is. That would be the Doritos Ultrasound commercial:

Doritos appeals even in utero

A dad is munching Doritos chips while his very pregnant wife is having an ultrasound. As he moves chips from bag to mouth he sees the ready-to-be-born baby aping (no Darwin pun intended) his actions. That prompts him to taunt the baby. He moves the chip up, down, in and out watching the baby follows his every move on the screen.

Finally the mom has enough, grabs the chip from dad’s hand and throws it on the floor. What happens next causes the mom, nurse and dad to scream as the baby literally pops out, reaching for that elusive chip.

Editor’s Note: “Doritos” is a registered trademark of Frito-Lay. The views expressed in this column are the author’s own and do not represent those of Frito-Lay. 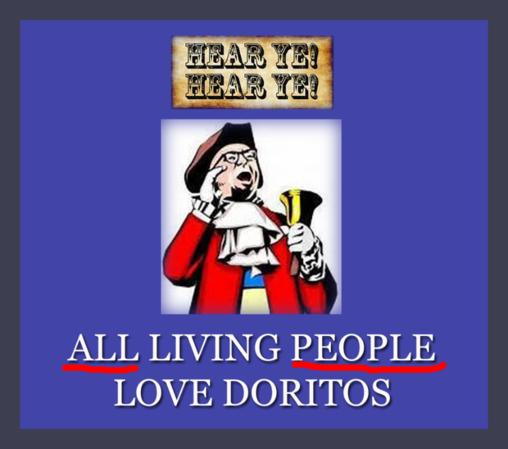 Turns out the commercial’s creator, Peter Carstairs, used the actual ultrasound of his son Freddie to create the animated baby. He told Entertainment Tonight, “Like, if Freddie was in utero trying to catch a Dorito, that’s what he would look like, because it’s him.”

Anyway, it’s a cute commercial and certainly one that will sell a lot of chips. But not to everyone…

Those seeing the ad may have thought it was cute, a little weird and maybe even degrading to men. But NARAL saw it differently. With a big “chip” on their shoulder they tweeted…

Really? Upset because a commercial “humanizes a fetus?” Did your science teacher not tell you everything on mother earth has but three classifications; animal, vegetable and mineral? Now I believe even you would accept the fetus is not vegetable or mineral, so, by default it has to be animal. But what animal? Is it dog? Is it crow? How about elephant, flea or fish?

Today your science teacher will tell you the fetus has its own DNA from conception. And yes, it is human DNA. Sorry NARAL, but science seems to belie your progressive ideology that a fetus is just a gelatinous blob.

Ah, but your Doritos tweet wasn’t your last rail against life, was it NARAL? Didn’t you also tweet about another Super Bowl commercial? Why yes you did. It was the cute NFL Super Bowl Babies ad to which you opined…

So you not only hate corn chips and ultrasounds because they prove a fetus is a baby; you seem to hate seeing any babies that had the audacity to be born. Obviously you feel aborting babies is far superior to having them.

Would you feel the same if your mother was as ardent about abortion as you? Probably not – because you wouldn’t be here. Mother’s Day is coming up, don’t forget to thank her!

Related Topics:abortionevidencemediascientific theory
Up Next

Rush, your establishment is showing