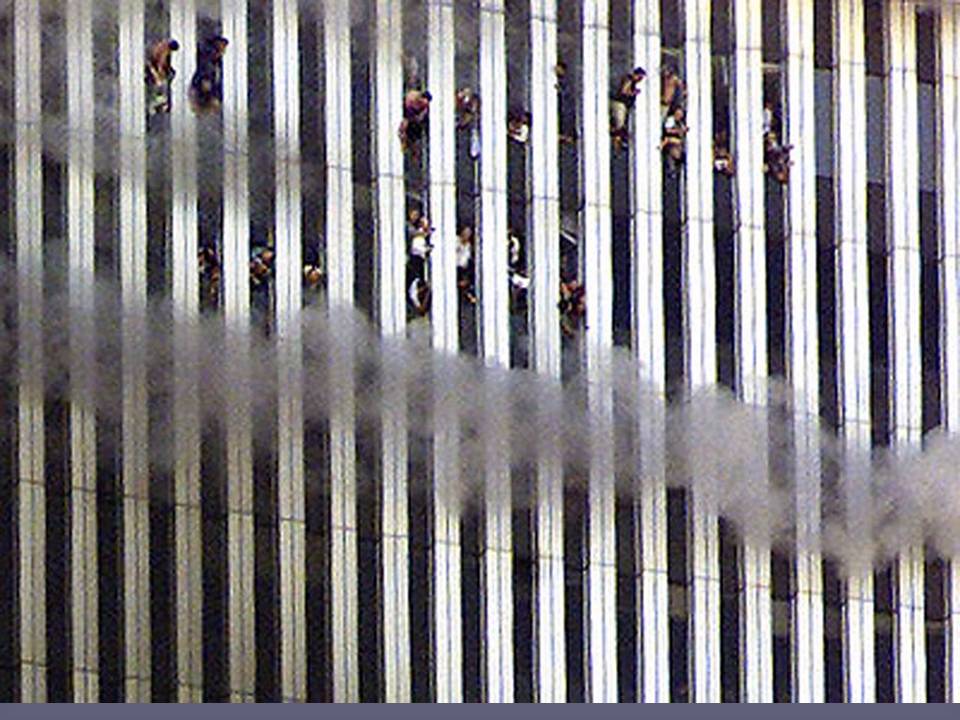 Tomorrow is the eleventh anniversary of 9/11. Uncannily, this anniversary falls on the same day of the week, in the eleventh year. (Numerologists should have a field day.) But this is also the favorite time of year for 9/11 conspiracy theories. Some who propound such theories have nothing to say beyond their own political motives. (See this sample.) But more than anti-Semitism, anti-Americanism, or anti-war-ism keeps 9/11 conspiracy theories current. The government has never investigated  9/11 as thoroughly as it normally would investigate any major disaster involving both transport (the airliners) and civil engineering (three collapsing buildings). Amateur investigators still ask questions that no one has yet answered. Until someone does answer those questions, 9/11 conspiracy theories will stay current. And they will color political debates on liberty, Middle East policy, et cetera ad nauseam.

Few Americans need to review the 9/11 events, if they’re old enough to remember them. New York City residents were minding their business. They included a WABC-TV camera crew taking footage of an NYC public-works crew at a manhole. The sound of screaming jets, far too low to make any sense, made people (including the camera crew) look up. They could not believe what they saw: an airliner, flying too low, moving straight toward the North Tower of the World Trade Center. And as they watched (and recorded on their video media), that plane disappeared into the building in a ball of flame.

Half an hour later, it happened again. And no, that second plane did not miss. Too many witnesses watched it hit. The second plane convinced everyone that two nefarious crews hijacked those planes and flew them into those buildings on purpose. Then came the report that a third airliner had struck the Pentagon (but on the reinforced side). After that came the report of the crash in Pennsylvania.

The United States government identified the culprits swiftly. They then retaliated almost as swiftly as the Republic of Israel normally does when someone shoots a rocket into one of their towns or farming communes.

And almost at once came the first 9/11 conspiracy theories.

9/11 conspiracy theories of all types 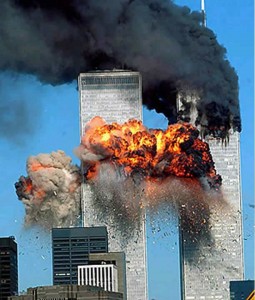 The first 9/11 conspiracy or “9/11 Truther” theories said that no planes had taken part. No reasonable person accepts such theories today. Again, too many witnesses saw them. The video footage below includes amateur footage. No one can imagine a conspiracy that could “stage” that.

The modern 9/11 conspiracy theory says that whoever did this, pre-wired the buildings to collapse on command. Bob Livingston (Personal Liberty) said this boldly today. At issue: the part of the South Tower above the plane-crash floors tipped over at first, then somehow righted itself. And then, according to one witness, that entire section went up in smoke.

But then—and this I’m still puzzling over—this block turned mostly to powder in mid-air! How can we understand this strange behavior, without explosives?

Livingston then quotes unnamed witnesses, including some of New York’s Bravest, “who saw and heard” explosives during the collapse. Colorado Public Television produced this show to explore this theory in greater detail. (Warning: this stream has two minutes of “advertising” footage at the beginning.)

The favorite subject of 9/11 conspiracy theories is actually Building Seven, not either of the towers. Nothing hit Building Seven. But Building Seven did catch fire and burn furiously. Then, hours after the incident, Building Seven imploded, almost as if someone had demolished it. Reporters and authorities said that the heavy fire, and the shocks of the collapses of the towers, had weakened the building. The current 9/11 conspiracy theory says that building had explosives ready to fire on command. And that Larry Silverstein, who had just bought the primary leasehold, gave the order.

Livingston and others suggest several motives for the government to bring the World Trade Center down on purpose:

That last figure is hard to believe. $2.3 trillion is about one-seventh the total national debt today. All that anyone suggests is that this staggering amount of money simply went to waste.

Arabs, of course, suggest that Mossad, the intelligence arm of the Republic of Israel, attacked the World Trade Center to “frame” the Arabs and gain sympathy for the “Zionist cause.” But Mossad did not stage the scenes of Arab residents of Judea, Samaria, and Gaza dancing in the streets. (Nor of boisterous rooftop parties in the Muslim quarter of Jersey City, New Jersey.)

Oddly, putative President Barack H. Obama had a 9/11 conspiracy theorist in the White House: Van Jones, the former White House Environment Czar. He talked too much about such theories (and other things). so Obama let him go. But most 9/11 conspiracy talk today comes from libertarian thinkers, not liberal thinkers. (In fact, most anti-war activists bitterly accuse Obama of betraying them.)

Where to find it

Material on 9/11 conspiracy theories and counter-theories abounds on the Internet. But no mainstream media organ has run a side-by-side comparison in years.

The most prominent 9/11 conspiracy site today is 911Truth.org. Livingston got most of his material from here. Another source, almost as rich, is the Loose Change series of films, now in its 2nd edition.

The site 911Research is as close to a “neutral” site as CNAV has found thus far. Their premise: the government has not answered all the questions about 9/11. 911Research also carries this review of Loose Change. Their opinion: Loose Change gets some things wrong, but viewers shouldn’t dismiss it out-of-hand.

Mark Roberts took scathing exception to Loose Change. He published this critique six years ago. (Only the Wayback Machine has it now, but CNAV found a Microsoft Word document of the original site, converted it to PDF, and offers it here.) One other critic of Loose Change suggests that, if what the filmmakers said were true, then the government should have long since killed them all. (CNAV will not link to that site, on account of its ungentlemanly language.) CNAV‘s reply: not necessarily. The late Saul Alinsky said that the best thing to do with a troublesome enemy is to make fun of him, so no one will take him seriously. Killing an enemy merely makes that enemy a martyr. (Which is a fancy Greek word meaning “witness.”)

Last of all, the Hardfire segment, last of the embedded videos, shows the producers of Loose Change debating face-to-face with their chief antagonist, Mark Roberts.

How Would Lincoln Vote in the 2012 Election?

“One other critic of Loose Change suggests that, if what the filmmakers said were true, then the government should have long since killed them all. (CNAV will not link to that site, on account of its ungentlemanly language.)”

That’ll be Maddox then?

Who’s Maddox? This was someone else, someone even more obscure.

Maddox isn’t obscure. Maddox has the best website in the universe. It says so on the internet, so it must be true:

On second thought: yes, that’s the one. But the language he uses is still unacceptable in polite company.

[…] in history.” Russia always made that charge about the United States. (So do many “conspiracy theorists” in America.) Notice that criminals, and criminal countries, always “throw off” […]