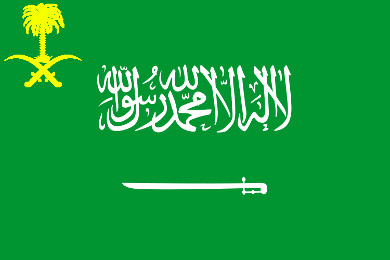 Glenn Beck, as he promised, today released details about the Saudi national in Boston. Those details are not flattering, either to the government or to certain media organs.

The three video clips below show a small part of the changing story of Abdul Rahman Ali Al-Harbi, Saudi national and “student”:

Timeline on the Saudi national 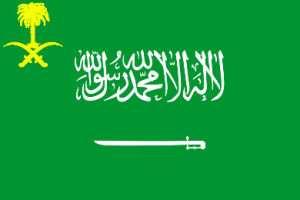 In 16 minutes, Glenn Beck sums up what he knows about the Saudi national:

This is why members of the House Committee on Homeland Security asked Napolitano in writing to give a classified briefing on the matter of the Saudi national.

This might also explain why unnamed sources at the FBI told the media to expect an arrest Wednesday. And when people mobbed the courthouse, the Officers Barbrady came out and said,

Nothing to see here. Move on.

Today the Department of Justice formally charged Dzhokhar Tsarnaev with using a weapon of mass destruction. They further announced they would bring him to trial in a federal court. Tsarnaev is, in fact, a naturalized citizen of the United States. But Ali Al-Harbi is not.

Why is this happening?

Douglas J. Hagmann, of The Hagmann and Hagmann Report, has another idea. He confirms many of the same details Beck released today. This includes how the government never takes someone off a Section 212(3)(b) list after first putting him on. But he goes further, and suggests a broader motive:

Our intimate relationship with Saudi Arabia began in earnest (most recently) under George Herbert Walker Bush, and was further expanded by George W. Bush, a/k/a “Bandar Bush,” a name earned for his intimate relationship with Prince Sultan bin Bandar of Saudi Arabia. It should be clear by now that the continuity of this globalist, Pan-Islamic agenda that existed under Bush was further solidified and even expanded by the Obama administration. It is not a political agenda, but a globalist one. We do not have elected leaders who favor the U.S., but internationalists that favor the globalist agenda. Understanding this should explain that the right-left paradigm is a historical artifact, and provide prospective in terms of how the government is pushing this agenda towards completion. We’ve been overtaken and captured from within.

Maybe Hagmann should have said “under Richard Milhaus Nixon, and was further expanded by George Herbert Walker Bush and his son.” Except that Hagmann isn’t talking about “petrodollars.” He is talking about a one-world government. That this one-world government should include “pan-Islamism” seems counterintuitive. Maybe men like Nixon, Kissinger, the Bushes, and various Secretaries of State under the Bushes, Clinton, and now Obama never recognized that Islam is at war with civilization.

Your editor can verify this much: Saudi Arabia has always practiced deception in their international diplomatic and business dealings. In the late Seventies, the Henry C. Beck Company, the premier general contracting firm in Dallas, TX, tried to do business in Saudi Arabia. They pulled out when the kingdom made clear that any disputes between Americans and Saudi nationals would come before Saudi courts, never American courts. Henry C. Beck was having none of putting his business interests at risk in a court system he knew he couldn’t trust.

But a Henry C. Beck knows better than to put his name, and his shareholders, at risk. A President of the United States does not have shareholders. He has campaign contributors, and advisers who have their own special interests at heart. That is why American Presidents and Secretaries of State often make decisions no hard-nosed businessman would ever make.

And if that includes special treatment for Saudi nationals who might be in league with terrorists, so be it.

What was this Saudi national doing there?

Less clear is just what Ali Al-Harbi really knows, or what he was doing on Boylston street to get hurt as he did. Or why authorities first “took him into custody.” That is until orders came down: “Let that man go.” First they were going to kick him out. Then they decided to let him leave without that opprobrium. And they changed official records that almost never change, to do that.

In 1953, Cary Grant, Deborah Kerr, Walter Pidgeon, and Betta St. John made an uproariously funny movie, Dream Wife. The theme: the diplomatic hoops our government officials jump through for cheap oil, and have jumped through since the Truman and Eisenhower administrations. That, and the culture clash between American and Arab. People could laugh about that then. They shouldn’t laugh now. Not when that culture clash has become a blood-and-flames war.

Two Chechens struck a blow in that war. A Saudi national might not have gotten his hands bloody. But he likely knows more than he wants to tell – and more than the Obama administration wants him to tell.

“a weapon of mass destruction”

What weapon was that, then? I only heard about handguns and IEDs.

That’s how the charge reads. I didn’t say I would have charged him with that.

I would have charged him with treason. With levying direct war against the United States, he then being a citizen thereof.

“I would have charged him with treason. With levying direct war against the United States, he then being a citizen thereof.”

Nah, murder and conspiracy to cause an explosion. He’s just a criminal. Only a state can wage war, and to get him for treason you’d need to prove an intention to betray the state’s interest to another state. Islamism isn’t a sovereign nation; it’s just a dumb idea.

“Treason against the United States shall be limited to levying war against them, or adhering to their enemies, giving them aid and comfort.” That a baron sole, or a non-governmental gang, can wage war just as effectively as can a nation-state, follows logically from the above.

“That’s how the charge reads.”

Then eitehr there is something very serious that hasn’t come out yet or (much more likely) somebody is a clown. “Weapons of mass destruction” has a pretty specific meaning and it doesn’t cover 10 pound IEDs. They’re just an area effect weapon. WMDs are city killers.

You guys are forgetting the sequence of events that lead to this man’s arrest (he told his classmates at BU it was an arrest, despite media reports otherwise). He was tackled on the street for being brown, which is a crime in america.

Don’t believe me? Look at all the instances of it happening since the bombing. A flight kicked off two men who spoke arabic because it made others uncomfortable. There are numerous reports of beatings and assaults and verbal abuse throughout the greater Boston area. The cops (known by residents to frequently be racist) took a random onlookers word he was acting “suspicious” and and everyone made a big deal out of what turned out to be nothing.
Glenn Beck’s proof is circumstantial at best and really proves nothing.

On the other hand, we have alright decent evidence pointing to the people who were ultimately arrested for the crime.

People don’t have Section 212(3)(b) files opened on them for no reason. And “dark skin” is no reason in that context.

“And “dark skin” is no reason in that context.”

You’*re right, but sadly not everyone in your police and intelligence agencies has worked that out yet.