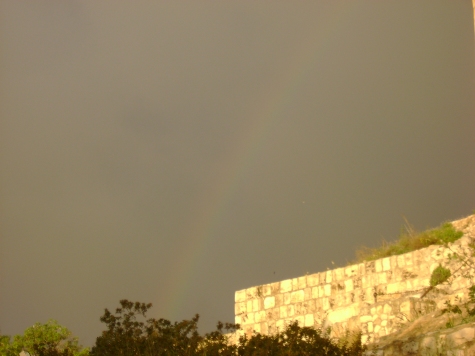 The thesis of Michael B. Oren’s much heralded book, Six Days of War (Ballantine, 2002), is that neither the Egyptians nor the Israelis wanted the conflict.

This thesis is biased by Oren’s professed moral neutrality. He writes: “My purpose is not to prove the justness of one party or another in the war or to assign culpability for starting it” (page xv).

Why does Michael Oren give in to moral relativism? 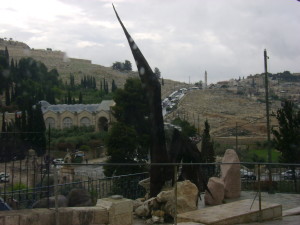 Contrast Efraim Karsh, Islamic Imperialism (Yale University Press, 2006), who cites evidence indicating that Nasser did indeed initiate the war, as the closing of the Straits of Tiran, a casus belli, clearly indicates.

In fact, Oren himself quotes Egyptian President Abdel Nasser:  “We knew that closing the Gulf of Aqaba meant war with Israel” (page 91).

Oren also refers to Egypt’s on-going war plans, confirmed by of Egyptian Field Marshall ‘Amer, who confided to Gen. Murtagi: “This time we will be the ones to start the war” (page 92).  (‘Amer had in mind the Israeli-British-French Sinai Campaign of 1956.)

Moreover, writes Oren:  “The families of Egyptian officers were evacuated from Gaza while scores of civilian managers, engineers, and even doctors were transferred there in preparation for [our] occupying the Negev” (97).

Oren quotes Amin Tantawi, a 4th division company commander:  “I was fully confident of victory…  I believe the day of liberation had arrived and that we would attack first and destroy Israel … (page 97).

Probing more deeply (and objectively) than historian Michael Oren, Professor Karsh writes: “Nasser’s belief in Egypt’s ability to absorb an Israeli strike and still win the war was widely shared by the Egyptian military …” (page 163).  Nasser wanted Israel to preempt so that Israel would stand condemned by the international community.

Consider again Michael Oren’s approach to the Six-Day War:  “My purpose is not to prove the justness of one party or another in the war, or to assign culpability for starting it.” Would he say this in writing an “objective” account of the war between Israel and Hamas, or between the United States and Japan, or between England and Nazi Germany?

Oren’s moral obscurantism – rooted, in moral or cultural relativism – is pandemic in the democratic world, which has succumbed to moral inversion.  Notice how Israel is condemned for its Operation Cast Lead in Gaza.

Israeli political scientist Yair Evron is another moral relativist.  In his book The Middle East, Evron writes: “Only by avoiding questions of right and wrong and also by limiting oneself to an analysis of patterns of behavior and strategies in conflict, can we approach this complex [Arab-Israel] conflict not in any emotional or apologetic way but scientifically and analytically.”

As I have elsewhere shown, the late Professor Y. Harkabi, a former head of Israel military Intelligence as well as an erstwhile head of the Command and Staff College, was a relativist.  Despite all the lurid evidence he himself documents in Arab Attitudes to Israel – evidence that would lead any person of common sense – to oppose a Palestinian state, Harkabi nonetheless advocated the idea and its expulsion of Jews from Judea and Samaria – as does Benjamin Netanyahu who appointed Michael Oren ambassador to the United States! ◙