Most commentators on Israel have been afflicted by a syndrome they share with every Israeli government whether led by the Labor Party or by the Likud. I call it the PIE or Politics-Is-Everything Syndrome. The PIE Syndrome is rooted in the alluring and simplistic idea that Israel’s problems can be overcome by politics in general, and by correct political analysis, in particular.

Any appearances to the contrary notwithstanding, the PIE-type governments of Israel do have a more or less correct political analysis of their country’s most pressing and persistent problem – the implacable hostility of Israel’s Arab neighbors.  How could they possibly ignore or minimize such hostility, when Israel’s own Arab citizens are exempt from military service?  Even Israel’s most eminent statesman, Shimon Peres, who concocted the disastrous Oslo Agreement, knows this Arab enmity. 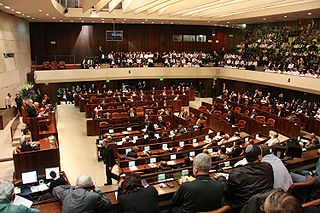 Never mind his inane vision of a “New Middle East.”  Perhaps senility has overtaken this “Machiavellian Dove” – the soubriquet of Peres’ mentor, the late Professor Y. Harkabi.  To be sure, those who don the dovish mantle of peace do so as a means of attaining political power.  Bear in mind that Mr. Peres was a Labor hawk before his party needed Arab votes to gain power.  (That’s what Oslo’s “Machiavellian Doves” are all about, as the present writer revealed more than ten years ago.)

One need not be a Ph.D. in political science to offer Israeli prime ministers correct political analysis (CPA) regarding the leaders of the PLO-Palestinian Authority, who used Arab children as human bombs.

Consider PM Benjamin Netanyahu who, like his processor, Ariel Sharon, has released jihadists to obtain peace and security for the Jews of Israel.  This suggests that Mr. Netanyahu is suffering from the PIE Syndrome – which some might call ‘Metaphysically Induced Madness’. The Prophet Isaiah has spoken of this madness: it’s the madness of Jews who remove G-d from the domain of statecraft – of Jews who believe that politics is sufficient for Israel’s salvation.  Therein is the fallacy of correct political analysis.

Analysis alone will not work

Netanyahu has an abundance of evidence showing that the Palestinian Authority remains committed to Israel’s destruction.

Nevertheless, the correct political analysis which I and others have repeatedly offered was of no avail because Israeli governments suffer from the PIE Syndrome. When Politics Is Everything, more precisely, when politics in the Land of Israel is not subordinated to the wisdom of the Torah, politics becomes a terminal disease.  Disasters will continue to afflict Israel until the Jews of this country transcend politics, and this they can only do by having a Torah-oriented government.

However, by consorting with that scoundrel, a man who exalts Arabs that have murdered and maimed and traumatized thousands of Jewish men, women, and children, Netanyahu degrades himself well as Israel. No one believes that Netanyahu will achieve peace with the factitious Palestinians. But by perpetuating this charade with a scoundrel whose hands are stained with Jewish degrades himself as well as Israel. And nothing more can be expected of any Israeli government that ignores what has been ignored by those afflicted by the PIE Syndrome, the G-d of Israel.

Israel must transcend this political fixation! It must begin to live up to the meaning of its name, Israel, in Hebrew ‘שראל. While the two Hebrew letters שר denote royalty, the two letters אל is the appellation of God. The Hebrew term ‘שראל literally means “prince of God” – the nation God chose for a holy purpose, indeed, a world-historical purpose, to serve as a light unto mankind!☼