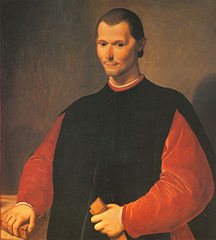 First, suppose Benjamin Netanyahu was the mayor of New York City, and that, unlike Barack Obama, uttering the words “Islamic terrorism” did not make him choke.

Second, suppose a Muslim terrorist by the name of Mahmoud secreted himself among Latinos crossing the southern border of the United States and found his way to the “Big Apple.”

Happily, Mahmoud earned his living as a taxi-driver and enough to rent an apartment in Harlem. There he used his apartment as a headquarters for terrorists, for men who roamed freely in New York and, from time to time, stabbed a Jew in that metropolis. 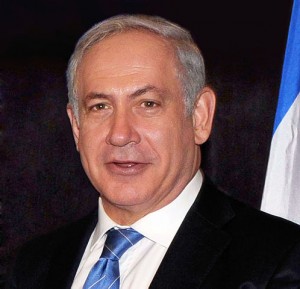 He could have Mahmoud arrested, which might lead to the felon’s imprisonment. But inasmuch as Mahmoud would receive three meals a day, medical care, and enjoy recreation facilities and television, the mayor might think twice, call an immigration office, and have Mahmoud deported.

The mayor would be all the more inclined to do this if Mahmoud had a record of previous arrests. In fact, having a head situated on his shoulders, the mayor would know, if only from the reports of criminologists, that the recidivism rate in New York and elsewhere in America is very high because many criminals, after being released from prison, deliberately commit crimes knowing that, if caught , they will return to prison where they will again be well-fed, receive medical care, etc., so that despite their incarceration, they can enjoy a life-style preferable to that of felons outside the walls of prison.

It, therefore, seems to this observer that Mr. Netanyahu should deport Mahmoud Abbas and not be deterred by an inevitably outraged and the criminally irresponsible John. Kerry, whose head cannot see the light of day.

Obama and his make-believe world

As for his benighted boss, it should be obvious that Obama’s wrath was incurred when Netanyahu spoke over his head by urging Congress to maintain sanctions on Iran. Indeed, Obama’s narcissism-cum-vindictiveness may even have the seal for his nuke deal with Iran, since it’s fairly clear that this Muslim wants to eliminate Israel. This was indicated early on when he appointed Samantha Power to his Cabinet – the lady who advocated a U.S. invasion of Israel to forcibly establish a Palestinian state, which means she wanted America initiate a veritable war on its most important ally in the Middle East!

Summing up, Obama lives in a make-believe world; and judging from his awkward speech and excessive use of “ands” to connect his phrases or endow his thought with some coherence, he probably prefers poker to chess. This doesn’t apply to the careful spokesman of Israel, Benjamin Netanyahu, who, unlike Obama, has a sense of history, certainly of Israel’s history, her tragedies and triumphs, her patience amidst suffering, her perseverance despite the vicissitudes of a world in which force and accident seem to trump reason. The name of the game is readiness and resilience.

To conclude: Surely Netanyahu has read Machiavelli, who wrote in The Prince:

… if one governs himself with caution and patience, and the times and circumstances turn in a such a mode that his government is good [i.e., successful], he is happy; but if times and circumstances change, he falls, because he does not change the mode of procedure.… [That is to say] he is unable to deviate from that to which his [pedestrian] nature inclines him, and also because he who has always prospered walking along one way cannot be persuaded to depart from it. And therefore the cautious man, when it is time to be bold, does not know how to do it, whence he is ruined; for if he changed his nature with the times and circumstances, Fortuna would not change.

There is one more advantage for Bibi Netanyahu; he has the respect and admiration of more Americans than Obama.