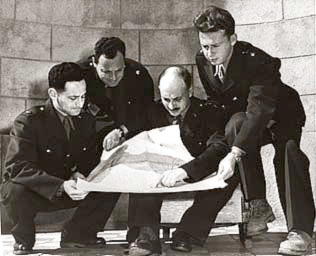 In the writings of Moshe Chayim Luzzatto (the RAMCHAL) we find perhaps the profoundest explanation of what blinds the Left, its quest for peace with implacable evil.

Will the Left never learn?

Decades of experience with the pathological liars and serial killers of the Palestinian Authority have taught the Left, as well as the reputed right-wing Benjamin Netanyahu, nothing. 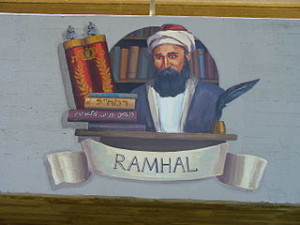 Despite the fact that the Arabs in Judea, Samaria, and Gaza are not only accumulating more weapons, but have also educated generations of Arab children to emulate homicide bombers, hence, despite the transparency of the Arabs’ genocidal objectives, the Left behaves (and so does the misnamed Right,) as if peace with these barbarians was actually a possibility!

Although the present writer has shown that the mentality of the Left is a mental disorder comparable to schizophrenia (see my Demophrenia: Israel and the Malaise of Democracy), also needed is a purely Jewish understanding of this malady. For this, one can hardly surpass the insights of the great Ramchal, Rabbi Moshe Chayim Luzzatto (1707-1746). I quote from Shraga Silverstein’s English translation of Luzatto’s classic Mesilat Yesharim, The Path of the Just:

If one is still imprisoned by his evil inclination, his eyes cannot see the truth and he cannot recognize it. For the evil inclination literally blinds his eyes and he becomes as one who walks in the darkness, where there are stumbling blocks before him which his eyes do not see. As our Sages of blessed memory said (Bava Batra 83b), ‘You laid down in darkness and it was night’ (Psalms 104:20). This refers to this world which is similar to night. How wondrous is this truthful commentary to him who concentrates upon understanding it. For the darkness of night can cause two types of errors in relation to a man’s eye: it may either cover his eye so he does not see what is before him at all, or it may deceive him so that a pillar appears to him as a man, or a man as a pillar.

the earthiness and materialism of this world is the darkness of night to the mind’s eye and causes a man to err in two ways. First, it does not permit him to see the stumbling blocks in the ways of the world, so that the fools walk securely, fall, and are lost without having experienced any prior fear. As Scripture states (Proverbs 4:19), ‘The path of the wicked is like pitch darkness; they do not know upon what they stumble,’ and (Proverbs 22:3), ‘The wise man sees and the evil hides, and fools pass on and are punished,’ and (Proverbs 14:16), ‘And the fool becomes infuriated and is secure.’ For their hearts are steadfast and they fall before having any knowledge whatsoever of the existence of the stumbling block.

A second error, even worse than the first:

For it is not enough that they lack the ability to see the truth, the evil staring them in the face, but they also see fit to find powerful substantiations and empirical evidence supporting their evil theories and false ideas. This is the great evil which embraces them and brings them to the pit of destruction. As Scripture states (Isaiah 6:10): ‘The heart of this nation has become fatted, and its ears have become heavy, and its eyes have turned aside …’ All this because of their being under the influence of the darkness and subject to the rule of their evil inclination.

To appreciate the profundity of the Ramchal’s teaching, consider the following: Jews are enjoined in the Shema: “Do not go astray after your hearts…” (Numbers 15:39).

The Babylonian Talmud interprets “going astray after one’s heart” as referring to the pursuit of false ideologies or distorted beliefs concerning God (Berachot 12b).

Rabbi Elchonon Wasserman, one of the great leaders of European Jewry in the generation leading up to the Holocaust, asked (and here I paraphrase:) “Why does the Torah warn against false ideologies and distorted beliefs, and why does it speak of the heart and not the mind?” He answers: “False beliefs result not so much from a defective intelligence as from a perverted heart. The heart is the seat of our desires and will, and those desires are the source of all distorted thinking?”

Regarding the Left, we are not dealing with merely deluded or self-deluded Jews. Plagued by two decades of Arab Jew-killing, such Jews are enslaved by the human-all-too-human evil inclination of their hearts. The Ramchal is telling us that their delusion or mental darkness, their inability to see the implacable evil of Israel’s Arab enemies, is the consequence of their own evil inclination. Such Jews are virtually beyond moral illumination. In this respect they differ hardly at all from the Egyptian Pharaoh, undeterred by one plague after another that ravaged his people and his country.◙

CapitalOne and your wallet