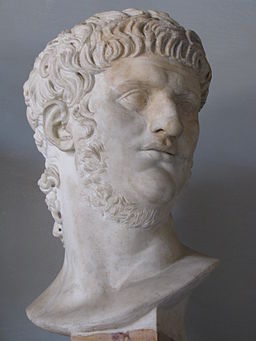 Once the 1973 abortion decision of Roe v. Wade was handed down by the US Supreme Court, hence by the world’s leading Democracy, the number of abortions sky rocketed across the globe. Prior to Roe, only two nations allowed strictly limited availability of abortion. After liberal America approved abortion on demand, with no effective limit as to when in the gestation period abortion was allowed, and with no restriction whatsoever on the reason for the abortion, the floodgates were opened worldwide. This means that murdering babies in the womb, and even partial birth abortions, was made lawful in Liberal America, the world’s capital of secular humanism.

Twenty years later, the Government of the United States contrived the Israel-PLO Agreement of 1993, even though Israel had previously refused to negotiate with the Palestine Liberation Organization. The PLO, renamed the “Palestinian Authority,” is nothing more than a consortium of terrorist groups whose charter calls for Israel’s destruction. That Pope Frances recently endorsed the PA’s claim to a right of independent statehood, a claim designed to divide the Covenant land of Israel and thereby facilitate Israel’s destruction, does not add luster to the concept of “Papal Infallibility.”

America, Rome, and the Genesis Curse

It is undeniable that America (Edom) and the Church of Rome have infamously legitimized the PLO-PA despite its genocidal character. Since 1993, the PLO-PA have butchered, maimed, and traumatized thousands of Jewish men, women, and children in a ceaseless effort to wrest the God-given land of Israel from the Jewish people.

It needs to be stressed, moreover, that virtually every year since the Oslo Agreement of 1993, America has been struck by hurricanes and other natural disasters of ferocious and even unprecedented magnitude, in consequence of which thousands of Americans have perished or have been left homeless. Even though these disasters have cost the American people more than a trillion dollars, the American Government perceives no connection between these disasters and Washington’s on-going diplomatic and financial support of the Muslim-Arab PLO and of its successor, the Palestinian Authority.

Moreover, by consorting with these disciples of Muhammad, the decision-makers of the United States – invariably university graduates influenced by the academic doctrine of moral equivalency – violate the basic principles of America’s foundational document, the Declaration of Independence, which principles are rooted in the Book of Genesis.

No end in sight?

Hence there is no end in sight to this moral treachery of the United States, since America’s democratically elected Government continues to support and bankroll the Palestinian Authority, disciples of Muhammad. By so doing, the leaders of the United States have arrogantly ignored Scripture, specifically, Genesis 12:3, “I will bless those who bless you, And I will curse him who curses you.”

It is in the light of this verse of Scripture that we are to understand why the United States of America has been cursed by the treacherous Clinton crime syndicate. Indeed, small wonder that the world’s only superpower is approaching an end reminiscent of the fall of the Roman Empire!◙

Safe distance? What distance is safe?