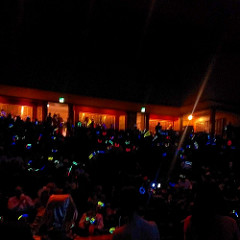 There they go again, threatening to wipe out Israel, “…We will level Tel Aviv to the ground and will not give any opportunity to Netanyahu to flee,” Mohsen Rezaie, Iran’s expediency council secretary said recently. As did al-Quds Force commander General Qassem Soleimani, speaking at a Tehran ceremony, marking the tenth anniversary of the assassination of Hezbollah terrorist mastermind Imad Mughniyeh. Soleimani said that the punishment for shedding Mughniyeh’s blood is “not launching one missile or killing one person, but the dismantling and uprooting of the baby-killing Zionist regime.”

Big deal, they’re just the latest in a long list of Persian/Iranian threateners, starting with that evil man, Haman.

The Purim idea: reversal of fortune

I guess they never heard of the Purim idea, V’Nahafoch-hu/a complete reversal – what they planned for us, coming back on their own heads – Rezaie and Soleimani should read the Megilat Esther, before it’s too late for Iran.

But Rezaie’s and Soleimani’s outbursts aren’t anything new, Iranians have been threatening Israel for a while. Even before the 1979 Islamic Revolution, Ayatollah Khomeini, during his campaign to overthrow Shah Mohammad Reza Pahlavi, began calling Israel – which had relatively warm relations with the Shah – an “enemy of Islam” and “The Little Satan.”

When former Iranian President Mohammad Khatami, a so-called reformer, was elected in 1997, some thought Iran-Israel relations would improve, until he called Israel an “illegal state” and a “parasite.” And, in a 1999 military parade, slogans in Farsi and English read, “Israel must be wiped off the map.”

After Khomeini’s death, no change with the new ayatollah.

In December 2000, Iran’s supreme leader Ayatollah Ali Khamenei told thousands of Muslim worshipers in Tehran, “Iran’s stance has always been clear on this ugly phenomenon (Israel). We have repeatedly said that this cancerous tumor of a state should be removed from the region.” In February 2010, Khamenei said the destruction of Israel was assured. Khamenei told Palestinian Islamic Jihad leader Ramadan Abdullah Shallah, “Israel is going downhill toward decline and fall and God willing its obliteration is certain.” And again in 2015, Khamenei said Israel would become extinct in 25 years.

In May of 2010, Mahmoud Ahmadinejad’s chief of staff, Esfandiar Rahim Mashaei, speaking at a political conference of ultra-conservatives in Iran’s north, Mashaei threatened, “If the Zionist regime attacks Iran, the Zionists will have no longer than a week to live.”

Concurring, Iran’s Military Chief of Staff, Maj. Gen. Hassan Firouzabadi said in a speech to a defense gathering in Tehran in May 2012, “The Iranian nation is standing for its cause and that is the full annihilation of Israel.”

During August of 2012, Brigadier General Gholam Reza Jalali, who heads Iran’s Passive Defense Organization, said ahead of al-Quds Day, that Israel must be destroyed, saying, “al-Quds Day is a reflection of the fact that no other way exists apart from resolve and strength to completely eliminate the aggressive nature and to destroy Israel.” And, Ayatollah Ahmad Khatami, a senior cleric and Tehran’s provisional Friday Prayers Leader, speaking about al-Quds Day, called for the annihilation of the “Zionist regime,” emphasizing that the spread of the “Islamic Awakening” in the Middle East “heralds annihilation of the Zionist regime.”

Iran threatens in fall of 2012

In September 2012, during a military parade in Iran to mark the beginning of the Iran–Iraq War, the Iranian air force chief, Amir Ali Hajizadeh, threatened that if conflict between Iran and Israel broke out, Israel would “manage the beginning of the war, but the response and end would be in our hands, in which case the Zionist entity would cease to exist. The number of missiles launched would be more than the Zionists could imagine.” And, General Mohammad Ali Jafari, the commander of the Iranian Revolutionary Guards, referred to Israel as a “cancerous tumor.” He said that eventually a war with Israel would break out, during which Iran would eradicate it.

On September 23 of 2012, Hajizadeh threatened to attack Israel and trigger World War III, saying that “it is possible that we will make a preemptive attack” which would “turn into World War III.” In the same statement, Hajizadeh threatened to attack American bases in the Middle East as well. Hajizadeh said that as a result of this attack, Israel would “sustain heavy damage and that will be a prelude to its obliteration.” The same day, Deputy Commander of the Iranian Revolutionary Guards Brigadier General Hossein Salami said that while Iran isn’t concerned by Israeli “threats” to strike Iranian nuclear facilities, such an attack would be “a historic opportunity for the Islamic Revolution to wipe them off the world’s geographic history.”

And in October 2012, Hojjat al-Eslam Ali Shirazi, the representative of Supreme Leader Ayatollah Ali Khamenei to the Iranian Al-Quds Force, threatened that Iran required only “24 hours and an excuse” in order to eradicate Israel. Shirazi said that Israel was “close to annihilation,” and sought to attack Iran out of desperation.

And, with all these threats of annihilation, I haven’t even mentioned former Iranian President Mahmoud Ahmadinejad yet, who consistently threatened Israel’s destruction during his presidency. Just a few examples will suffice:

Ahmadinejad during “The World Without Zionism” conference in Tehran in 2005, suggested that Israel should be “wiped off the map”. Referring to Ayatollah Khomeini, Ahmadinejad said, “Our dear Imam said that the occupying regime must be wiped off the map and this was a very wise statement. We cannot compromise over the issue of Palestine.”

In December 2006, at an international conference of Holocaust deniers in Tehran, Ahmadinejad said, “Thanks to people’s wishes and God’s will, the trend for the existence of the Zionist regime is headed downwards…The Zionist regime will be wiped out soon, the same way the Soviet Union was, and humanity will achieve freedom.”

On Israel’s 60th birthday in May 2008, Ahmadinejad said, “Those who think they can revive the stinking corpse of the usurping and fake Israeli regime by throwing a birthday party are seriously mistaken…this regime is on its way to annihilation.”

And, in July 2012, ahead of al-Quds Day, Ahmadinejad said that “Any freedom lover and justice seeker in the world must do its best for the annihilation of the Zionist regime…”

Reform? Not so much

Post- Ahmadinejad Iran, under so-called reformist President Hassan Rouhani, has continued it’s threats, Rouhani himself has called Israel, “the great Zionist Satan,” and in 2013 said, “Close Iranian-Syrian ties will be able to confront enemies in the region, especially the Zionist regime.” It seems that recent Iranian moves in Syria are building towards that goal.

In March of 2015, the commander of the Basij militia of Iran’s Revolutionary Guard, Mohammad Reza Naqdi, said that “erasing Israel off the map is not negotiable.” And, in March 2016, Iran tested a ballistic missile capable of reaching Israel, painted with the phrase “Israel should be wiped off the Earth” in Hebrew. And recently, they penetrated Israeli airspace with a drone.

But then, so did Saddam Hussein before them. Hussein threatened in April 1990, to wipe out half of Israel with chemical weapons, “I swear to God, we will let our fire eat half of Israel if it tries anything against Iraq.” Saddam said, “We don’t need an atomic bomb, because we have advanced chemical weapons.” And, as late as 2000, Hussein was still threatening that his country could destroy Israel, if it was given access to land next to the Jewish state.

Stop and think for a moment: the first Gulf War in 1991, ended erev – just before – Purim. The second Gulf War in 2003, began motzei – just after – Shushan Purim. Get the picture? In between, “The Jews had light, and gladness, and joy, and honor,” (Megilat Esther 8:16). Look what happened to Saddam Hussein and Iraq. Hussein was hanged like Haman, get it! And, Iraq isn’t a threat to Israel anymore.

But, we already knew that wars are for us – i.e., the Jews and Israel. Chazal – our sages – throughout the ages have explained the Torah, telling us that everything that happens in the world is for the benefit of the Jewish People. As it says in the Talmud, “Every war in Israel is a stage in the redemption of Israel,” (Megillah 17b). The Redemption occurs in stages, war after war.

Simply put another way, if all the world is a stage, then the Jews – and especially those in the Land of Israel – are the lead actors on the stage of history, and the goyim – the nations, i.e. the gentiles – have supporting roles, while the evil-doers are props and background scenery. As our tradition states, G-d – the great playwright – created the world for the sake of the Jewish People, and it is our responsibility to implement the Torah – absolute morality and the blueprint of creation – in it.

Read the Purim story in Megilat Esther again, it’s a rags to riches story on a national scale. Haman, the proto-typical anti-Semite, plans mass murder of the Jews and in the end pays with his life, the life of his ten sons – all hanged – and the Jews kill 75, 811 members of the anti-Semitic – i.e. Nazi – party of the time.

This is not so different from the Nuremberg Trials after World War II, when 23 Nazi war criminals were tried. Originally 11 were to have the death penalty imposed if found guilty. Everybody in those days thought that they would be shot – as is customary in military executions – or get the electric chair – as was common in the United States. But when the judges announced the verdict of guilty, they also said that hanging would be the method of execution. Two hours before the execution, they found Hermann Goering dead in his cell. He had committed suicide. Interestingly, it is said about Goering, that he liked to dress up in feminine attire. His cross-dressing and suicide would parallel Haman’s daughter, who also committed suicide. That left only 10 Nazis to execute, just like Haman’s sons.

The numbers of their names…

There is more to this story than meets the eye. In Megilat Esther (9:7-9), when it describes the execution of Haman’s ten sons, their names are listed in a vertical column. If you look at the Hebrew closely, you’ll notice extra-small letters in three of the names. The first name, Parshandata, has a small tav. The seventh name, Parmashta, has a small shin. The tenth name, Vayzata, has a small zayn. Hebrew letters are also used as numbers, as well as for dates in the Jewish calendar.

Tav, shin, zayn, which numerically is 707, corresponding to the year 5707, which began with Rosh HaShanah – the Jewish New Year – on September 25, 1946. On October 16, 1946, as foreshadowed in the names of Haman’s ten sons, ten Nazi leaders were hanged as war criminals. And if that doesn’t impress you, out of nowhere, with the rope around his neck, Julius Schtreicher – editor of Der Sturmer, the Nazi propaganda newspaper – shouted out with flaming hatred in his eyes, just as the trap door opened, “Purimfest 1946!” It was reported in the international press of the day.

Another example of the Purim idea, V’Nahafoch-hu/a complete reversal – what they planned for us, coming back on their own heads – in action.

So, in ancient Persia, the proto-Nazi party was wiped out, and so too, in modern times, Nazi Germany and Saddam’s Iraq were defanged. Like I said earlier, Rezaie, Soleimani, and the rest of the Iranian leadership, should read the Megilat Esther, before it’s too late for Iran… Happy Purim!