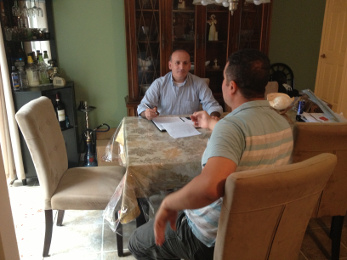 From a scrappy, non-corporate media source that too few “cable TV” distributors carry, comes damning evidence of fraud. But this fraud cost more than money. Money it indeed cost: millions, if not billions. But by some accounts, this fraud cost lives. It definitely cost, or at least harmed, the credibility of the United States and of its President, Donald J. Trump. And it bids fair to cost American liberty. For this was the worst kind of fraud: a false flag pseudo-operation, indeed a non-operation, in Syria.

On that day, so the story goes, regular Syrian military forces launched a chemical-warfare attack against the town of Douma in Syria. But that’s one story. Another says elements of the Army of Islam controlled the town and forced its residents to live like cave dwellers. In consequence, those people suffered—from a lack of oxygen. Images of these casualties made it out of Syria. Then the world’s mainstream media cited them as evidence of a poison gas attack.

For evidence, look at two clearly conflicting stories out of Douma. One comes from The Guardian and the other from The Independent, both British organs. The Independent story cites the lack of oxygen as responsible for the suffering and death in Douma. It also mentions the “White Helmets,” whom the author describes as “medical first responders.” But according to Ha’aretz (literally, The Land), at least one celebrity gives the White Helmets a quite different description.1

Enter One America News Network. The family of Roger Hennings runs this network and “holds it closely” (i.e., does not issue stock). That might or might not mean anything. What should mean a lot: they succeeded where no other mainstream media organ succeeded or even tried. They actually got a reporter, one Pearson Smith, on the ground in Douma. And what did he find? A few bombed-out buildings. A hospital that received some of the victims of—whatever happened. But of evidence of a gas attack? Nothing! In fact he found a doctor who denied that his patients had suffered from gas. They had neither symptom nor sign!

What is wrong with this picture?

For everyone’s information, OANN came out for Donald J. Trump early in his campaign in 2015-6. They carried his acceptance speech. Commentators like Graham Ledger tout him at least once a week. On the other hand, the mainstream media in America turned hostile to Trump just as early. To this day they stand by disparaging stories about him. Any objective observer, reading those stories, must find them false, or at least impossible to believe.

So here we have a group of media organs, normally hostile enough to Donald J. Trump to lie about him. Yet they praise him for sending ships to the Mediterranean and firing missiles into Syria. Meanwhile, a scrappy, non-corporate streaming channel2 sends a reporter into the “hot zone.” And that reporter finds evidence to contradict the war narrative.

Darrell L. Castle’s recent essay springs to mind. Congress should have sent its own investigator into Douma! For that matter, so should the J-23 of the Joint Chiefs of Staff. But as Castle points out, no one bothered to investigate. Instead they advised President Trump to send a U.S. Navy task force to join British and French forces. They stood off Syria and fired cruise missiles at what they told the world were chemical-warfare facilities.

Reports differ starkly on whether those particular strikes killed anyone, and in particular any civilians, on the ground.

What is a false flag operation?

The term false flag refers to troops, ships, planes, or special forces, regular or irregular, doing an operation while pretending to be someone else. Pirates, especially privateers (licensed pirates), flew false flags often in their attacks on ships and ports. They literally ran up a national flag to pretend to be a regular ship of war of a navy to which they did not belong. Who can forget Actor Errol Flynn portraying a de facto privateer doing this to liberate a port?4

Rumors have persisted since the Viet Nam War of false flag pseudo-operations. In a false flag pseudo-operation, friendly forces attack their mates, or even civilians, while pretending to be enemy forces. But today we seem to have false flag non-operations. In this kind of fraud, intelligence services trump up evidence of an enemy operation that never took place. The Gulf of Tonkin Incident might rate this description—according to no less than the United States Naval Institute.

What then can we conclude? The evidence from OANN and The Independent strongly suggests no attack by chlorine or any other poison gas happened in or two Douma, Syria. So we have a false flag non-operation. Therefore some person or persons in the American intelligence community defrauded the President of the United States. He in turn went to a brief war with Syria—over a non-event.

Who indeed benefits from so defrauding the President and the American people? Anyone in war industry might benefit—from a long endless war with an adversary of comparable power. The Russian Federation would qualify. Hence the repeated allegation that President Trump somehow colluded with Russians to vault into the White House. Everyone knows Vladimir Putin, the strong man of Russia, backs Bashar Hafez al-Assad, President of Syria. He might decide to go to war to protect or avenge his friend. Then the arms merchants might get their long war.

But a war with Russia might not drag on for very long. It might end the day it started—with mutual nuclear annihilation. That could still happen, considering the sheer size of Russian and American nuclear arsenals.

So who would benefit from that kind of war? Mr. Castle suggested another beneficiary: the globalist elite. They have two motives. First, the Russians have always stood in their way. They certainly did after the Russian Revolution and might have done so for centuries. When the Communists ran Russia they always spoke of “Dark Forces” trying to “kidnap our Mother Country.” They might have called it correctly, and failed only in specific enemy identification.

Today Citizen Putin has issued a warrant for the arrest of George Soros, the most prominent globalist, should he so much as set foot in Russia. He also has responded to threats (real or not) against his country in an interesting way. He encourages his citizens to arm themselves. The Communists never did that, as history shows. Might that make him more friendly to human liberty than some people might care to admit?

What should President Trump do?

He must first realize, and admit, that most of his key advisers lied to him. The head-of-state of the most powerful country on earth cannot tolerate false flag pseudo-operations and non-operations that his own intelligence services commit. So he should clean house—again.

Certainly he should fire all the holdovers from the Barack Obama administration. (The House of Representatives could and should impeach many of them for treason! For when you defraud your Commander-in-chief into going war without cause, you have made war against your country.)

Equally certainly he should investigate the Douma Incident to find out two things:

Perhaps he should also follow up the Naval Institute’s investigation of the Gulf of Tonkin Incident. That would serve to show that false flag pseudo-operations and non-operations have gone on for decades. They represent another swamp to drain.

Last but not least, Trump should investigate his real enemy, the likely source of false flag non-operations. This person also funds the attacks against Trump himself. His name: George Soros. See here, here, here, and here. In fact, see this search result for more articles. Surely they give enough leads for an investigation that would result in a sentence of exile for life. Exile—following total criminal asset forfeiture.

2Very few “cable TV” operators carry One America News Network. To watch it, most people must subscribe to its live stream, either directly or through Klowd TV. Owners of streaming devices from Roku, Amazon, etc. can receive it more reliably than can subscribers to traditional cable TV. (CNAV receives no remuneration for these citations.)

3The second staff officer (S-2, G-2, J-2) of any team larger than a company deals with intelligence, counterintelligence and security.

Perspective on Syria: The War, the Weapons, the Players, the Principles, the Christian Response