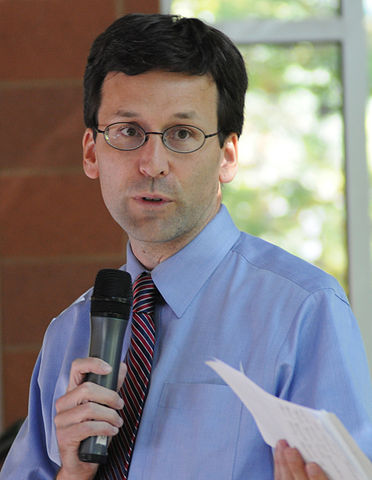 Recall that on July 11, 2018, the Trump administration settled a lawsuit by Defense Distributed, Inc. (DEFCAD). The settlement lets them re-release Computer Aided Design (CAD) files of their trademark plastic gun, the Liberator. With these files, anyone with a 3D printer can act as his own armorer and gunsmith. This shocked the Deep State and their allies, and now they’re striking back. Eight States are suing the Trump administration, seeking to enjoin the settlement. Washington State Attorney General Bob Ferguson (Democrat) set the tone. He asks why Trump “is allowing dangerous criminals easy access to weapons.”

The Associated Press, as DML News quotes them, have the details on the lawsuits against the Trump administration. Washington State AG Ferguson elaborated, if you call this elaboration, on his “dangerous criminals” canard:

These downloadable guns are unregistered and very difficult to detect, even with metal detectors, and will be available to anyone regardless of age, mental health or criminal history.

In another statement, twenty-one other State attorneys general wrote to Secretary of State Mike Pompeo and Attorney General Jeff Sessions. They urged withdrawal from the settlement and called it “an imminent risk to public safety.”

Nor did the legal action stop with this lawsuit. The Attorney General of New Jersey, and the City Attorney of Los Angeles, each threatened to sue DEFCAD directly. New Jersey AG Gurbir S. Grewal thundered in part:

Posting this material online is no different [from] driving to New Jersey and handing out hard-copy files on any street corner.

Grewal called these files a “public nuisance” within the meaning of New Jersey law.

Releasing these computer codes would be no different than driving to NJ and handing out hard-copy files on any street corner. Defense Distributed must immediately drop its publication plans. We plan to sue by Aug. 1. Our cease-and-desist letter: pic.twitter.com/FZBvisPwwu

(By the way: don’t let Grewal’s turban fool you. That’s a Sikh turban, not a Muslim one.)

Mike Feuer, the LA City Attorney, said much the same.

Cody Wilson, head of DEFCAD, immediately sued New Jersey and Los Angeles in federal court. The Second Amendment Foundation joined him. They filed in the District Court for the Western District of Texas. The company has its servers in that district.

Many facts need checking, and for once, the Associated Press has done some of that checking. For instance:

People can use the blueprints to manufacture a plastic gun using a 3D printer. But gun industry experts have expressed doubt that criminals would go to the trouble.

Why not? Because 3D printers, while available, cost money. How much? The best ones cost more than $800, but some cost as little as $200. Amazon.com has a good selection and search result.

The experts also say the Liberator would disintegrate after firing a few rounds. One can of course make another, but that takes time. Why bother, when a criminal can easily get a traditional gun?

Which means the Liberator will serve, not criminals, but ordinary citizens who might have to fight another Battle of Athens. (That’s Tennessee, not Greece. It took place on August 2, 1946, between returning soldiers and a corrupt sheriff and his deputies.)

DEFCAD offers more than the files for the Liberator. They offer files for ten guns, and release licenses for all of them. These include the Liberator and the AR-15. With regard to that last: the AP cited anonymous “officials” saying 1,000 people had downloaded the AR-15 files. In fact DEFCAD themselves report 2,983 downloads of their AR-15 package.

The Kickass Torrents site also has this torrent link for the Liberator package. Your editor tried following it, and the server timed out. That could reflect high demand, instead of a server error. Learn more here.

DEFCAD might have one problem with their lawsuit. Amendment XI removes from federal jurisdiction any controversy between any State and citizens of another State. But DEFCAD asks for a declarative injunction, not damages.

The comment space for the AR-15 download suggests DEFCAD had to suspend downloads until August 1. That this is one day before the 72nd anniversary of the Battle of Athens may or may not be significant.

Whom do they call dangerous criminals?

Why are you allowing dangerous criminals easy access to weapons?

In fact, all the States taking part in that lawsuit have Democratic governors and attorneys general. All have some of the strictest gun control laws in the land. If the Supreme Court got a big-enough controversy, they might declare all those laws unconstitutional. What part of

A well-regulated militia, being necessary to the security of a free State, the right of the people to keep and bear arms shall not be infringed

The Battle of Lexington impelled James Madison to put those words into the Constitution. Not a single Founder or Framer disagreed with him. The Battle of Athens reinforced the necessity of a “well-regulated militia” to the security of free people.

And what does the Democratic Party want? Here it from Alexandria Ocasio-Cortez. They want socialism. Socialism requires disarming the populace. In fact the Democratic Party has always wanted this. No person, except a law-enforcement officer, an active-duty military service member, a Very Important Person, or his bodyguard, should own, or so much as touch, a firearm, whether that firearm comes from additive manufacturing or from a more conventional gunsmith. The Democratic Party once said that incrementally. Now they say it openly and demand it at once.

So we are all dangerous criminals in the eyes of AG Ferguson and his fellow plaintiffs’ counsels.

We are dangerous, that is, to the authority of socialists and communists. Dangerous, to quote the motto of the Commonwealth of Virginia, “always to tyrants.”

Two days from now, the Battle of Athens will have its 72nd anniversary. Freedom-loving Americans ought to observe this, not only in Athens and McMinn County, Tennessee, but everywhere. For in fact Paul Cantrell and Pat Mansfield have nothing on Hillary Clinton and Robert Mueller, to name but two.

No one should let a would-be socialist “people’s prosecutor” tell them they create a “public nuisance” by owning a gun. Lots of citizens with DEFCAD Liberators or even Armalite AR-15s or their DEFCAD equivalents pose no threat to public safety. Indeed they guarantee public safety, and also freedom.

July 31, 2018: the link from kickass.to will never work again. A joint task force of the IRS and the Office of Homeland Security Investigations seized the domain. The US District Court for the Northern District of Illinois issued a warrant for the seizure. The allegation: accessory to copyright violation. Every torrent site in the world could fall to this sort of seizure, because too many torrent seeders upload video content they ripped without a license. See 17 USC section 506 and 18 USC sections 981, 2319, and 2323.

Those attacking Donald Trump are not being prosecuted – they are being rewarded!