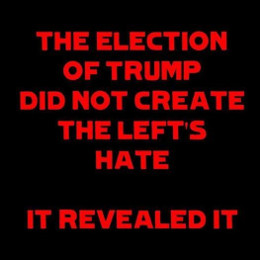 The time has come to clarify some elementary facts of life. The American political left does not “get” these facts. Either that, or they seek to repeal them. (As if anyone could repeal facts of nature. The Modernists tried in the 1960s, and failed miserably.) Herewith a set of facts of nature the Left does not get, and will never repeal.

It doesn’t belong to you.

What doesn’t belong? Taxpayers’ money, of course. More broadly, the fruits of anyone’s labor belong to that person. They do not belong to some entity with a cloudy definition that the Left prefers to call “the people.” You know the oxymoronic place names: People’s Republic of Wherever.

People are indeed born with inherently different abilities. Paul of Tarsus recognized that. See 1 Corinthians 7:7, where he said, “Each man has his own gift from God, one in this manner, and another in that.” So it’s not a matter of “non-whites need not apply.” Instead, we say, “go ahead and apply, and let’s see what you’ve got.” And people of all races and both genders now are finding out: they’ve got plenty. Even so, the accepted pool and the applicant pool might have a different “gender mix” or “racial mix.” That doesn’t mean anyone deliberately tried to shut anybody out. And as a corollary:

Policies that do shut people out just because you think too many of their “kind” won acceptance, are inherently unjust no matter what you say your goals are.

The dean of Harvard University now defends a shadow-quota racial policy in college admissions. (See here and here.) That policy shuts out higher achievers, as Harvard admits. But, they say, abandoning such quotas would harm students. “A diverse student body is essential to educational objectives of colleges and universities,” they say. That statement is utterly without foundation. Or even if it has a foundation, it still teaches that law is a respecter of persons. Last time I looked at a statue of Lady Justice, she wore a blindfold. Visit the U.S. Supreme Courthouse, and you will see this motto across the portico: “Equal justice under law.” Justice in the treatment of any applicant or student, outweighs any other educational objective.

The Left sees a different racial/gender/other ethnic mix in the general population v. the aggregate prison population. Then they cry, “Racism! Sexism! Whatever-ism!” That cry has no foundation, either.

Biology does not make anyone a criminal. Even the double Y chromosome did not turn Richard Speck into a rapist and murderer. Instead, he developed an enmity toward his family, and transferred that enmity toward all women. And that was his fault, not that of his chromosomes, nor his genes, nor any other part of his make-up.

However: as a man, I don’t complain when the overwhelming bulk of convicts for forcible rape are men. I recognize that as a consequence of a fact of life. Still, no one forces a man to commit rape, either.

Beyond criminology, let us consider other behaviors, and observe:

“Biological behavioral determinism” does not exist.

No one is “born that way.” No matter what behavior one considers, those having a proclivity for it are never born that way. Instead they are made that way. Now in the overwhelming bulk of cases, that “making” is not your fault. But what you do with your early life influences is on you, not the rest of us. Nor is it ever just to grant anyone special privileges over those who did not get made that way.

And what one set of circumstances makes, determination and retraining can unmake. But we see on the left more than a refusal to unmake such behavior. Indeed we see an effort to forbid anyone even to talk of unmaking it. “They can’t change, and that’s final!” they shout. And again, that statement is utterly without foundation. No amount of pseudoscience will ever establish behaviors as innate and unchangeable.

“Leveling” refers here to level pay scales and even redistributing assets. At best such acts keep everybody equal, but down. At worst, one trades one set of bosses for another—and the second set will treat people worse than ever.

This will happen because no one has any rights. People will lose even the right to walk away and find work someplace else. And how do we know this? Because some of us, using hidden cameras and microphones, have crashed a few parties and meetings. We’ve recorded them saying what they really think of you. And brother and sister, it isn’t pretty.

Project Veritas has “crashed the gate” in Senate offices and even at the Internal Revenue Service. Play the below video, and hear IRS examiner Tom Sheehy say he does not care whether his acts are criminal or not.

And last but most important:

You have more rights than you think you have.

More to the point, you’d lose those rights if those for whom you vote all the time, got their way. Chief among them: the right of self-defense.

The Second Amendment recognizes your right to arm yourself at least as well as, or better than, an infantry soldier. The only reason mass shootings ever succeed is that the shooters attack weak targets. Those targets have no weapons—because unconstitutional laws say they must not have them.

Never imagine that gun confiscation will stop with taking guns away from the right. After that, they’ll take yours, too. And then watch out! For an armed society has rights. An unarmed society has none.