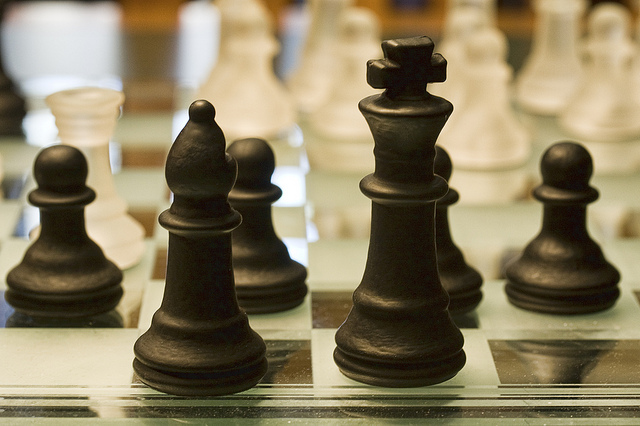 There are the two global chess players, President Trump playing with the white pieces, and George Soros, playing with the dark. The chess board is the American continent. Trump has his rooks and knights lined up on the Mexican border. Soros has infiltrated the US Congress with his knights and rooks and the Democratic party serve as his bishops. He recruited his pawns from Central America, who kept moving up north to attack the white rooks.

Reminder of the rules of chess

You have to understand that in chess there are only two rooks, knights and bishops, with more power and moving ability and there are eight pawns that can move only one square at a time. It is common to sacrifice pawns for a better position or in exchange with a more valuable piece.

The purpose of the game is to capture the enemy king, in this case, defeat Trump.

Soros is using a well-known chess strategy, a gambit when he is moving the dark pawns to attack the white pieces. They either take the white rooks at the border, or Soros is willing to sacrifice the pawns to get a better position for the dark pieces in Congress against the white king, i. e. Trump.

In a chess game taking pawns is a routine move, but when the peasants are real humans, even if they volunteered to play the pawn role, it is a tragedy. It seems, Trump has a lose-lose situation. If he sacrifices the rooks he loses, and if he takes the pawns, he loses in Congress and the media! For Soros only the end game counts, the pawns are not his responsibility, he is willing to sacrifice them for a better strategic position.

Who recruited the pawns?

I wish I could give some advice to Trump, but I am not a good enough chess player. I hope he has better chess players among his advisors.

But whatever happens, it must be made clear that in a chess game pawns do get sacrificed, and in this case the responsibility must be borne by those who recruited these pawns with the promise of a better life in the US, financed (and encouraged) their journey, and hopes to gain a better position whatever happens, even by sacrificing those unfortunate humans – and blame Trump for defending the borders.

Whatever happens the responsibility is on the shoulders of Soros, his recruiting agents, and the American politicians in Congress who encouraged the movement of the caravans.

It is hoped that the American public recognizes this and gives full support to President Trump.