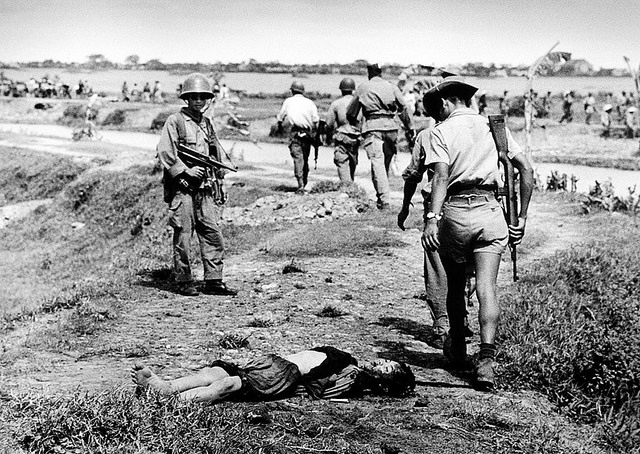 Hello this is Darrell Castle with today’s Castle Report. Today I will be talking about what it means to be a victim and the fact that being a victim is apparently so desirable and advantageous that hardly a day goes by that we don’t have another victim on the national scene.

The Oxford English Dictionary defines the word victim as

A person killed or tortured by another; a person subjected to cruelty, oppression, or other harsh or unfair treatment or suffering death, injury, ruin, etc., as a result of an event, circumstance, or oppressive or adverse impersonal agency; a person who is taken advantage of; a dupe.

That’s a pretty terrible definition isn’t it? One wonders then, why so many people pursue victimhood with such vigor. Sometimes people even seek to become part of a group, to which they do not belong, but which is traditionally and historically thought of as oppressed or victimized. I suppose the reason could be to gain sympathy for their cause or to confirm a false narrative which they want desperately to be true, and having no real examples, they must invent one.

Recently a group of Catholic school kids from Covington, Kentucky, in Washington D.C. for a pro-life rally, were accused of making a victim out of a Native American named Nathan Phillips. But just a simple review of available video proved conclusively they were the victims instead of Mr. Phillips. Every news service in the United States had continual coverage when the story of Native American as victim fit their political narrative but, when it no longer did, they dropped the story like a hot potato.

Nick Sandmann, the young man most commonly identified by the media as the villain in the Catholic school kids’ story has filed a $250 million lawsuit against The Washington Post and other media defendants for defamation. The defendants may have trouble defending the lawsuit because Mr. Sandmann is not a public figure that they are free to defame without regard to how much damage they may cause. If he were a public figure he would have to prove the story was false and that the Post knew it was false and they published it with the malicious intent to defame. He is not a public figure, however, just a teenage kid so proof of malice is unnecessary. I hope he prevails in his lawsuit since that would send a message that perhaps they should at least look at the video before they defame someone.

It’s almost as if we have the hate hoax du jour. Today’s story is still the Jussie Smollett fake noose, fake racist attack story. It seems that Mr. Smollett, a gay black star on Fox TV’s show Empire, alleged that he was going out for a Subway sandwich at two in the morning during a Polar Vortex in Chicago, in sub zero temperatures when he was attacked by horrible racists shouting “this is MAGA country.” These racists recognized him, you see, for although they are horrible, homophobic racists they do watch a black TV show and recognize its stars at two in the morning in sub-zero Chicago temperature. Such people seem to congregate in upscale black areas of Chicago, especially at 2 AM.

These racists threw bleach on him, knocked him down, screamed homophobic and racist slurs at him and put a noose around his neck. It turns out that Mr. Smollett concocted the story with the aid of two Nigerian men, one of whom is on his show, and the other is his personal trainer.  According to the Chicago police department Mr. Smollett apparently paid the two men $3500.00 and a promise of $500.00 more, to help him stage the attack, and it would probably have worked if he hadn’t picked a surveillance video camera that was pointed the wrong way.

Another rush to judgment – and now a police charge

Once again, every news service in the country, if not the world carried the story front page every day. Once the story became just another hate hoax, it’s oops story please just go away quickly. The story didn’t just go away, however, because leading politicians such as Nancy Pelosi, Joe Biden, Kamala Harris, Bernie Sanders, Elizabeth Warren, and Cory Booker rushed to endorse Jussie Smollett as victim du jour.  Mr. Smollet, unfortunately for him, went to the police and kept promoting the same account. Unlike politicians many of whom are announced presidential candidates, the police are used to the possibility that people sometimes lie to them and they decided to actually conduct a real investigation. Now Mr. Smollett has been charged with a felony for fabricating the whole thing.

The Chicago police say that Mr. Smollett staged this incident by paying two Nigerian men $3500.00 and a promise of $500.00 more upon completion for their assistance. He was not satisfied with his salary they say and so staged the incident to increase his market value. His salary was reportedly $65,000 per episode or $1.8 million per year. So if that is true, and the Chicago police department says it is true, then he stoked racial hatred and anger in an already troubled city for the possibility of more money.

Should Jussie Smollett be prosecuted for the hate hoax that he perpetuated? If the answer is yes, then he is not the only guilty one. He undoubtedly hoped to somehow achieve financial gain or advance his acting career by portraying himself as victim but lawmakers, journalists, and celebrities were his accomplices, allowing themselves to be duped and giving legitimacy to his lies by their celebrity status. Police and other public resources were devoted away from protecting the citizens of Chicago from violent crime to investigating this false story.

This faked crime, this hate hoax, is worthy of note and worthy of our attention because crimes of this nature do a lot of things besides using up society’s resources. They increase societal distrust, spread lies, inflame racial tensions as well as other tensions that may already exist in the community or country. I suspect that inflaming of tensions is one of the real reasons for fabricating racial attacks. Fabricating crimes,however, make people doubt that such things exist. They hide the real thing so that the entire impact of any such crime when it does exist is lessened.

Willingness to believe the worst

The elites of Hollywood and the political elites who have power and want more of it bought what Jussie Smollett was selling hook, line, and sinker. The elite seem to be the same in whatever walk of life you happen to find them for, as Gerald Celente of Trends Journal has said, “politics is just Hollywood for ugly people.” The Senate has now acted to put a stop to what doesn’t exist except in elite fantasy and that is lynching. Yes, the U.S. Senate just passed an anti-lynching bill, as if that still exists and needs Senate action.

To people such as those seeking the Democratic nomination for President, along with their Hollywood friends and friends in the media, Mr. Smollett’s story made perfect sense and they immediately believed it. To those of us who actually live here in flyover country, it was complete nonsense from the very beginning.

It seems that the people who fabricate these stories about how horrible and racist America is have never lived among real Americans, and apparently they spend a lot of time watching their own movies. When I first heard the story it made about as much sense as if Mr. Smollett had said that he decided to go out in sub-zero Chicago for a Subway sandwich and was kidnapped by space aliens, but somehow made it home still clutching his Subway sandwich. In other words, people such as the fantasy ones Mr. Smollett described exist only on Hollywood films and are a product of their demented minds.

The frenzy that is occurring in our country right now, whereby even history has to be examined for possible examples of racism, is a product of a poisoned culture. We have poisoned the culture our children must live in and concocted for them a world inhabited by horrible, MAGA screaming racists, similar to the monsters people used to scare their kids with.  The academic world has declared war on America and on Western Civilization and the one thing they teach our children above all else is how to hate. They learn to hate Western Civilization, America, and the greatest accomplishments of our greatest people. Ultimately, they learn to hate one another for reasons that may not be made clear to them, but hatred and disunity go hand and hand.

Finally folks, we as a people should resist the urge to give a free pass to lies just because they happen to fit our political agenda. If we are able to hold to the truth instead of just politics and start treating and viewing each other as individuals instead of as members of a chosen or hated group then maybe we at least have a chance of getting through this.

Nick Sandmann filed his lawsuit against The Washington Post, not The New York Times as the author originally stated.

[…] along came the story that I have talked about for a few weeks. That story is the Covington kids and Native American Nathan Phillips. The media […]