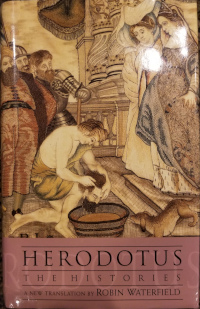 Hello, this is Darrell Castle with today’s Castle Report. Today I will be talking History, and why it is important, and why so many who also apparently think it’s important seek to control and re-write it until it suits their world view.

The Oxford English Dictionary defines the word history as having evolved from an ancient Greek verb that means “to know”. The Greek word historia originally meant “inquiry,” the act of seeking knowledge, as well as the knowledge that results.1 If one accepts that definition then the reason for rewriting history to suit today’s ideology becomes apparent and that is to control us and our destiny by controlling who we think we are. Control of culture determines whose group or what group will dominate and determine what is known and believed and what is left unknown or unbelieved.

The Communist theory and twisting of history

In Marxist philosophy, cultural hegemony is the domination of a society by a group whose control comes through control of culture. It would be hard to control a society’s culture without controlling and writing its history for it is history, which allows a people to know who they are, who their ancestors were, and where they came from. Were their ancestors’ people to be proud of, to be honored, perhaps even revered and memorialized through monuments, or were they people to be ashamed of in the dominant culture of the day?

Continuing with our description of cultural Marxism and how it has gained control of our culture we can see that domination of society comes through control of culture and the ideology contained within that culture. Through control of all values, beliefs, norms, attitudes and their explanations the dominant group worldview becomes the worldview of the majority who come to see its values as good for all and even inevitable. The controlling group leads the majority to see that its view is the way things should be and its values are thus justified and legitimized.

Christianity dominated the West and its people for so long, and it was so ingrained in the culture, that in order for Cultural Marxism to control and dominate, Christianity had to be destroyed as the majority world view because the two are not compatible., Christianity was so commonplace and accepted that even those who followed a different religion or who didn’t accept any religion as true understood that it was good for society and so they accepted its cultural dominance.

Now it seems that we are embarrassed or not permitted to even say the word lest someone hear us and lift himself out of the mind prison that has been carefully built for him. Reporting on the recent terrorist attacks in Sri Lanka, in which more than 300 Christians attending church on Easter were massacred, Barack Obama and Hillary Clinton could not bring themselves to say the word Christian, listing the victims as “Easter worshippers”. Both used the expression almost simultaneously, which leaves little doubt that the expression was planned and discussed in advance. Nevertheless, through the phenomenon of hive think, I have heard the expression many times since. That is cultural dominance at its most obvious.

Why the enmity toward Christianiy

Christianity is so fearsome and dangerous to Cultural Marxists that they can’t, or won’t, say the word. We can’t be allowed to know that Christians are being massacred all over the world even here in America. They first erase it from the history books and schoolbooks, then from the minds of our children through school indoctrination, then through politicians and celebrities who fancy themselves thought leaders. Their plan has worked remarkably well, and they now have almost complete control of the culture. Christian clergy, quite often it seems, are pedophiles, rapists, or guilty of some other egregious offense, at least the ones on TV and in the movies are. These revisionists don’t seem to understand that if Christianity is true then all their machinations are only prophecy fulfilled, and if it is not true, why are they so afraid of it.

Rewriting history, even as architecture

Many in France are urging Mr. Macron to rebuild the burned-out Notre Dame cathedral with glass and steel instead of wood and stone with a Minaret tower instead of the medieval steeple that stood over Paris for 800 years. I have little doubt that the destroyers of history will have their day and the cathedral will reflect the modern cultural Marxist vision of what the New France looks like.

Just as in times past, politicians of today give in to their zealot followers who seek to rewrite history and remove any photos and statues that might fall short of their version of modern morality. Often their hypocrisy screams out from the front pages. They purge their cities of Civil War Confederate monuments while people of all political persuasions flee their cities for quieter, safer neighborhoods in smaller rural areas. Many textbooks no longer teach America’s founders, and other great works of literature, such as Huckleberry Finn, are censored or removed from library shelves entirely. This destruction reminds me a little of the attitude of ISIS, which seems to be that history didn’t exist before Mohammed.

Catholic Notre Dame University, it’s supposed to be Catholic anyway, removed paintings of Christopher Columbus, a Catholic, because they offended the modern sensibilities of some vocal students. Normally at the first hint of protest, University Presidents whimper and cave in. Sometimes the caving backfires, as it did at the University of Missouri, where both enrollment and endowments are down since the caving.

The past is the key to the present

It is also important to study history because it allows us to examine the past in order to guide us today. When we study the economic history of our time on earth for the last 2500 years, we come away with certain conclusions most of which are not popular during this period of deconstruction. For example, we learn that despite all the derogatory information being disseminated by the new socialists today about capitalism, it was capitalism which liberated the continent of Europe from the bonds of feudalism, which had reigned for centuries.

In the feudal system, people were feudal serfs bound to the land and the product of their labor was owned or partially owned by the landowner. The landowners at first started bargaining with the serfs for their percent ownership, but as capitalism begun to take hold, the serfs were soon freed from the land. Usually the serfs got at least 50% of their production anyway, which is more than many of us keep after taxes today. We want to be free under socialism, but in reality it seems that we are headed in reverse or back into a feudalistic system where our labor is owned by the state. History reveals then that Socialism is just a glorified system of slavery, where the state as feudal owner of everything, decides how much of your production you will be allowed to keep.

History also reveals the failures of socialism, and therefore it is history that must be rewritten or erased. In Nazi Germany, in Soviet Russia, in Communist China, as in Venezuela today socialism reveals itself to be a failure. It has accomplished nothing of import and has instead murdered and enslaved hundreds of millions and impoverished whole continents.

When a country like the Soviet Union or Communist China refers to itself as Communist, it is really trying to hide the fact that it is socialist because Communism has yet to fully exist. Communism is the promised future Utopia that socialism tells us is out there at the ultimate end of the socialist rainbow. Communism will exist when all property and all labor are jointly used by everybody and nothing is really owned by anyone because there is no private property. This promise of a workers’ utopia is a lie, which is easily revealed by examining the examples I just mentioned. It is easy to see, but many push ahead with their insane ideas as if history had not happened.

I will admit that it is hard to tell how much of the poverty, misery and breakdown in the division of labor in Venezuela today are caused by the socialist system under which its economy is managed, and how much is caused by U.S. sanctions. That is another reason I oppose sanctions as a form of economic warfare against people with a democratically elected government, who apparently haven’t harmed anyone, but brute force is the nature of government and the essence of power.

I will give our Millennials and Gen Z’ers a prediction on where their flirtation with the new elite in the Democrat Party who advocate Socialism, and their idiotic new economic system usually called Modern Monetary Theory or MMT will take them. The skyrocketing debt that it will cause will be even greater than the enormous debt that exists for us and our progeny right now. They will not be happy about paying the increased taxes for debt service on all the free stuff such as free health care, free education, free transportation, etc., and therefore they will not pay. When they refuse to pay in large numbers we will be headed for debt-default, national insolvency, inability to borrow, capital and currency flight and ultimately economic collapse followed possibly by violence on a catastrophic scale with much poverty and hunger.

Finally folks, in conclusion, George Orwell said it best in his book “1984”;

Every record has been destroyed or falsified, every book rewritten, every picture has been repainted, every statue and street building has been renamed, every date has been altered. And the process is continuing day by day and minute by minute. History has stopped. Nothing exists except an endless present in which the Party is always right.

See this treatment of the type of Communism everyone dreamed about. Gene Roddenberry suggested it, and his successors fleshed it out.

The Oxford University Press issued this edition of Herodotus’ Histories in 1998. Photo: CNAV.

1 Herodotus, “the father of history,” called his work an inquiry into the civilizations around him, and past events therein.

Madame Secretary, “At this point it makes a very big difference.”

Presidential Candidate: I Cannot Help Myself, I Was Born This way! It’s Gods Fault – Blasphemy!