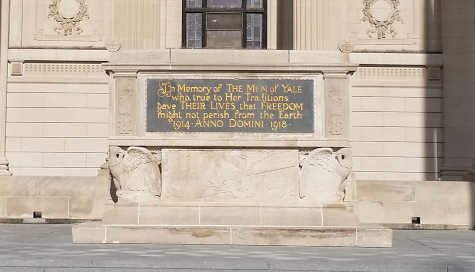 Hello this is Darrell Castle with today’s Castle Report. Today I will be talking about The National Suicide Data Report issued last Monday by the Department of Veterans Affairs. Lots of rumors have been circulating in the veteran communities concerning suicide and the shocking number of 22 per day has gotten people’s attention, so I decided to look into this report and see if I could determine what its conclusions actually were.

Vets commit suicide more often than everyone else

The VA now says that the average daily number of veteran suicides has always included deaths of active duty service members, and members of the National Guard and Reserve, not just veterans. The new report includes data from 2005 through 2015. Much of the reported information is basically the same as two years ago when statistics were reported through 2014. In a nutshell the Report concluded that the suicide rate among veterans is much higher than that of the general population, about 50% higher.

The grim statistics on veteran suicide

According to the report an average of more than 20 veterans every day, seven days a week, 365 days a year commit suicide. This report, unlike the first one, breaks the numbers down into categories. The actual number is 20.6 per day of which 16.8 were veterans and 3.8 were active duty service members, National Guard, and reservists.

That all adds up to 6,132 veterans and 1,387 service members who die by suicide in one year and that is shocking, sad, and horrible or whatever emotional reaction you wish to assign to it. The total is around 7500 per year and would certainly outrage and concern us if the actual war time casualty numbers were that high. In other words we have not had that many people killed in any single year of the long, never ending desert wars. My guess is that it approaches the numbers killed in all the desert wars combined.

Suicide as a public health issue?

The VA seems to be trying to portray the numbers as a public health issue which should come to the attention of public health agencies as well as the VA. The message the VA is sending is that it is not just the job of the VA to reduce these numbers, it’s everyone’s job. The LA Times reported that although veteran suicides were 50% higher than the general population the numbers of those suicides who never deployed to the desert wars was slightly higher than those who did deploy. That would suggest that there is more involved than the trauma of war when a veteran decides to take his own life.

The VA, I’m sure did its best to convey accurate information in its report, but it was long on numbers and short on solutions. Perhaps that is because there is only one solution that is never tried or even discussed and that is the elephant in the room. The elephant is American foreign policy in general and it’s never ending wars in particular. Stop fighting and come home is a possible answer that could perhaps help.

In earlier wars, soldiers knew the enemy and the victory condition

Veterans who fought the World Wars knew that when the enemy was defeated the war would be won and they could go home. They also had the purpose of preserving their nation from a people group who had not only the intent but the ability to destroy it.

In today’s wars the veterans have no such knowledge and no such clear purpose. They go, they fight, they come home, and they go again without any hope that it will ever end. The concept of victory, we won, the war is over, let’s have a ticker tape parade never even occurs to our leaders. The cost of war, if stopped. could pay for a lot of treatment for depressed veterans, but it is much easier and so much cheaper to just give them pills.

The pills are a political approach to a problem that has a much deeper psychological meaning. The President has decided that medication is the best approach because he announced Wednesday of this week that he was ordering the department of defense to buy “a ton” of Spravato because he is concerned about veterans. Spravato is a drug just approved by the FDA with a black box warning which is the strongest required warning. Some of the side effects are:

Will suicide only increase?

Yes, that’s right folks like most drugs prescribed for depression Spravato can actually cause the very thing it is prescribed to prevent. It normally comes as a nasal spray and is used in conjunction with another oral anti depressant. Spravato is made by Johnson & Jonson, perhaps the biggest and richest drug company in the world and the department of defense is going to buy a ton of it and doctors will start dispensing it immediately to depressed veterans.

My prediction is that suicides and other violent acts by those taking this medication will actually increase as a result. I’m not being critical of the President because I am a conservative and therefore need to signal my virtue; no, I’m just saying that Spravato is a new drug and no one knows the long term effects, but if past performance of anti depressants is an indicator I expect results to be bad.

From the VA mental health department

Let’s look for a moment at what the VA mental health department is saying about all this.

Sometimes, life’s challenges can feel overwhelming, like there’s no way things can get better. When things feel unbearable, or if you’re having thoughts of ending your life, support is available. VA offers a number of programs and resources for Veterans and their loved ones, friends, and health care providers.

Under the topic of know the warning signs we find the following:

Under the topic of “the presence of the following signs requires immediate attention:”

If you or the Veteran in your life is feeling depressed, anxious, hopeless, or as if life has no purpose, but is not in immediate danger we encourage you to call or contact.

A different kind of war?

So we write reports, we theorize, we prescribe drugs, and we talk, but we don’t take a hard look at what causes the problems that lead to self destruction. There are too many wars which have no end requiring some veterans to deploy six or seven times. This is very destructive of family life and makes it difficult to impossible to hold on to a family in a normal sense.

These are patriotic people by definition and they undoubtedly join to serve and protect their country and the way of life of its people but what they sometimes see is completely different. They are witness to the deaths of many including many civilians including children and they wonder why. Perhaps they come to realize that some of the things they’ve seen they will never unsee.

The government is willing to try just about anything to help them except stop the wars. That cannot be done for reasons we all know about. The foreign policy of the United States is all fouled up and it looks as if it will stay that way. President Trump talked about withdrawal from Afghanistan but was told that it could not happen. He is doing something that he probably thinks will actually help and that is ordering massive amounts of anti depressants. Does he ask himself why veterans are so depressed; I don’t know if he does or not. I do know that war drains one of joy and causes an endless struggle to regain the joy of life. It also causes its victims to struggle to adapt to civilian life and many are unable to do so. It inflicts permanent, incurable scars on the human mind.

I want to leave you with two actual stories of actual veterans who left these stories on the www.taskandpurpose.com website. I will reproduce them exactly as written.

I am a parent of the Iraq and Afghanistan war. He served 6 combat tours. He took his life on April 10, 2019. SSG Patton was well decorated and passed the Green Beret course. He left the army after the untimely death of his father. He attended Sam Houston State University and had a 3.5 GPA pursuing duel degree Accounting and Computer Programming. He was my only child. Why was my only child sent to combat-MOS infantry 6 times? Why did he not receive proper mental health treatment and medical care?

I know of another mother whose son took his life a month prior to my son. This is an epidemic! Face the truth that our military is broken and not taking care of our veterans.

In response to this dear ladies comment a gentleman replied.

Because your son chose to become an infantryman. He chose to go Special Forces. I did, too and I went four times. That is the job. I have a friend who stayed in longer and went seven times. It is what it is. Mental health has—and is—available for all servicemen. The thing is—if he doesn’t choose to seek that mental help, there is nothing the Army can do about it.

I lost one of my men to suicide. No one saw it coming and he never reached out. It hurts to this day—and I am deeply sorry for the loss of your son. But blaming the military won’t change anything. Yes—some senior command elements turn up their nose at mental health. They are dinosaurs and are on their way out. There is no room for that idiocy in the military—not anymore. The fact remains, though—the best way we can help each other and our extended military family, is by encouraging each other to talk. If not to a professional, then to their loved ones.

Finally folks, all the talk by the various government agencies are just excuses as they search for simple, cheap solutions that are right in front of their eyes but ignore the elephant in the room. When you find yourself in a hole, stop digging and right now we are in a hole. We can and should treat the past victims of war like people and not just collateral damage, but we should also prevent future victims by changing our policy. It’s not really that complicated but any candidate who even mentions it is quickly ushered off the stage. It’s time and past time to reassess the wars and the damage they are causing to us and to them.

This altar-like structure that once stood in Hewitt Quadrangle at Yale University, commemmorates Yale men who fell in battle in World War One. Photo: CNAV

Autism—still looking for answers in all the wrong places

Taxing America To Death: 545 Responsible For This Mess Who Unite In Common Con Job

One of the things that is interesting is that in the Bible when the Hebrews/Jews were retaking their homeland back after each battle the soldiers were required to remain outside of the camp for a week talking to each other about what they had just gone through. Our soldiers need to be doing a similar thing so they do not bury things in their mind to create problems later.