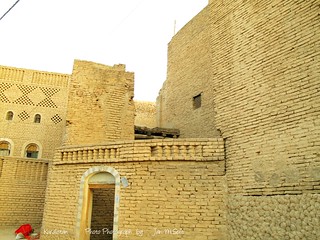 Turkish air strikes killed eight, at least five civilians and three SDF fighters recently, and wounded dozens of civilians, according to the Kurdish-led Syrian Democratic Forces, as the Turkish military offensive against Syrian Kurds began. Thousands of people have fled Ras al Ain in Syria, and are now refugees. Turkey was emboldened by the withdrawal of American forces in the area.

Did President Trump abandon or betray the Kurds?

After an eight-year war against Syria and ISIS, the Kurds, who for years were Americas main ally on the ground in Syria, have rightfully expressed that President Trump’s decision to pull forces out of the way, was a “stab in the back.” The Kurds have played a leading role in capturing territory from Islamic State, and now hold the largest swathe of Syria outside of Bashar al-Assad’s government’s hands.

Senator Lindsey Graham, one of Trump’s closest allies, said recently, failing to support the Kurds, would be “the biggest mistake of his presidency”.

Who are the Kurds?

Israel is a beacon of success, in the battle of indigenous peoples, to roll-back the 7th century Arab imperialist invasion, conquest, occupation and oppression of the region. The Turkish Ottoman empire wasn’t much better to indigenous people.

A call for Israel to support and defend the Kurds

Israel should support Kurdish independence; their demand is just. I’ve said so, in many articles over the years, the last one about two years ago, “Israel Must Recognize An Independent State of Kurdistan.”

In August 2017, PM Netanyahu himself, told a visiting delegation of 33 Republican Congressmen from the US, that he was in favor of an independent state for the Kurds, “a brave, pro-Western people who share our values.”

Earlier in 2014, PM Netanyahu said that “It is upon us to support the Kurds’ aspiration for independence,” He also called them a

fighting people that have proven political commitment and political moderation, and they’re also worthy of their own political independence.

Yet Netanyahu has done nothing to recognize Kurdish independence. Now is the time.

An Israeli MK intercedes for the Kurds

Due to Turkey’s latest attacks, Shaked spoke about the Kurdish situation on the Syrian border, “I have said this in the past: It is in the interest of both Israel and the United States, for the security and stability of the region, that a Kurdish state be established.”

“The Kurds are the largest people in the world without a country. An ancient people who have a special historical connection to the Jewish people. They deserve a state. The Kurds in general, and especially those in Turkey and northern Syria, have done the most to advance Western cause in the region. They are the main factor fighting against ISIS, the West should stand by them,” Shaked wrote on her Facebook page.

Support in the Talmud: the Kurds and the Jews go back a long way

She’s right, according to the Talmud in numerous places, King Monobaz I and Queen Helena of Adiabene, now part of Kurdistan, whose capital was at Arbela (modern-day Erbil, Iraq), converted to Judaism and donated large funds to the Temple of Jerusalem, including the gold grape vine cluster, hung on the Temple itself. Erbil till today, is a city in Iraqi Kurdistan and capital city of the Kurdistan Region.

It’s no secret that close relations existed between Israel and the Kurds throughout most of the sixties and into the seventies, until the collapse of the Kurdish revolt in Iraq, in 1975.

Another MK speaks for the Kurds

As a nation-state of an ethnic minority in the Middle East, Israel cannot close its eyes to the suffering of the Kurds in the region. The murder of the Kurds will bring a wave of refugees, change demographics, and intensify instability for generations, Israel must internalize the new rules of the game with regard to all challenges.

Israel must return to supporting the Kurds openly

With all this in mind, Israel should actively and openly revive its former policy of support for the Kurdish people. Israel must recognize an independent State of Kurdistan, as soon as they declare independence, establish diplomatic relations, exchange embassies, work in international forums and agencies to support their independence, and at the UN, to have them admitted as a member state.

I think the Americans blew it in 2003. They should have carved Iraq into three areas – or states on the way – approximately, a Kurdish north, Sunni center, and Shiite south. They should have offered the Kurds independence almost immediately. Then they would have had a strong regional ally and bulwark against Iran much earlier.

Will Israel step up?

The Americans seem to be missing the boat of opportunity again, with regards to the Kurds. But Israel shouldn’t, it’s about time that Israel recognize an independent State of Kurdistan.

Trump is wrong on this one, but Israel can be on the right side of history!

Details on the action in northern Syria remain sketchy at best. Reports include this one from US News and World Report claiming two civilian deaths and two woundings. This DuckDuckGo search lists several articles relating to the action in Syria.

CNAV advises caution, however. We cannot vouch for the objectivity or freedom from bias of a single source in this result. The fighting in the Middle East plays out against a larger, worldwide drama. This has much in common with the state of endless war George Orwell depicted in his trademark work Nineteen Eighty-four. On one hand, Turkey calls “terrorists” what other sources call “civilians” or SDF fighters. On the other, some publications seem bent on keeping a status bellicosus. Which fancy Latin phrase literally means “endless war.” They remind CNAV of William Randolph Hearst, or of the Senators of Rome who kept urging,

How many troops has Trump actually withdrawn?

Furthermore, the size of the American troop contingent President Trump ordered out of the area is in dispute. One source said as few as fifty service members were in the area.

In all fairness, CNAV has decided to use this link from the President himself: