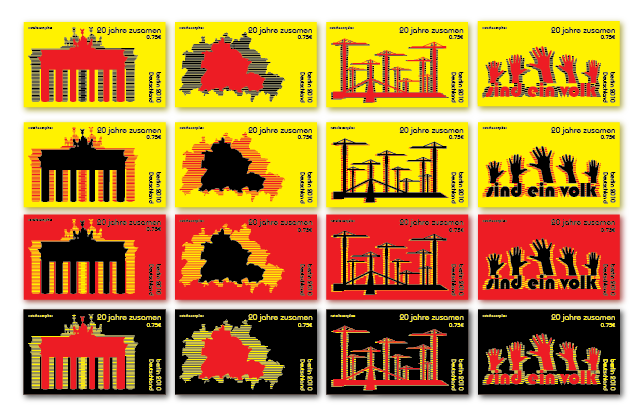 Hello, this is Darrell Castle with today’s Castle Report. Today I will be talking about the 30th anniversary of the fall of the Berlin Wall 30 years ago this week, and why it is still relevant today. On November 9, 1989, thousands of East Germans imprisoned by the Soviet System for more than four decades began the process of tearing down the wall, just as Ronald Reagan had encouraged them to do in 1987.  I remember watching it on television as if it were yesterday.

JFK protested the Berlin Wall when it went up

Another U.S. President went to Berlin in 1963 just two years after the wall was built and made a similar speech as a way of encouraging and showing solidarity with people imprisoned by that terrible regime.  President Kennedy spoke outdoors, near the wall.hundreds of thousands of people on the east side of Berlin gathered to listen to his words by loudspeaker. The same thing happened when President Reagan spoke more than two decades later.

Relevance of the Berlin Wall today

Why is the fall of the Berlin Wall relevant today since it has been 30 years? For one thing it helps to remember as a way to understand where you have been. If you don’t know where you’ve been its hard to understand where you are going. A second reason would be to review the long history of the cold war, the many tactics employed, and the tactic that finally worked. Finally, it may help to understand how the soviet system denied sovereignty to captive nations as does the European Union although in a different manner today.

The Berlin Wall goes up

How did it all happen to such a great city Like Berlin from which came Einstein, Planck and Heisenberg? After world War ll the allies divided Berlin into four sectors; American, British, French, and Soviet. The Soviets had the East sector and forbid travel to the West but somany East Germans were escaping into the West, an estimated 3.5 million between 1945 and 1961 that on August 13, 1961, the East German government ordered construction of a wall to prevent escape. Families were separated by the wall for decades and hundreds died trying to escape to the West.

The rebuilding of Berlin post World War ll was an American achievement under the leadership of George Marshall and President Truman. When the Soviets closed off Berlin to the West, Truman and Marshall began an airlift of supplies that eventually broke the blockade.

Why the Berlin Wall?

The two political systems which together destroyed Berlin, National Socialism, and Soviet Communism were necessary for the strength of each to grow and expand. Without the necessity to fight Hitler there would have been no Soviet invasion and conquest of Eastern Europe.

The crackup of the Soviet Union did not happen because of Reagan’s speech although it certainly helped. More than anything it helped the morale and determination of the East German People to continue their demands for freedom and reunification.

How the Berlin Wall came to fall: Soviet weakness

For many years the Soviet control of its Western European Empire had been teetering on the brink of collapse. The Soviet System was a good example of what a planned collectivist economy can achieve. The old jokes such as we pretend to work and they pretend to pay us, and we are in the 15th year of the 5 year plan for the Soviet economy, were actually true. Those Eastern European countries were actually burdens instead of benefits. They gave the Soviets the illusion of being a great empire, but they didn’t produce anything so they were a net drain on the Soviet economy. Since they had no first world GDP to speak of, the Soviets had to pour money into each of them to keep them going and to maintain their militaries. Sometimes you think you own something only to find out it actually owns you.

Gorbachev was brought to power specifically to fix the desperate economic problems that had been hidden from the West for so long. When he saw what the problems were and that they were unsolvable within the existing system, he knew he had to accept Reagan’s offer to change the system. Hungary was the first to slip away because when the Hungarian President said he could not maintain his border fence without his Soviet money he was told to let it go. The Hungarian people did the rest by crossing their borders in droves. The Soviets imprisoned people not just in the East but in each individual country. They all had their borders maintained with Soviet money.

Berlin was the last to go because it symbolized the Soviet System to the West.  The East German people saw what was happening in neighboring Poland and Hungary and they were hopeful. The East German Government was fearful because they could see that their days were numbered. The final end came on November 9th 1989 when at a press conference it was announced that travel restrictions to the West were lifted. Late that night the border guards opened the gate and thousands of East Germans poured through to the West.

A party atmosphere reigned in Berlin that night and it wasn’t a Communist Party either. The East Berliners were met with champagne at the gate as families were reunited after decades of forced separation.  The end of a divided Berlin was the end of the Soviet Union and the birth of the Russian Federation. The tearing down of the wall was one of the most significant events of the 20th century exceeded only by two world wars.  The East German government, now free of Soviet control, saw the handwriting on the wall and quickly voted for reunification.

The West essentially took over the East and it caused economic shock to set in. They went from a managed economy that provides everything when there is anything to provide, to a free economy based on competition. This part of the process always reminds me of our situation today as many, even many presidential candidates; counsel us to go in reverse as if history never happened. The West footed the bill for reunification because the East had no money thanks to 45 years of communism.

Today: learning the wrong lesson from the Berlin Wall

At a ceremony marking the 30th anniversary, Mrs. Merkel, chancellor of Germany, warned against taking democracy for granted. She seems haunted by events of German history and unwilling to act in defense of her own people because of those events. Guilt comes off of her like a bad odor every time she speaks in public.

I would like to tell her that she is the leader of a once great people who could be great again if not for her and people like her. She believes she must atone for Hitler of course, but she also remembers the Berlin Wall. That in turn influences her decision to allow Muslim migrants to overrun Germany. Her words at the 30th anniversary celebration prove these things. To prove she has properly atoned for past German sins she must destroy Germans as a distinct people group. As one writer put it, “why are so many unrelenting salvos fired at a sunken vessel”.

I’m sure that’s how the deep state wants the world to be. Always in a state of conflict which they will never allow to resolve. The fall of the Soviet Union was the greatest opportunity for peace in a century. But two U.S. Presidents, NATO, and the European Union squandered that opportunity. Those Presidents, i.e., George H.W. Bush and Bill Clinton, apparently made the decisions. But what they decided makes no sense unless one looks at the goals of the Deep State. To move NATO to the border of Russia after you agreed not to do that as part of a bargained for agreement makes no sense. It makes no sense unless you really don’t want peace and you are instead striving for a chaotic and conflicted world.

The EU formed originally as a body of European nations integrated for economic purposes. It would ease tariffs on goods traded between member nations and would be mutually beneficial. Later the “economic community” became just the European Community, which didn’t pretend to be solely about the economy. Instead it made and enforced laws of a civil nature that had nothing to do with economics. Then it became the European Union and all pretenses about economics ceased. The unelected European Commission initiated laws that the people of member states had no say in but still had to obey.

The new guidelines caused the shutdown of some industries and the encouragement of others. In some ways the people began the process of becoming poorer rather than richer. These were all gripes of those favoring Brexit in Great Britain. The Union controls virtually everything for the European people though, so Brexit is a tough sell. Most Britons are not old enough to remember the Battle of Britain and the struggle to remain free in the face of demands from NAZI Germany. They do know that the European Union controls their pensions and that is far more important.

And the Arab Spring

The final blow to end European culture was apparently the West’s policies in the Middle East. The Arab Spring revolts, the war against Libya, the wars against Iraq, Afghanistan, and Syria, created millions of Middle Eastern migrants. They then flooded European nations taking away much of their economies and all of their individual cultures.

Finally folks, the one thing I know for certain is that for the 6000 years of recorded human history technology has changed but human nature has not.

[…] This article first appeared on the author’s own site and appears here by permission. In addition to which, readers might enjoy this more recent article: […]