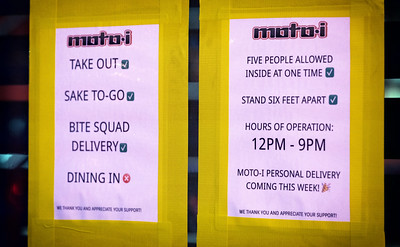 Sir, I rise to a question of civil order—and of privilege and immunity of citizenship. I protest the spectacle of Democratic Party State governors (including Gov. Ralph Northam, D-Va.), and the Speaker of the House of Representatives, acting like labor-union shop stewards and calling a general strike. For that is what this “social distance” regimen now amounts to: a general strike in the guise of a quarantine. Worse yet, they offer not a dime of “strike funding” except on conditions neither you nor I nor the President will or should accept. These politicians can only intend to destroy the remnants of capitalism in America and establish a new—communist—order.

My credentials for discussing this subject

I hold the degrees of Bachelor of Science and Doctor of Medicine. I received the second at Baylor College of Medicine, Houston, Texas, on 22 November 1985. After that I accepted seven years of postgraduate training. True, I practiced my trade for a short time: six years as a laboratory administrator in 250-bed community hospitals. But my training and experience do enable me to review scientific papers and judge their conclusions.

I respectfully ask you to bear this in mind in assessing the remarks that I shall now make.

Rationale for a general strike

For the benefit of yourself, your staff, the President, and any other reader, I will use the phrase general strike to refer to the regimen of business closures, mass house arrest (“stay-at-home orders”), etc. that the Centers for Disease Control and Prevention call “quarantine.” To prove my introductory allegation, to paraphrase Jefferson, I submit these facts in evidence.

First I offer this incredible report from London’s Imperial College Faculty of Medicine and Science. They recommend such a general strike for as long as eighteen months. And they say we ought to end the strike only when we have a vaccine. (See here for their page linking all their reports, ten thus far.) That they say nothing about a treatment indicates they anticipate that no treatment will ever be effective. The readiness of Governor Andrew Cuomo (D-N.Y.) to sponsor clinical trials of such treatments belies this last premise.

Their micro-simulations make zero sense in light of everything else I hear about the:

They maintain that ending the general strike will result in an immediate rebound of the virus. Worse, they assume that infection will always rebound, no matter how long a general strike lasts. That can happen only in the event of an:

This report provoked the general strike

Yet this report provoked the CDC, and Dr. Anthony Fauci, head of NSAID/NIH, to support this general strike call. The CDC wants the strike to go on for eight calendar weeks. (At least Dr. Fauci recommended the more reasonable alternative of two weeks. But end dates have an annoying habit of moving back, and back, and back.) We hear of schools closing for the rest of the academic year. Governors (including Governor Northam) have ordered businesses to close for spans of time varying from fifteen days to indefinitely.

Sadly, even the International Olympic Committee takes this timetable seriously. We now learn they will postpone the Games of the 2020 Summer Olympiad for one solid year.

Another protest of the general strike

Do not, I beg you, take my word alone for this. Read this protest by Mychal Massie, author of The Daily Rant. He offers these stark statistics on the Pennsylvania experience:

News reports out of Pennsylvania on Monday, March 23, claimed the number of people with the Covid19 flu virus is up to 644. That’s 644 out of 13 million people since January 1, 2020. Buried in the penultimate paragraph of one news report a sentence stated three people have died from this virus. And for that the entire State is under de facto martial law lock-down?

Worse yet: we simply do not have the correct denominator to calculate a good case-fatality rate. Frankly, I dispute the reported overall case-fatality rate of two percent. We should test everyone who asks, no questions asked, beyond a travel, work, and social-contact history. Then we would see a much higher incidence (how many new cases per day, week, etc.) and prevalence (how many current cases). But the mortality (how many die) would not change. Thus the case-fatality rate would decline. Decline, I predict, to that of seasonal influenza.

I further contend the CDC and others overstate the mortality. Who dies with the virus does not necessarily die of it. Any physician learns this elementary fact, and learns not to overstate the mortality of any chronic disease. But I find the CDC in violation of this rule. I suggest you ask for an independent audit of all mortality figures, and independent review of all relevant death reports. With fewer than 700 fatalities, this task ought to require not more than four or five person-days.

Does the China experience really support such a general strike?

Next, I offer the reports of the China experience. On a social medium I shall not name, someone suggests that the Chinese, under communism, succeeded in arresting permanently the progress of the virus. He then asks whether anyone is willing to alter a likely jaundiced view of the Chinese Communist Party. One presumes he also asks people to alter their view of communism as a social organizing principle.

That organizing principle, as I’m sure you know, includes the following features:

If the Chinese government said they did it, they must have done. Really?

To support his declaration, this person who shall remain nameless, on a social network that shall likewise remain nameless, asks people to accept uncritically the declaration to that effect by the Chinese news agency Xinhua and other official and semi-official Chinese government and Party channels. In this regard I believe Xinhua as readily as I would believe the old Tass—namely, not!

Congressman, I dispute the effectiveness of the Chinese government in handling the virus outbreak.

I dispute any pronouncement they make about anything, absent specific corroboration.

We know positively that they under-reported, by as many as forty-three thousand, the number of positive test results. And they were under-reporting in February. Apparently they fudged the guideline on when to report, and when not to report. Furthermore, residents of Miami-Dade County are suing the PRC government on this ground. So again, you need not take my word for it. You may await pre-trial discovery in this new legal matter.

The Director-General of the World Health Organization is a de facto PRC appointee.

So I require independent corroboration of anything they say as well. Especially when, two months ago, they were denying human-to-human transmission.

Is pollution a reliable indicator?

We know that the level of NOx pollution over Chinese skies fell to near-undetectability (from outer space) in February. That pollution has returned to status quo ante today. We also known the PRC closed down their special hospitals in Wuhan.

But what does that prove, except that they called off their own general strike and got back to work? (Or are they pretending to be back at work when in fact they are not?)

We also hear of the regular hospitals being filled to capacity and having waitlists. We also know that life is cheap and always has been. True, Mao is long gone. But at least some of his mind-set remains. So I suggest, absent independent and non-WHO and non-UN evidence to the contrary, that the Chinese merely went back to work in spite of a lingering virus presence ready to re-explode.

The real motive for the general strike

Returning to the American experience, I suggest a darker, hidden motive for calling a general strike (“quarantine”) in America. By the recommendation of the Imperial College, we face a general strike lasting the rest of the calendar year. It could even last a full tropical year from vernal equinox to vernal equinox. Result: near-total unemployment, impoverishment, and in-home starvation, especially in the cities. The result after that: communism. Mayor Bill DeBlasio of New York City has already made an explicit call for such a system.

But suppose we were getting exaggerated numbers all along? What then would be the motive for giving such numbers? Simple: the Democratic Party wants communism, however often they might deny it. (Senator Bernie Sanders, I-Vt., will not deny it.) I also see certain government employees who would like nothing better than to organize the government along communist lines. They and certain Democratic Party officials are lying to the public in order to continue this general strike.

As further evidence I cite the last-minute reneging of Senator Dick Durban (D-Ill.) on a deal he negotiated in the Senate on Sunday evening. Apparently the Speaker of the House told him to do this. Why? Because she intends submitting her own program to change America itself. Your colleague, James Clyburn (D-S.C.), brazenly avowed as much. “This is a tremendous opportunity to restructure things to fit our vision,” said he to his fellow Democratic House leaders.

And what sort of things does the Pelosi bill contain?

Among other things, the Pelosi bill provides or demands:

The President has no business letting a general strike go on

I believe in either case that our President has received bad information and worse advice. And I take heart that he is contemplating rejecting any advice he might receive to continue the general strike beyond the first of next month.

He has three eminently reasonable grounds so to act:

Our best source for any hopeful result is the Tesla company, with their Gigafactory on the outskirts of Shanghai. That installation closed for ten days, then reopened. Now we shall see what happens when, as I anticipate, the virus breaks out afresh across China. Will Tesla be able to keep its factory open? Will they be able to prevent any infections at their facility? Stay tuned.

In the meantime: your Speaker blew up the President’s attempt to provide a “strike fund” for those of us now under orders to go out on general strike. Now I call upon you to advise the President in a new call:

[…] of this virus. Dr. Deborah Birx flatly admitted Americans are doing this, too. Your editor has often said those who die with the virus don’t always die of it. And he repeats what he wrote to Rep. Rob […]

[…] show that no emergency existed, and a police state established itself with nothing more than hype? Your editor, along with three contributors to this site, have asked that […]

[…] show that no emergency existed, and a police state established itself with nothing more than hype? Your editor, along with three contributors to this site, have asked that […]