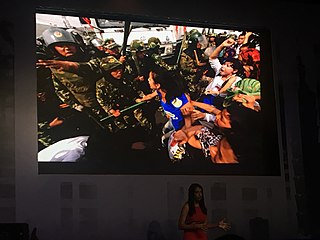 The police state in American film and television

The latter half of the twentieth century saw at least three movies depicting a police state in America. Shadow on the Land (1968) came first. Arguably The Handmaid’s Tale (1990, with Natasha Richardson in the title role, is more famous today. (Audiences almost forgot it at its original release.) But between them came a movie that the present crisis makes more relevant than ever.

Warning: this article obviously “spoils” the narrative. CNAV writes this knowing that Aaron Spelling Productions never issued this title for home viewing. One may view the title here, at least until Spelling Productions files a DMCA demand that YouTube take it down. CNAV apologizes for the low resolution.

The set-up for the police state

The Last Child (1971) has an interesting premise. It exploits the anxiety that Paul Ehrlich stirred up with his Population Bomb (1968). So in The Last Child, the United States has enacted two laws that one would think the Supreme Court would have struck down as violative of the Constitution:

The ostensible reason for this is that too many people inhabit the Earth. So the United States, at least, has a Department of Population Control, with its own Enforcement Division. In short, America is a police state, and the Population Police is the most powerful law-enforcement agency. Every other police agency willingly enforces the dictates of the Population Police.

Flight from the police state

So a young couple, having already lost one child and somehow avoided the mandatory hysterectomy, conceive another. The movie follows:

The Last Child suffers from one key flaw. Or does it? It does not render the overpopulation problem effectively. Would Aaron Spelling have made such a mistake? Or did he actually intend to show that no emergency existed, and a police state established itself with nothing more than hype? Your editor, along with three contributors to this site, have asked that question.

The police state does not enjoy universal support

Spelling does show in his movie that the police state does not enjoy universal support. That the Senator can send the couple to Canada means the Canadians did not respond so drastically to the population problem (if it exists). More than that, the Senator retains enough influence to escort them to his home and shelter them there. Even “Javert” cannot budge the Senator, and even has a problem getting a search warrant! And the pregnant woman’s brother finds the courage to defy the government at last.

Moreover, the one-baby-only policy provokes controversy. But not every editor has tne courage to buck whatever experts suggested such a policy.

The one item Spelling did not include, was any illustration of hypocrisy in the population-controlling police state. One can only wonder whether this kind of display, or its equivalent showing a privileged large family,

would in the population-control context have caused the people to get ropes, light torches, and march on Washington! But then this story need never play out, and Aaron Spelling would have had a radically different project.

Warning! Do not consent to a police state

Still, The Last Child stands as a warning. A police state can take hold even in America. Arguably it already has today. But the real-life authorities forgot the real point Aaron Spelling made. Even a police state survives and thrives only through the voluntary consent of the governed. Thomas Jefferson famously made that point. He and others led the American people to withdraw their consent to King George’s police state. Aaron Spelling, whether he meant to or not, encouraged Americans never to consent to a police state, for any reason.

…nor think it couldn’t happen here

Let no American think Paul Ehrlich’s mistaken thesis cannot excuse a police state today. John Holdren, coauthor of Ehrlich’s most famous work, suggested poisoning the water so that women couldn’t bear children. (He lamented only that he couldn’t identify a suitable drug.) Bill Gates is on record as saying vaccinations are the best way to depopulate the planet by force. And he says we must “kill” 350,000 human beings per day to prevent irreversible climate change. This goes beyond the police state in Aaron Spelling’s almost forgotten project.

Jonathan Swift, H. G. Wells, and Rod Serling all famously recognized science fiction as a means of social commentary. Did Aaron Spelling recognize just how valuable his social commentary would become? Sadly, we cannot ask him; he died fourteen years ago. But The Last Child could be the best part of his entire legacy to the American viewing public. If America can now withdraw its consent to the police state that now silently prevails, projects like The Last Child might be one reason.

[…] on the Land – for realPolice state prediction 49 years agoBlue Thunder: next […]