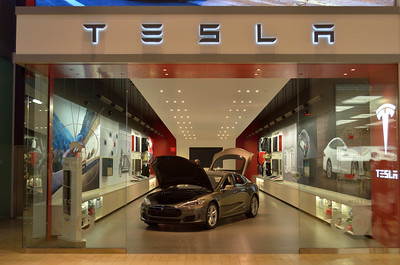 Tesla has won its battle with the obstreperous Alameda County Interim Health Director and Board of Supervisors. The county now says it will leave Tesla alone.

To be specific: Alameda County formally approved a plan for Tesla to resume full production by May 18. And: it redefined the phrase “basic minimal operations” to include operating at a minimal capacity. The Fremont, California factory started running at 30 percent capacity two days ago (May 11). By all accounts, the County considers this production level “minimal” enough.

The County could have taken heart from the 38-page plan that Tesla sent them, covering worker microbial safety:

A plan now in effect, of course. But County officials wouldn’t even return telephone calls or e-mails. The reasons for such an attitude alone deserve investigation.

Why Alameda County backed down

Furthermore, Elon Musk let everyone know he planned to move out of California:

A not-quite-local politician, no doubt bidding to apprentice herself to The Squad, used some very unladylike language in reply. She followed this up with the usual union-organizer canards against “evil management.”

Some public officials ought to stay out of other jurisdictions’ quarrels.

That’s when things started to get interesting. The Mayors of Fremont and Palo Alto (site of Tesla’s administrative and Autopilot development offices) said, “Please don’t leave.” But more than that, they directly criticized Alameda County.

To see that come from the Mayor of Fremont should have given sufficient warning.

So then, Elon Musk grew bolder.

The pressure mounts: Tesla and its allies

Nor did the game end there. The federal Treasury Secretary supported Tesla in this:

So did the President:

With that last, Alameda County now faced pressure from above (the feds) and below (the city). So even though the sheriff told Tesla to stop work:

So did the Governor of Oklahoma.

Yesterday, Tesla ended all furloughs at Gigafactory Nevada and brought it back up to full production.

Under the circumstances, Alameda faced a Hobson’s choice. After threatening some kind of criminal action, they must either follow through, or back down.

What has Tesla accomplished?

First, Tesla is on track to return to full production, everywhere except Gigafactory New York. And even in that case, Elon Musk fired a shot across Andrew Cuomo’s bow. One must assume the Governor of New York knows it.

Second, Tesla still has a lawsuit pending, seeking a permanent injunction. The company founder can still wring more concessions from the county as his price for withdrawing his complaint.

Third, Elon Musk has tested public and official opinion of him. As a result he has valuable insights that will guide his future factory sitings. Bluntly, he knows who welcomes him, and who does not.

Winning an ally against air pollution?

Fourth, Elon Musk now has the President on record in support of his ventures. In expressing that support, President Trump took a step he might not now appreciate. This President has made policy from skepticism about what many imagine as a type of air pollution. Yesterday he publicly supported a company that dedicated itself, at its founding, to fighting that very type of air pollution. Good move, Mr. President. He ought to follow up on that, because air pollution, of other types, is real enough. Electrifying the light-duty vehicle fleet has become a must.

Fifth, last, and most important: Tesla might have started a new fashion, in Alameda County and elsewhere. Dr. Steve Turley is correct: the country is rising against an unreasonable “public health” regime, of highly dubious validity:

CNAV salutes Tesla in winning a key victory, for itself, its staff, its customers, and Elon Musk’s fellow citizens. But Elon should not back down from the promises he made.

To repeat: he promised, not merely threatened, to move his headquarters and “future programs” out of California. Technically he could reincorporate anywhere else he pleases, any time he pleases. Moving the Autopilot development team would require persuading team members. California’s high taxes on individual as well as corporate incomes should be inducement enough. Neither Texas nor Nevada taxes the income of individual residents.

As to the factory, restarting it took precedence over any other consideration. Musk carefully avoided promising to move it right away. But he has two good reasons to replace the factory in another State:

First, he need not and indeed dare not risk another fight with county officials. Witnesses living in the region all say Alameda County behaves as badly as this all the time. They played bait-and-switch this last time; they will do so again.

Second, the factory building itself is old, and it shows. Models 3 and Y have both shipped out of that plant with dust specks painted in. Decades of dirt on the walls of the paint shop get the blame for this. This cannot remain.

Third, the factory is, frankly, mis-configured. Tesla did its best with it after buying it from the GM-Toyota joint venture that owned it last. It was a good “starter plant.” But by now Elon Musk and his team know what they need in a factory. The Fremont plant does not satisfy. Time to build another factory (in another State!), then move the existing equipment into it. Then they can sell it cheap to a “flipper.” Specialists do exist who “flip” commercial real estate as well as single-family houses.

To repeat: Tesla won a great victory this week. A victory anyone else can win.

A criminal disguised as a governor: Minnesota’s Tim Walz