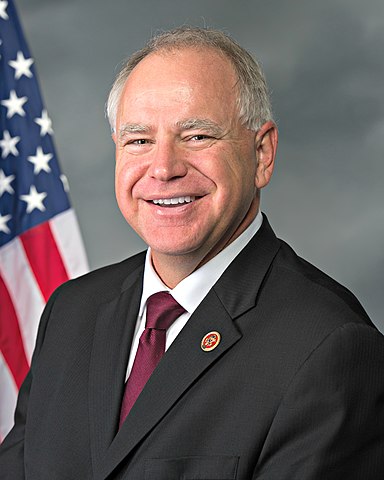 “There is no greater tyranny than that … perpetrated under the shield of the law and in the name of justice.” So said Charles D. Montesquieu

A criminal by definition

Let me ask you a simple question: What defines a criminal?

CRIMINAL, noun. 1. A person who has committed an offense against public law. 2. A violator of law, divine or human. More particularly, a person indicted or charged with a public offense, and one who is found guilty, by verdict, confession, or proof.

Whosoever committeth sin transgresseth also the law: for sin is the transgression of the law.

Therefore, the law shows us who is doing the transgressing (Romans 3:20). When we look to the US Constitution and its enumerated laws, we cannot find where the governor from the state of Minnesota has the constitutional right to pull executive orders out of thin air and then apply that which has not been delegated unto himself by “We the people.”

Minnesota Barber Who Attempted to Reopen Business During Coronavirus Lockdown Faces Up to $25,000 in Fines (VIDEO)

A Minnesota barber who tried to reopen his business during the Coronavirus lockdown is now facing up to $25,000 in fines.

Democrat Governor Tim Walz announced a “shelter-in-place” order on March 25 and extended it twice. This put financial stress on many small “non-essential” businesses.

However, the twice-extended shutdown left Dennie “starving” so he attempted to reopen his business. “I’m not trying to be disrespectful in any way to his rules or laws, but it’s unfair” Dennie said. This according to Twin Cities. Major lawsuit coming on this one rest assured.

Tim Walz may not do what he did

Well, Mr. Dennie, it is not you who is being disrespectful to the law. The governor is because he has no right or constitutional authority in mandating anyone’s business to be shut down.

No man shall take the nether or the upper millstone to pledge: for he taketh a man’s life to pledge.

In other words, the Lord told us that we are not to take away from any man his tools or means of making a living.

If any would not work, neither should he eat.

Does the Governor have the lawful authority to shut down parks by taping them off with police tape? Did he pay for those parks?

The city response to the Covid-19 virus follows the lead of Governor Walz’s Office through his emergency executive orders. Order 20-20 listed public parks and open-air activities that could still be accessed as allowable. A clarification from the Department of Public Safety listed public playgrounds as excluded from access. The City of Willmar taped off the structures. Governor Walz clarified his restrictions as to include public access to playgrounds today. That resulted in the City removing the caution tape and allowing access to playgrounds.

“Essential workers” stay on the job – and how essential are they?

Friends, do remember that the “essential workers,” such as Planned Parenthood slaughterhouses, remain open (Proverbs 6:17).

Representatives throughout the government remain employed. They even go so far as to give themselves pay raises through the coronavirus relief bills. As a matter of fact, while thousands of business are going out of business, Tim Walz continues to enjoy his $127,629.00 compensation.

In response to the few violations that I have noted, Minnesotans are rising up in defiance to this tyrant. Rep. Drazkowski, for instance, recently put forward an amendment which would suspend the salary of Governor Tim Walz. This would hold during the course of his peacetime emergency declaration.

“The governor has unilaterally suspended the salaries of hundreds of thousands of Minnesotans. [So] it is only right that he feels the pain of the economic damaged he has caused,” said Rep. Drazkowski.

Exaggerating the danger to control the people

All of this is over an exaggerated virus. We deal with an attempt to wield more control over the people in this country.

The conclusion: Either deal with the corrupt politicians, or you will lose your freedoms (1 Timothy 6;12). Read Article 2 section 4 and Article 1 section 3 clause 7 of the US Constitution.

The two enemies of the people are criminals and government. So let us tie the second down with the chains of the Constitution so the second will not become the legalized version of the first.

The cover image is the official portrait of Tim Walz while he served in the House of Representatives. As such it is in the public domain.