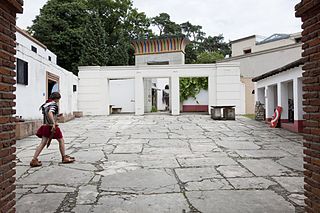 This week’s Torah reading, Parshat Shoftim, teaches “Tzedek, Tzedek Tirdof…Justice and Righteousness shall you pursue, so that you may live and possess the land HaShem (the God of Israel) your God is giving you,” (Deuteronomy 16:20).

Whether as a judge, leader, or as an individual, Rabbi Yaakov Yitzchak Rabinowicz of Peshischa (1766–1813), a Hasidic Rebbe, also known as the YidHakadosh (the Holy Jew), taught, you must pursue justice with justice. The means by which you seek to attain justice must be righteous also. Not like the godless principle of some, that the end justifies the means.

Let’s take a look at what one should do as an individual to live a righteous and saintly life. Then we’ll look at the structure of a saintly political state.

From Parshat Shoftim – how to achieve and measure good intention

Rabbi Moshe Chaim Luzzatto (Ramchal, 1707-1746), in his book Mesillat Yesharim (The Path of the Just), chapter 19, describes what true Chasidut (Saintliness) is:

The true motivation which is found among the Pious, who have exerted themselves and strove to attain it, is for one to serve solely in order to magnify and increase the honor of the Master, blessed be He.

How does one achieve this Kavanah – intention?

This intent will come only after the love of HaShem has intensified within him, that he longs and lusts for the raising of His honor and is pained by any diminishing of it. For then he will perform the divine service for this purpose, so that at least, through himself, God’s honor will increase. He will lust that all others do the same. And he will be pained and grieve when they diminish His honor.

Longing for the honor of Jerusalem

This Saintly attitude was clarified by Elijah the Prophet, in Tanna Devei Eliyahu (Chapter 4). Which reads: “Every wise person of Israel who has attained true Torah knowledge, and grieves over the honor of the Holy One, blessed be He, and over the honor of Israel all his days, who longs and feels pain for the honor of Jerusalem and the Beit Hamikdash (the Holy Temple), and for the swift sprouting of the Redemption, and the ingathering of the exiles, immediately merits Ruach Hakodesh (the Divine Spirit) within his words…”

Thus we learn that this is the ideal intent. For it is completely removed from all consideration of personal benefit, and is only for the honor of God and for the sanctification of His blessed Name, which is sanctified by His creations when they do His will.

Redeeming the honor of God and His people

A Chasid like this, besides the service which he does, in performing his Mitzvot (commandments) with the proper intent, will constantly feel real pain over the exile and the destruction [of Jerusalem and the Temple]. Because they cause a diminishing (so to speak), of the honor of the Blessed One. He will long for the Redemption, because then the honor of God will be exulted.

This is what the Tanna Devei Eliyahu we brought earlier meant: “And he longs and feels pain over the honor of Jerusalem. He prays always for the Redemption of Israel and the return of God’s honor.”

The Shoftim commands: any individual should exert himself

If one would say:

“Who am I, and what importance am I, that I should pray on the exile and Jerusalem? Will the exiles be gathered in and the Salvation sprout because of my prayers?!”

The answer to him, we learned in Sanhedrin 37a:

Thus man was created alone, so that each person should say:

“For my sake the world was created.”

Already it brings gratification to HaShem, that His children desire and pray for this. And even though their request may not be fulfilled, because the proper time has not yet come, or for some other reason, nevertheless, they have done their part and the Holy One, blessed be He, rejoices in this.

Thus we learn from here, that we:

For on all such matters, we learned:

“It is not incumbent upon you to complete the task, but neither are you free to abstain from it.”

It is impossible for the honor of HaShem to grow except through the Redemption of Israel and the growth of their honor, since in truth, one depends on the other, as the prophet said in Tanna Devei Eliyahu:

Thus we learn that there are two matters in this. One, that the intention behind every Mitzvah and act of divine service be to increase the honor of God. Which comes from His creations’ giving pleasure to Him.

Two, that one feel pain for His honor, and longs that it grow through the magnification of Israel’s honor and their well being… To what is this analogous? To that of a father who loves no one more, than he, who sincerely loves his sons.

A similar perspective on Shoftim

When Israel grows mighty, holiness grows stronger. Wherever the activity of Israel is alive, the light of the True God bursts into flames and shines bright.

This intention [for the honor of God and for the honor and Redemption of Israel] needs to be included in his divine service and also be an actual part of his prayers, namely, to pray on behalf of his generation, to atone for he who needs atonement, to bring to repentance he who needs to repent, and to plead in defense of his entire generation…

It is proper for every Chasid to be motivated in his deeds, for the good of his entire generation, to bring merit to them… See then, that it is a duty incumbent on the Saintly to plead and exert themselves on behalf of their generation… These are the true shepherds of Israel. Which the Holy One, blessed be He, greatly desired in. Who sacrifice themselves for His sheep, seeking and striving for their peace and well-being in all matters.

And what greater matter for self-sacrifice can there be, than to help bring about the full Redemption of all Israel?

In our generation, that HaShem is redeeming before our eyes, besides prayers and longings, it’s possible to do actual physical acts, for example make Aliyah (move to Israel), build up the Land, etc.

Parshat Shoftim provides the blueprint to build the Tzadik State of Israel at the time of Redemption.

What is a Tzadik State?

Just like the Torah sets out the structure, of how an individual Jew can best relate to his Creator (through the Mitzvot), and express his/or her personal example of Kedushah (holiness) in the world, it also does it for the Jewish People on the national level. This national structure sets up the framework for individual Jews and the nation as a whole, to reach their full potential.

You shall be for Me a kingdom of priests [teachers] and a holy nation.

The Torah shows the Jewish People the institutions needed, to build a holy society in Eretz Yisrael (Land of Israel). This will then become a shining example for the nations, on how to express Tzidkut (righteousness) on the national level.

In the parsha, we encounter the Mitzvot to:

From Parshat Shoftim – a blueprint for a proper Jewish State

The Mitzvot, map out the ideal national structure for the Jewish people in their homeland. The parsha describes the central elements of full Jewish life in their own country. Jews today should be working towards bringing about:

When one is held back from actual deeds, the Ramchal teaches us what our prayers and longings should be for. And, when the time of Redemption sprouts, as is the situation today, what Kavanah we should have, as we strive to build the Tzadik State of Israel.

As the prophet told Israel:

…be a light unto the nations, that My salvation may come to the ends of the earth. (Isaiah 49:6)

Having Fellowship with Demons

Re’eh: God’s Chosen Place for the Temple in Jerusalem