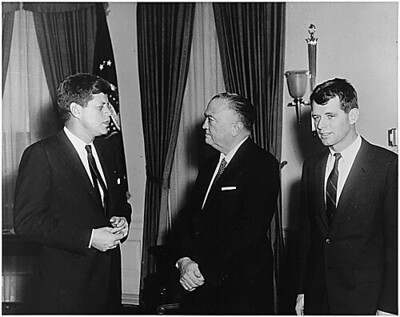 Hello this is Darrell Castle with today’s Castle Report. So far, this month the Castle family is doing well. We have beautiful fall weather here in Memphis with warm days and cool nights. The leaves are just starting to fall as the colors begin to change. The geese are on the wing more often now although they are not coming down the Mississippi River flyway yet. That happens when cold weather hits Minnesota and Canada.

Today I am going to talk to you about the two subjects we are taught from childhood never to discuss in public: religion, and politics. I will discuss those things at the same time since they are front and center in the Senate confirmation hearings of Judge Amy Coney Barrett as an associate justice of the United States Supreme Court. There may be some problems with Judge Barrett’s confirmation because she is Catholic. But when you take away religion as a legitimate target of attack, what does that leave?

The hearings have finished now. The Senate Judiciary Committee has scheduled a vote for next Thursday the 22nd of October. This time it has been different since Judge Barrett has proven herself more than a match for any Senator in the room and probably all of them collectively. Seeing the Senators attempt to match wits with her reminds me of a famous quote attributed to General Eisenhower. When taking command of the North African invasion, he said,

I have been given the task of invading North Africa against Rommel and the Africa Corps. So it’s Huckleberry Finn against Alexander the Great.

Religion and politics collide – as they did once before

My point is that she is intellectually superior to every one of them and they quickly came to realize it. They try to ask her questions they think will embarrass her concerning her attitude about sex, etc. But the questions have not worked. The Democrats find it hard not to admit this woman is different from anyone they have ruined in the past. They are embarrassed about attacking her Catholic faith. As well they should be, as their attacks on Catholicism ring hollow with believing Catholics.

Only the unbelieving Catholics and the Pope seem to appreciate them. Yet he said her faith should be “respected.”

The issue of a person being disqualified from public office because of religion has come up before. I remember the time very well. When John Kennedy ran against Richard Nixon in 1960 Kennedy came from an Irish Catholic family in Boston. We had never thought of a Catholic in the office of President before. Now, we are happy if the candidate is not a member of a Jihadist group or an avowed communist! But in 1960 Catholicism was a big deal. The fear seemed to be that he would consult the Pope in Rome before deciding something for the American people. In other words misguided and divided loyalties.

The issue refused to go away and in fact, it grew bigger as the campaign went on. So on September 12, 1960, he went to Houston to address a group of protestant ministers at the Greater Houston Ministerial Association. I have a transcript of his speech so I would like to quote a few words from it.

While the so-called religious issue is necessarily and properly the chief topic here tonight, I want to emphasize from the outset that we have far more critical issues to face in the 1960 election: the spread of Communist influence, until it now festers 90 miles off the coast of Florida; the humiliating treatment of our president and vice president by those who no longer respect our power; the hungry children I saw in West Virginia; the old people who cannot pay their doctor bills; the families forced to give up their farms; an America with too many slums, with too few schools, and too late to the moon and outer space.

I will return to President Kennedy’s speech in a moment. But first I want to address the point he made in his Opening paragraph. 60 years have passed since he gave that speech. Some of those issues are still with us and in some cases even worse. We try and try to solve them, but we only seem to be doing the easy thing. Which is throw away money that does not exist. To solve problems, we should first endeavor to speak the truth. But to do that today is to risk economic and social ruin. The point is that there are many issues more important today than Judge Barrett’s religion. I could go into what some of those are. But I have an entire Castle Report on the issues that should have been discussed in the debates but were not. Maybe next week I can do that.

Now some more from the speech:

But because I am Catholic and no Catholic has ever been elected president, the real issues in this campaign have been obscured—perhaps deliberately, in some quarters less responsible than this. So, it is apparently necessary for me to state once again not what kind of church I believe in—for that should be important only to me—but what kind of America I believe in.

President Kennedy expressed essentially the same views as Judge Barrett. In that her qualifications as a Judge are obscured by her religion. I don’t know how devoutly President Kennedy practiced his Catholic faith. Catholic opposition to abortion was not an issue then because we were still more than a decade from Roe v Wade. The primary issue for him to address was whether he would take orders from officials outside the United States. In this case, the Pope.

Politics is the other thing we are not to talk about unless we are willing to risk tearing family asunder. But politics we must discuss today. The Chairman of the Senate Judiciary Committee, Lindsey Graham, said that the Committee ought to just cut to the chase and confirm her because everyone knew how the vote would go. Every Republican would vote for her and every Democrat would vote against her, so she would win confirmation. He was probably right about the hearings being a charade. But perhaps in Judge Barrett’s case a few Democrats may have been won over.

Is inquiry into Judge Barrett’s religion and the tenets of that religion a legitimate question for the hearings? Yes, to a certain degree, but the confines of that certain degree are very narrow. For example, if Judge Barrett were a Muslim instead of a Catholic it would be legitimate to inquire whether she shared the Jihadist goals of convert, submit, or die. That concept threatens the fabric of American society and inquiry about it is certainly legitimate.

Many of the Senators started out hostile, by asking questions about her personal life, but that quickly ended. Then they looked at her personal views about decisions, which she rightfully refused to reveal. How could a responsible judge tell you how she would vote on cases not yet before her? She did, however, establish that she was not a typical candidate that they could run over. Running her over was something our old nemeses at The Washington Post and The New York Times tried to do any way. Since they were not part of the questioning process, they busied themselves digging through Judge Barrett’s trash looking for something to hand over to Senate Democrats.

She handled their inquires well. Every mark they leveled against her just reinforced her standing with honorable and decent people. They investigated and did a long report on her membership in the Christian group, People of Praise. They seemed really offended by the title given to her by that organization, “handmaid”. I am not Catholic, but I know where that phrase comes from in scriptures. People of Praise is a Christian group founded at Notre Dame in the 1970’s for people to share common faith within a religious and campus experience. They looked, they reported, and they made what they could from it. But that was not much except that People of Faith is a very conservative, Catholic group that leaves public practice up to each individual.

Now back to President Kennedy’s speech for a moment.

For while this year it may be a Catholic against whom the finger of suspicion is pointed, in other years it has been, and may someday be again, a Jew—or a Quaker or a Unitarian or a Baptist. It was Virginia’s harassment of Baptist preachers, for example, that helped lead to Jefferson’s statute of religious freedom. Today I may be the victim, but tomorrow it may be you. Until the whole fabric of our harmonious society is ripped at a time of great peril.

Finally, I believe in an America where religious intolerance will someday end; where all men and all churches are treated as equal; where every man has the same right to attend or not attend the church of his choice; (and) where there is no Catholic vote, no anti-Catholic vote, no bloc voting of any kind; and where Catholics, Protestants and Jews, at both the lay and the pastoral level, will refrain from those attitudes of disdain and division which so often marred their works in the past, and promote instead the American ideal of brotherhood.

Well, President Kennedy concluded his remarks to the Texans by saying that there was no religious test at the Alamo and the other places where so many have died. Fine words, delivered as only John Kennedy could deliver them. But if I could speak to him today I would tell him that his political party has become the antithesis of everything he spoke for, especially his call for the American ideal of brotherhood.

Politics needs discussion because politics drives almost everything that happens especially in Washington. Should the Democrats discover one piece of information they could use to derail Judge Barrett’s confirmation, that would be a great victory for them in their war against President Trump. Anything, any tactic, is acceptable in this war for the destiny of America. Which I refer to as a culture war.

Religion and politics should not conflict

President Kennedy closed his speech by saying that if a conflict developed between his conscience and the Constitution, he would resign his office. He said that he hoped that 40 million Americans did not lose their chance at being President on the day they were baptized. If so, he said, it is the whole nation that was the loser. Pretty eloquent words folks. They apply today for Judge Barrett just as they did for him 60 years ago.

Finally, folks, perhaps my old friend Chuck Baldwin is right about Judge Barrett when he referred to her as another phony conservative judge. I don’t think he’s right this time. I pray that my opinion is correct and Chuck’s opinion is wrong. And I pray for her that she will win confirmation. And that she will remain steadfast in the face of the corruption that is deep state Washington.

Constitution – why do we have it?