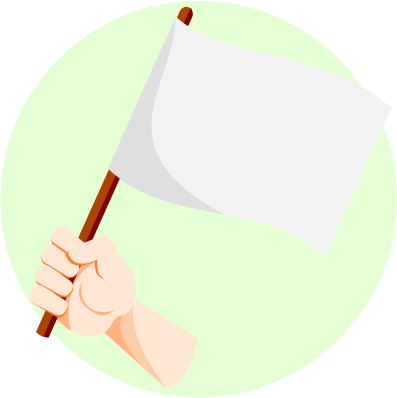 Project Apollo (1967-72) made famous several “one-liners” during critical missions. No more critical mission ever took place than Apollo XIII, in which a fuel cell blew up and the three-man crew almost froze to death, or suffocated. Gene Kranz, captain of the White Flight Team on the ground, coined this “one-liner”: “Failure is not an option!” With that sentiment he drove his ground crew to work miracles, and thus brought three men back alive after a lesser man would have given them up for dead. Today the United States faces a peril just as dire as that of Astronauts Lovell, Haise and Swigert. And in that same Gene Kranz spirit, CNAV declares: surrender is not an option.

The call for surrender

So when The Washington Examiner dares say, “It’s time for President Trump to concede the election and move on,” someone needs to ask them: “Move on to what?!?”

CNAV will leave to Rudy Giuliani, Sydney Powell, and other members of their team to describe that which outlets like The Washington Examiner, to suit their own convenience and to excuse being just plain lazy, leave out. They claim that never in American electoral history has enough fraud existed to change a result with such apparently large margins of victory for one side or the other. But Giuliani and Powell have done a good job saying:

They make a convincing case that:

Dominion Voting Services is a creature of three avowed enemies of the United States, to wit:

Hugo Chavez commissioned Dominion to create a system allowing him to change votes in mid-count so that he would never fail of re-election, nor see any of his referenda fail of passage. Such a system sounds like something out of the worst nightmares of Cato the Younger about his archenemy, Julius Caesar. More recently, those three countries paid huge sums to have jurisdictions in thirty States install Dominion software for their electronic voting machines and paper-ballot scanners. Witnesses have described Donald Trump’s vote totals declining on live television feeds, and Joe Biden’s totals increasing by similar amounts. Powell has affidavits and, CNAV will confidently assume, video footage of this and worse deceptions.

Giuliani is working the mail-ballot fraud angle. He has affidavits of his own describing, without limitation:

So much for a pathway to a peaceful victory in a court of law, like the United States Supreme Court. But the case that surrender is not an option goes deeper than that.

If surrender, then what?

Darrell L. Castle yesterday described what would happen next.

So the formal trappings to cement permanent leftist control would not happen, at least in the first half of a Biden term. Joe Biden could not pack the Supreme Court. The Democratic caucuses would not have the power to:

But, says Castle, a President Biden would reverse nearly every change President Trump has made, because Trump, lacking sufficient cooperation, made these changes by executive order. (The one other thing Biden couldn’t do, is reimpose Obama-level taxes.) More to the point, a President Biden would install a Chinese-style “social credit” system, on orders from, and with the aid and advice of, those who run the World Economic Forum.

Surrender, then die! The proscriptionists are coming

In addition to the above, we have heard Representative Alexandria Ocasio-Cortez (D-N.Y.) call for Roman-style proscription of conservatives.

Nor does CNAV share Attorney Castle’s confidence that the Democrats could not formally enact tyranny. True enough, they can’t, so long as certain Senators and judges remain alive. That’s the key. Four years ago, the Democrats murdered Justice Antonin Scalia.

Americans cannot assume either that

Not when members of the Democratic National Committee actually talk of building re-education camps for ordinary citizens! Do not merely take the word of Dan Bongino or his staff for this. Read the tweet for yourselves!

And Mr. Atkins was just getting started.

Memo to those who falsely call yourselves fact-checkers! These are actual tweets. CNAV has the Democrats dead-to-rights—and has you dead-to-rights for trying to cover this up.

True, Mr. Atkins, in the middle of his Twitter thread, walked back the re-education camp vaunt. But he did call, or suggest calling, for shutting down social-media accounts or platforms with which he disagrees.

This is the unity for which Joe Biden dares call. If we surrender this election, we invite a federalized internal security force to order us to surrender our homes and automobiles. “Block Directors” (Upravdom in Russian) will occupy the most spacious homes in a given block, converting them to office-palaces. Shuttles will take people to government factories, offices, and commissaries. Amusement parks will cease operation. (Lt. Viktor I. Belenko, late of the Soviet Army Strategic Rocket Forces, after his hosts took him to Kings Dominion in Doswell, Virginia, which had opened the year before, told his hosts that nothing like that existed in the Soviet Union.) Adult and child alike will line up to get bland cafeteria meals, as everyone saw in the movie Oliver! In 1968.

(Except that the slogan on the wall will not read “God is Love,” but rather “Workers of all countries, unite.”)

Make no mistake. Neither David O. Atkins nor La Señora Alta Verduga would dare propose anything like this, without the supreme confidence that they could carry it out. And if the only way to carry it out would be to commit Senatorial or judicial or Justicial murder, so be it! Or, to quote a line from a certain Charlton Heston Biblical epic;

That’s why surrender is not an option. We dare not concede to anyone who proposes such things. The sheer brass with which they now speak, tells us that they have laid their plans. We must therefore oppose them, by peaceful means if possible, or…

Election 2024 – who are the viable candidates?