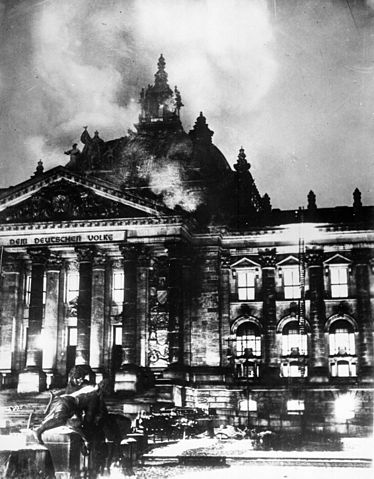 Hello this is Darrell Castle with today’s Castle Report. Today is Friday the 25th of June in the year 2021. On this Report, I will be exploring the question of whether the FBI infiltrated the so-called militia groups the Federal Government labeled responsible for the “insurrection” at the Capitol to the extent that the FBI not only investigated the events of 1/6, but actually caused them.

The Castle family is doing fine this week despite some of the problems that go along with living in this age. Our humble garden consisting of potted vegetables on our deck is starting to ripen which is cause for excitement since we in this family take excitement from the simple things. I can’t tell you the family daughter is perfectly fine in Los Angeles this week, but she is hanging in there all things considered.

The three so-called “militia groups” the federal government has named as responsible for the riots are Oath Keepers, the Proud Boys, and the Three Percenters. I have personally met the founder of Oath Keepers, Stewart Rhodes, and I have heard his presentation a few times. The premise of the organization is that it recruits those who have taken an oath to defend the Constitution and it believes that oath remains in effect. I have no personal experience with either of the other two.

Just to cut right to the chase the FBI not only instigated the 1/6 events at the capitol, but conducted a test run in late 2020 with almost exactly the same set of facts. The head of the FBI field office in the district where the trial run was conducted was promoted to head of the Washington DC field office and given charge of the 1/6 investigation. There are many questions to be considered but the chief one is the statement made by Stewart Rhodes.

Yep, this Whitmer Plot was a trial run for the FBI’s January 6 Insurrection Day at Capitol Hill. What happened on that day was the Reichstag Fire of the Democrat-Deep State Nazis who run the federal government today.

Should Mr. Rhodes’ statement prove to be true then it is one of the most important events in American history, a watershed event and comparison to the Reichstag Fire is not an exaggeration.

Let’s take a brief look at the trial run better known as the Governor Whitmer kidnapping plot. Most of the investigations of these two events, the Whitmer kidnapping and the 1/6 events have been conducted by Revolver News, a very respected news sources and then reported by Tucker Carlson. I read Revolver’s very long and detailed report of their investigation and from that report we learn what really happened in the Whitmer plot and what probably happened on 1/6.

Questions for the FBI that demand answers

The questions to be answered by the FBI, DOJ, Pentagon, and Network News are:

It will take persistence to get answers to those questions, but upon correct answers depends the future of this country and our way of life as Americans. The American people deserve to know the truth about what kind of country they are living in. The premise of the FBI, DOJ, and their friends in the media is that the events of 1/6 were the fault of Trump-supporting QAnon-infused “domestic terrorists”, but secondarily it was due to intelligence failures of the government organizations. That is the explanation they gave to congress, and they continue to give it to the American people. If the answer is that the government agencies at the senior level orchestrated the entire episode and over 400 people are currently incarcerated, many of them in solitary confinement, the implications would be hard to exaggerate.

Who were the unindicted coconspirators – and who else took part?

Each charging document of those incarcerated people has a list of unindicted co-conspirators who, in each case, were much more aggressive and egregious in their participation than the persons being charged. Who are all these co-conspirators that the government listed? Well, that’s the interesting part because they will not tell us, and those people cannot be prosecuted for what they did. This whole thing stinks like the pile of excrement that it increasingly resembles.

It seems that the participants in the events of 1/6 were either ordinary MAGA Moms just walking around DC as tourists and went into the Capitol as would any other tourists; or they were those who were violent and destructive and belonged to some “militia group. “That many of the first group are being held in confinement for months without bail is a terrible miscarriage of justice and an abuse of basic human rights.

What if the Federal Government had undercover agents of the FBI, and/or army counterintelligence who orchestrated and instigated the entire thing for the purpose of bolstering their domestic terrorists are the nation’s worst enemy narrative. The Reichstag Fire comparison seems a lot more reasonable as does the Gestapo arresting innocent people and blaming the fire on them. This would be much worse than the government knowing about the possibility of violence and doing nothing.

The federal government would be an instigator of the worst violence and of a massive entrapment/false charges scheme. That scheme would then have made the government and its agents guilty of many crimes, but also of framing the entire Maga movement as domestic terrorists. To understand the story, we must look at the background and that means, going back to what is commonly known as the Whitmer kidnapping plot.

Three months before 1/6 the FBI arrested 14 people for planning to kidnap Michigan Governor Gretchen Whitmer and overthrow the Michigan State government including storming the state capitol. At least 5 of the 14 people were agents of the FBI. There could be more but the 5 are proven facts. Many of the 14 including the 5 belonged to a so-called militia group, the three percenters. The head of that FBI field office knew about the infiltration and the plot because he had to personally approve under cover field work. He did such a good job of framing the folks in Michigan that he was later promoted to head of the Washington DC field office where he was given charge of the 1/6 investigation to frame those people as well.

Question, if the FBI decided to stop the plot they agency itself planned and launched, and arrest people why could the FBI not do the same in DC on 1/6 or before?

Evidence for a dress rehearsal – and a main event

This all sounds crazy, and it is, but it is also true. The FBI apparently ran a dress rehearsal of the 1/6 events three months before in Michigan. The FBI supplied weapons, explosives, and other material to the Michigan group. The person listed as the leader was a down on his luck young man literally living in the storage basement of a used vacuum store. He also happened to be of low enough intelligence to allow himself to be induced into such insanity. The FBI provided intelligence, weapons, encouragement, and logistical support to the group, and it is obvious it could not have happened without FBI involvement.

Even the media was bothered by the Michigan plot line. Media reports stated that the plot itself may have been the result of entrapment of vulnerable, cognitively deficient, and mentally unstable individuals by FBI informants. The man the FBI identified as leader of the group of plotters fit the same pattern the FBI has used in the past against various Muslim groups. On the brink of homelessness, a friend let him stay in the storage basement of his vacuum store. It was there among broken vacuum parts that he allegedly called a meeting to discuss kidnapping the governor of Michigan. The obvious parallels between the Whitmer plot and the events of 1/6 are impossible to miss. The damage done to innocents who were arrested, held without bail, often in harsh conditions, is egregious, but the damage to the country and our way of life is much worse.

Apparently, the Michigan plot did not start out as a kidnapping, but as a storm the capitol rally. The plan was to “amp up” about 200 men who were attending a peaceful protest rally at the state capitol. That rally was in favor of the 2nd Amendment, nothing about insurrection was planned until the FBI became involved. They were going to agitate and persuade rally goers to run inside and occupy the building. The FBI set up a meeting in Ohio to discuss the plan and even paid for the participants transportation and hotel rooms.

The weird thing is that the FBI acknowledges or admits that it used informants and agents undercover to infiltrate these groups and escalate their plot. The original plotters had zero chance of carrying out such a plot without FBI planning, equipment, including weapons, money, logistics, and above all motivation and brain power. Yes, this Michigan plot did not take the FBI by surprise since at least 26% of the participants were FBI agents, not informants, agents. The indictments indicate that at every level of the plot, the FBI participants played the key leadership role. The plotters explosives expert they were accused of planning to buy explosives from, was an FBI agent.

The indictments themselves are problematic. It is strange that given the actions of so many co-conspirators they all remain unindicted. The DOJ launched one of the most aggressive prosecutions in American history by announcing it as a shock and awe package. They wanted to indict as many MAGA Moms as possible while leaving out agents of the FBI and other federal government operatives. This is about sending a message and even those playing bit parts got maximum treatment. The DOJ was proud of the fact, so proud they bragged about it publicly, that the dragnet made people afraid to come back to DC.

The planted agents did the worst violence

The most violent actions on 1/6, according to the indictments, and charging instruments, involved planted agents of the federal government and yet they are willing to send people to prison for it. That’ll teach them to think twice before they disagree with us. The Reichstag Fire was based on a lie, but it did send a message that still rings down the passing decades for almost a century. The German people could not report the truth, but we can. We know what the truth is, so it is not too late to hold the government accountable.

The director of the FBI should be forced to answer the questions about his agents and informants and exactly what role they played. News reporters such as Revolver can read the indictments and investigate and Tucker Carlson can report, but they have no subpoena power. Congress does have such power and only congress can bring this plot, hatched in darkness to light. I suggest the first place to look for all those domestic terrorists the President keeps talking about, is in the FBI.

Finally, folks, is the government of this, the land of the free, wicked enough to hatch a plot so vile and then punish the innocent to cover it up and to send their message? It sure looks that way.

This article first appeared on the author’s website and appears here by permission. – Ed.

Un-American yourself! - Conservative News and Views

[…] very people who have started an official vendetta against him? After what we have witnessed with the FBI orchestrating a riot and then taking political […]