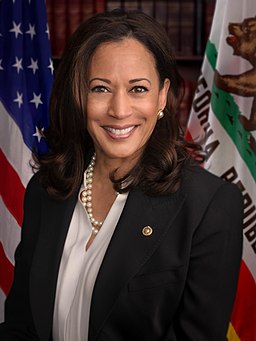 I hope today finds you well. Well, the Harris administration has finally silenced the radical right with Kamala’s historic trip down to the border. There she was at the epicenter of the border catastrophe down in El Paso. Her presence for approximately 90 minutes quelled all the issues she has been avoiding, I mean investigating, you know “root causes”.

She laid out some very definitive plans, a rock solid strategy to combat the issues at hand. Of course she realizes the root cause of this recent catastrophe- yep, you guessed it, it is President Trump’s fault. As far as any plans moving forward and what needs to get done, well that part is a little sketchy. She did say they have made “EXTREME PROGRESS”. When asked for specifics, she said she was pressed for time. It seems the layover in El Paso was only about 90 minutes before she was taking Air Force 2 to her tony Brentwood estate in California.

Her layover meeting was reminiscent of other great leaders and their decision making. FDR and later Harry Truman’s big 3 meetings during WWll come to mind. Or possibly, JFK confronting Khrushchev in regards to the Cuban missile crisis, perhaps. Or maybe, Joey’s recent leadership skills with everybody else first, but the United States strategy. I see a Nobel Peace Prize or two in the making with the Harris administration. President Trump is a racist.

As usual, the radical right has to put their warped spin on Kamala’s monumental moment to shine in her administration’s fantastic accomplishments. Here are some of their blatantly racist and misogynistic takes on her trip.

First, they point out, that she was nowhere near the true epicenter of the border catastrophe. They say the point where illegals are flooding our once great country is McAllen, Texas, approximately 800 miles from El Paso. They use the analogy, that it is the same as going to access hurricane damage in Florida by going to Washington, D.C.

They point out she didn’t visit children in cages (her and Joey’s words), her battle cry when President Trump was in office. These have conveniently become holding facilities for the kids under this administration, nevertheless she didn’t visit those either. They are saying her hypocrisy knows no bounds. That she has zero leadership skills, is in way over her head, and is an embarrassment to her office. I just wish the press would give her the same courtesy and handle her with kid gloves, the way they did with President Trump. You know Deano, like you guys do over at The Times, alway unbiased and objective, just so apolitical, no nefarious agenda for you guys.

Then they question the timing of Kamala’s trip. As the lovely Jen Psaki explained, the timing was just right, you know 93 days after being tapped as the border czar. On a side note, has there ever been a more honest, warm, personable, press secretary than Ole Jen? For the life of me, I can’t understand why Conservatives refer to her as the modern day Joseph Goebell’s, princess of propaganda. The right is even saying it is NOW 96 days since Kamala has been to the border, saying the layover in El Paso was just a failed photo op, and a miserable failure that accomplished nothing, it doesn’t count.

Get this Deano, they are saying the absolute only reason she went at all, is because President Trump scheduled a trip to the border next week. Come on man, like Jen said, the timing was just right….obviously. I mean, just because it was 5 days before President Trump is scheduled to go, just a coincidence. Come on radical right, just a very strange coincidence, that’s all….I think.

Will President Trump be going to El Paso, or possibly Dallas, or Brentwood CA, or actually McAllen where the crisis it at it’s worst? Any word if he plans to stay longer than 90 minutes. Personally, I think staying any longer to investigate this minor inconvenience is a bit of overkill. Don’t you agree Deano? Does anyone know if Kamala stayed longer than 90 minutes once she reached her Brentwood estate?

Speaking of Kamala’s estate reminded me, that you too have purchased a new estate out in Larchmont, California Deano. According to published reports, the word is you may be leaving The Old Gray Lady and heading out to the L.A. Times. They said they didn’t notice the sale at first due to the fact it was purchased under the cover of a trust. These reporting outlets don’t miss a trick, Deano.
It looks like a lovely quaint, and what I have read, a very affluent hamlet. The only red flag I saw was, that its diversity is severely lacking. Maybe just an oversight by you Deano, but the African American population is less than 3%. Yikes, probably just an oversight, on your part.

Just curious, as I am not an expert on California geography, but are you close to Patrisse Khan-Cullors, the cofounder of BLM? She too recently purchased a 1.4 million dollar home in Topanga Canyon . Small world eh, Deano? I was shocked to learn she resigned her position with BLM. Was this before or after the purchase of this luxurious estate? Surprisingly though, her neighborhood is also severely lacking in diversity. I guess she didn’t do her homework either, as hers is over 88% white. Hopefully her moving there will invite other average African Americans to join her. President Trump is a racist.

What about Bill Maher and others?

By the way, what are all these Dino’s doing lately. I mean Bill Maher, doubting the Russian collusion fiction, I mean story, or him saying the Wuhan virus was used for political purposes. How about devout liberal Jon Stewart, shocking political pawn, I mean talk show host Stephen Colbert, by saying the Wuhan Virus was manufactured in a lab. The worst of all has to be the illustrious Los Angeles Times, now saying Kamala has been totally ineffective in her installed role of Vice President. You may want to reconsider working for that propaganda outfit Deano.

Well, that is it for today Deano. Keep up your utmost journalistic integrity, you guys exude over there at The Times. Keep providing such an excellent example to the children of this country. Keep on printing the news that is fit to print.

Serious questions for the FBI about the 1-6 riots