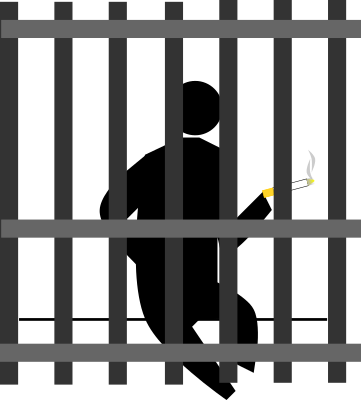 Hello this is Darrell Castle with today’s Castle Report. This is the 15th day of October in the year 2021. Today I will be talking about the so-called federal mandate for employers with 100 or more employees to require the COVID vaccine for all employees. It now seems that the whole thing was just a bluff by the Biden Administration to persuade private employers to do its dirty work.

The Castle Family is doing fine this week despite the stacked odds as we head into the fall season here in the River City. The leaves are beginning to turn and fall, and soon we will enter what I refer to as leaf apocalypse in my yard. Everyone is healthy and the family daughter is still doing well out in the wonderful city of angels.

A federal mandate has no legal authority

Yes, the president, or whoever runs the Biden Administration, apparently knew that he had no legal authority to tell the American people that they could not work without the vaccine. In an effort to ensure that every American was vaccinated the government searched the depths of whatever passes for its mind and concluded that since there was no lawful authority perhaps private employers could be persuaded or intimidated to do the government’s dirty work for it.

The president announced that he was ordering all employers with 100 or more employees to require vaccination as a condition of employment. Many employers complied with what they thought was a lawful order. Some apparently were happy to have government cover for what they wanted to do anyway, some were intimidated, and some just wanted to be down with the cause, Whatever the motivation many people lost their livelihood because of the mandate.

It was supposed to apply to all fields of employment from government to medical, to industrial. I personally talked to two different heads of two medical groups who mandated the vaccine and as a result, many or most of their nurses walked out. Nurses were fired across the country especially in New York City where brave nurses went public with their decision. If the government really cared about the health of Americans, why would it orchestrate the firing of so many frontline health workers.

It was all just a bluff by a federal government that has apparently descended into madness, pure evil, or both. Joe Biden has no legal authority to issue such an order and someone in his administration apparently knew that but decided to run the bluff anyway. There was no law duly passed by congress, and not even an unconstitutional executive order was issued, it was just a badly run bluff. The administration made press statements about it, and their captive media announced it as fact, but press announcements are not law either.

Many companies announced that their mandates were to begin in December as required by federal law, but a few brave people refused to comply. The constitution does not give the federal government such power except when the government by decree takes control of everything as in the Civil War. No civil war exists now so the states have plenary power to regulate the health and safety of their own citizens. No authority to impose a fine on people who refuse to be vaccinated exists, at least no lawful authority.

I suppose the administration was counting on the pre-programed for compliance American people to just go along, but it found that some of us are not sheep, at least not yet. The mandate was effective in intimidating companies, especially those with federal contracts into compliance. Some resisted, but we found that most state governors complained about it but used none of their executive authority to do anything about it.

Some state governors did, however, refuse to comply. The governors of Florida and Texas issued executive orders which ordered employers in their states not to comply and not to require vaccination as a condition of employment. Greg Abbott in Texas issued an executive order banning any entity in Texas from requiring vaccination for their employees or customers. In Florida, Ron DeSantis signed legislation back in May that banned vaccine passports in Florida. Last Tuesday he announced that Leon County would be fined for firing 14 employees for refusing the vaccine.

The Biden Administration reacted to state resistance by continuing the bluff by way of press statements. Press secretary Jan Psaki warned the governors of Florida and Texas that President Biden would override their efforts to fight vaccine mandates in their states. “We know that federal law overrides state law” she said. No Jan, some of us don’t know that but we do know that right now your emperor seems to have no clothes. According to Ms. Psaki the new executive order requiring mandates is currently being drafted by OSHA so unless that is just another bluff, it will be couched as a health and safety regulation.

Some private corporations were apparently taken in by the federal bluff or else they wanted to use it to cover what they already intended to do. The best example is Southwest Airlines whose CEO. Gary Kelly mandated the vaccine for all employees in response to what he said he thought was federal law. Southwest employees were given a deadline to get vaccinated or get fired. The employees, especially the pilots, decided to show Mr. Kelly what chaos looked like in case he had not seen it before.

Over the weekend when the Texas-Oklahoma football game was being played in Dallas thousands of Southwest pilots called in sick, took personal days, or vacation days to the point that some 2000 flights were canceled.1 Not much moved in Dallas that weekend and it affected air travel all up and down the east coast. There were no rental cars available in Dallas and few if any flights out, and that was just one city in one state.

Southwest tried to makeup a large pack of lies to explain what happened, but the story quickly broke down. First it was bad weather along the East Coast, but strangely no other airline was affected by the bad weather. Shortages in the air control tower was the second theory but even the air control centers denied that. Finally, Mr. Kelly, the Southwest CEO, had to admit the truth which was that his pilots would not just lie down while he and Joe Biden ran over them.

Mr. Kelly went right back at the federal government and blamed it all on them. He said he never wanted to mandate the vaccine for his employees and further said his company would only have violated the privacy and liberty of its tens of thousands of workers because President Joe Biden forced his hand. The mandate he issued is all on the federal government according to Mr. Kelly.

He still could not seem to grasp that there is no legal order from the federal government. He said his mandate ordered him to a December 8th deadline and he was still trying to work through that. I never wanted the mandate and never wanted anyone to lose their jobs he said. His objective was to improve health and safety not for people to lose their jobs.

In fairness to Mr. Kelly, he is not the only CEO to give in to federal tyranny. I suspect that many perhaps most of them agree with federal tyranny and are very pleased to demonstrate their compliance. The Southwest pilots did all of us a great favor by serving as a test case in how tyranny could be resisted. Perhaps someday a monument will be erected for them at the Dallas airport. Like Mr. Kelly did at first, many employers let their employees down and instead line up to serve the tyranny of their federal masters until some people make the cost of doing that too high for them.

Jen Psaki, national press secretary, made the federal position quite clear when she accused the governors of Florida and Texas of “playing politics.” That is an old rules for radicals Saul Alinsky trick to accuse your enemies of the things you were doing. Why would you not want to take the steps to save lives she asked them. That’s kind of like the old have you stopped beating your wife question. In response the governor of Florida said, “we must protect the jobs of Floridians and preserve the ability of Floridians to make their own decisions regarding what shots to take.”

So, I suppose that is the difference between the two competing points of view. One position says protect jobs, protect privacy, protect the right of people to make their own decisions about what shots to take. The position of the federal government was stated clearly by press secretary Psaki, “bottom line is, we’re going to continue to implement the law, which the president of the United States has the ability, the authority, the legal authority to do.”

That federal mandate cannot be law

The truth is Ms. Psaki, that the president does have the authority to implement the law. In fact, under the constitution he has the duty to enforce laws duly passed by congress so where is the law that he should enforce? He is not the law, and he has no authority to make law. Congress makes law the president does not make law. His so-called law is not law and therefore not legally enforceable. I wonder if anyone in congress has the courage and will to explain that to the administration.

In conclusion, there are plenty of laws that have been passed by congress that the president chooses not to enforce such as the immigration laws and the laws protecting the U.S. border from foreign invasion. Perhaps some reporter could suggest to Ms. Psaki that if the president is all excited about enforcing the law, he could start on the border instead of with laws that don’t exist.

Authoritarianism is the goal

Finally, folks as the government continues to lose legitimacy it will continue to resort to the only thing it has left authoritarianism. If I ever believed that the intensity of effort to get the whole world vaccinated was about health and safety, I do not believe that now. Now I believe that it is about deprivation of liberty, prosperity, and most of all life.

This article appeared first on the author’s website and appears here by permission.

1 At least one source disputes that account. Mark Megahan of Trending Right Wing interviewed Captain Casey Murray, who heads Southwest’s Air Line Pilots’ Association chapter (or “local”). Captain Murray denied the sickout and explained the cancellations as a ripple effect on a too-brittle route structure. But he did say that the pilots are suing the airline over the putative federal mandate. Note also: weather is the time-honored excuse airlines use for canceling your flight. The reason: under regulations, airlines may keep your money if they couldn’t fly by reason of the weather.