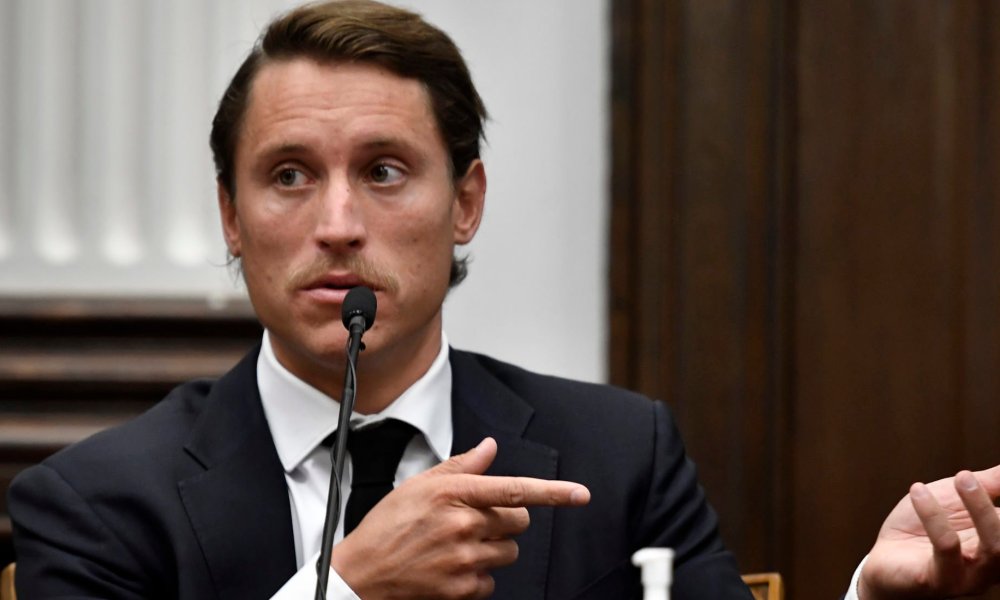 On Thursday, a Daily Caller reporter who was on the ground recording video in Kenosha, Wisconsin the night Kyle Rittenhouse allegedly shot three people testified in court. Part of his testimony included that Joseph Rosenbaum chased and lunged at Rittenhouse before he fired a shot.

Richard McGinniss is the chief video director for the Daily Caller who saw Rittenhouse shoot Rosenbaum on August 25, 2020. During the testimony, Kenosha County Assistant District Attorney Thomas Binger questioned McGinniss about whether he could have known Rosenbaum’s intentions.

“Your interpretation of what he was trying to do or what he was intending to do or anything along those lines is complete guesswork, isn’t it?” asked Binger. McGinniss responded and reenacted the scene: “Well, he said f*** you and then he reached for the weapon.” He crouched and lunged forward with both arms from the stand.

McGinniss, who brought Rosenbaum to the hospital after he was shot, said it appeared Rosenbaum “was grabbing for the front portion” of Rittenhouse’s weapon before it was fired four times. According to McGinniss, Rittenhouse was able to dodge the attempts by Rosenbaum to take the gun as he moved it out of reach.

Binger asked if that meant Rosenbaum was no longer a threat, to which McGinniss replied that the two were still “extremely close,” and he did not know “what would have happened if those shots hadn’t been fired.”

Ryan Balch, a veteran who was armed with Rittenhouse in Kenosha that night, testified that Rosenbaum was acting “violent,” and throwing rocks and attempting to start fires.

He claimed Rosenbaum threatened to kill both him and Rittenhouse “if he caught them alone.” Rittenhouse has been charged with reckless and intentional homicides in the killings of Rosenbaum and Anthony Huber and attempted homicide for wounding Gaige Grosskreutz, who was shot in the arm.