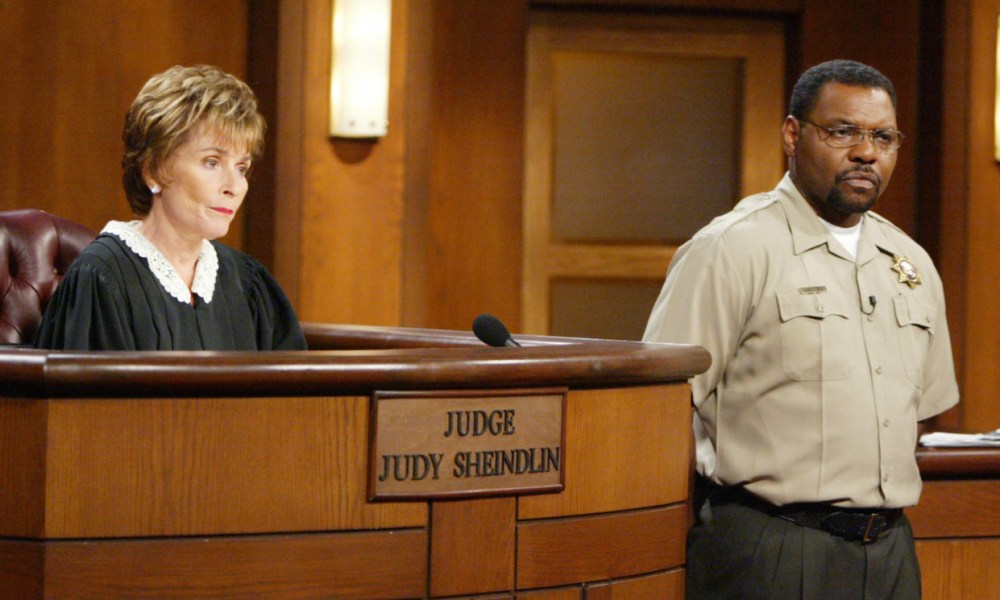 In the wake of “Judge” Judy Sheindlin’s new show premiering on Amazon, allegations of sexual harassment, racism, and more have surfaced.

Business Insider recently interviewed 16 of her former employees, who talked about the aspects of working for her. Executive Producer Randy Douthit was widely mentioned for creating a hostile work environment. In addition, there are thousands of pages of court records that highlight his alleged inappropriate behavior.

Some of the accusations include sexually assaulting other employees, making sexually charged comments to female employees, treating those he found attractive better, making pig noises when he found someone unattractive, made crude and mocking comments towards guest litigants, and demanding producers to bring less Black litigants on “Judge Judy”.

Lawsuits were previously filed, which named the show as the defendant. Although the plaintiffs claimed Sheindlin didn’t control much of the show, they believed she was aware of Douthit’s behavior, as well as that of supervising producer Victoria Jenest and co-executive producer Amy Freisleben.

Sheindlin brought all three with her to the new show. Between those three, accusations of pitting staffers against one another, frequent threats of termination, drinking while at work, manipulated cases, and poor treatment of litigants were common.

In addition to the accusations against the producer team, the show’s bailiff, Petri Hawkins Byrd, shared in an interview that Sheindlin’s relationship with him was fake. Byrd said he had thought that he and Sheindlin were friends. However, she did not ask him to present her with the Lifetime Achievement Award at the Daytime Emmys in 2019, which shocked coworkers.

He said they didn’t sit together at the event either, with Sheindlin and Douthit sitting close to the stage and Byrd sitting much further back in the audience. Actress Amy Poehler presented Sheindlin with the award and, upon running into Byrd on a later date, said she was also surprised that he hadn’t presented the award. He also wasn’t invited to come to her new show, claiming he didn’t even her about it until Sheindlin appeared on Ellen last year.

Sheindlin’s new show on Amazon‘s IMDb TV premiered on Monday and is called “Judy Justice”. “Judge Judy” was aired on CBS for nearly 25 years, starting while Bill Clinton was still president. Her role on the show was a family court judge and she brought in $47 million each year for her role- around 50 days of work each year.

The show was reportedly cancelled due to a money dispute between Sheindlin andthe network, and potentially a scheduling conflict between her show and Drew Barrymore’s. Amazon offered her a deal of $25 million for 120 episodes. “Judy Justice” will be similar to the current show, although he told The New York Times that her robe color will go from black to maroon.