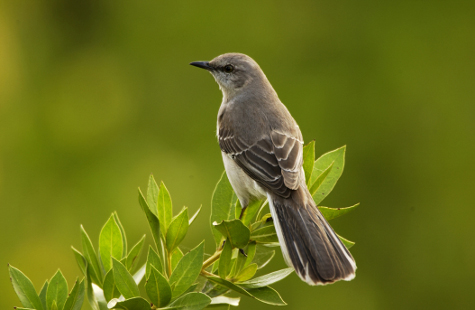 The Hunger Games (dir. Gary Ross; with Jennifer Lawrence, Josh Hutcherson, and Donald Sutherland; Lionsgate Pictures, 2012) came out on DVD, Blu-ray, download, and “video on demand” last Saturday (August 18). The three books (by Suzanne Collins) that form the basis of the film now outsell the seven Harry Potter books at Amazon.com. But how many people who read the books or see the film (and its one, maybe two sequels) will get the point? The Hunger Games is more than a young-adult adventure drama. It shows what America will look like under the totalitarianism that Barack Obama and his Czars have planned. It is exactly what Ronald Reagan warned us about.

The Hunger Games takes place centuries later than today. Typically, the movie explains little. Seventy-four years before the story starts, war engulfed the North American country of Panem. (You pronounce that almost as two separate words.) Panem is a federation with one Capitol district and several outlying districts, 13 to start with, but now only 12). District 12 is Appalachia—coal country. From each District, the Capitol “peacekeepers” select one boy and one girl as “tributes” every year. They take them to the luxurious Capitol (aboard a high-speed train) and make a fuss over them for a few days. Then they release them in a forest (“The Arena”), where over the next several days they fight to the death on national television. These are the Hunger Games.

And that name says it all: the people of Panem, except those who live in the Capitol, are hungry. Chronically, grindingly hungry. District 12 is the worst. Food is always short, and many people starve, if they don’t die in the coal mines. But some children go out into the forest to kill squirrels for food. (That they can do that is interesting in itself. The authorities fence off that forest and label it as electric. But the electricity hasn’t flowed through that fence since anyone can remember.)

Katniss Everdeen (Jennifer Lawrence) survives that way. In fact, she has earned a reputation for her unerring archery. When the Peacekeepers select her younger sister as a tribute, she volunteers in her place. She and the boy tribute (Josh Hutcherson) travel to the Capitol, where they train for the Hunger Games and compete for sponsors—Capitol dwellers who might have the Gamesmaster deliver them extra food, water, medicines, or other supplies.

Then comes Game day, when they must live by their wits. In The Arena, temporary alliances form and break off, depending on who can take advantage. Rules change, revert, and change again, on the whim of the Gamesmaster. Finally (as everyone knows by now) Katniss and her fellow tribute come out on top.

But another drama plays out, one that the book (being a first-person narrative) could not describe. Coriolanus Snow (Donald Sutherland), President of Panem, is not happy with how his Gamesmaster runs the pre-game shows. The Hunger Games themselves end in a way that scares him badly. The reason: Snow always knew that hope was a stronger way to hold the people in thrall than fear. But too much hope for one or two Game players can turn into hope for something bigger: freedom for all. (Ms. Collins probably named Snow after Gaius Marcius Coriolanus, a famous Roman general in the early years of the Roman Republic. Plutarch wrote about him, as did Shakespeare.)

An allegory for today

The only relief is the annual Hunger Games. And the tag line of the Hunger Games shows is priceless:

May the odds be ever in your favor.

How appropriate for today. Madalyn Murray O’Hair would no doubt approve. So would her intellectual heirs, the American Atheists. They are suing to remove the “Nine-eleven Cross” from the Ground Zero memorial. They say that looking at that cross makes them sick. And of course, all they offer as hope for their fellow human beings is just that kind of tag line:

May the odds be ever in your favor.

To see The Hunger Games, you can’t tell whether the Capitol is a “classic” left-wing government or a right-wing government. Collins and Ross left it that way by design. But Ronald Reagan, 48 years ago, knew it made no difference:

You and I are told increasingly we have to choose between a left or right. Well I’d like to suggest there is no such thing as a left or right. There’s only an up or down—[up] man’s old—old-aged dream, the ultimate in individual freedom consistent with law and order, or down to the ant heap of totalitarianism. And regardless of their sincerity, their humanitarian motives, those who would trade our freedom for security have embarked on this downward course.

Reagan anticipated that, too. He talked about vote-harvesting time. Funny. In The Hunger Games, the Capitol authorities call it a reaping when they pick the tributes.

Notice also that only one character in The Hunger Games is truly, authentically alive: Katniss Everdeen. Everyone else, including Coriolanus Snow and his party-dressed subjects in the Capitol, might as well be dead. And except maybe for Katniss’ coach, they don’t want to live. They want her to die. Because Katniss Everdeen takes care of herself. She always has. That’s how she wins, even against a team of obvious ringers (the “career tributes”).

But Reagan said one other thing that should make one wonder whether Suzanne Collins might have cribbed from him:

This is the issue of this election: Whether we believe in our capacity for self-government or whether we abandon the American revolution and confess that a little intellectual elite in a far-distant capitol can plan our lives for us better than we can plan them ourselves.

A far-distant capitol. Spelled with an o, not an a. The Capitol in The Hunger Games is the perfect metaphor for what Barack Obama and his Czars have turned our capital into. Long before Susanne Collins was born, Ronald Reagan warned the American people not to travel that road. We did not heed that warning. So The Hunger Games is our future.

Forget the odds. May God help us.