A candid review of Islam and democracy reveals basic and insurmountable contradictions between Israel and any Islamic regime:

Freedom, including freedom of speech, forms one of the two cardinal principles of democracy. But Islam is strictly authoritarian. So Islamic media always work under state control.

Equality forms the other cardinal principle of democracy. Islam features a strict hierarchy. It has top-down leadership as a fundamental principle of its theology. Authority runs down from Allah to Muhammad and from Muhammad to the imam, the ruler of the regime. 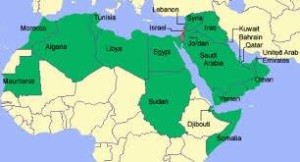 Democracy depends on the primacy of consent or persuasion. This adorns democratic societies with a certain easy-going-ness and civility. Not only do people readily sweep aside past grievances, but also political opponents can have friendships despite their differences. They resolve differences by mutual concessions, and agreements usually last.

In contrast, Islamic culture depends on the primacy of coercion. Agreements between rival factions do not really terminate animosities. Therefore such agreements do not last.

The individual and the group

In contemporary democracy, individuals pursue their private interests and have diverse values or “lifestyles.” We don’t see that in Islam. Islam binds everyone to the set of substantive values in the Quran and in Islamic law (the shariah).

Living in present or past

Democratic societies work and think in the present (the Now). Conversely, Islamic culture exists under the aspect of eternity. The past dominates Islamic mentality. So revenge for past injuries pervades the Islamic world as the dominant motif. With their group loyalty, Muslims bind themselves religiously to wreak vengeance against those who have slighted the honor of any Muslim.

The openness or publicity found in democracy stands in striking contrast to the hiddenness, secrecy, and dissimulation (taqiyya) characteristic of Islam. As one intellectually liberated Muslim sociologist writes about Arabs:

Lying is a widespread habit among the Arabs, and they have a low idea of truth.

Contemporary democracy has a mild secularism at its root. Islamic culture has a different root: a harsh religion. Even Arab leaders who do not practice Islam devoutly, identify with the basic goals of Islam. The radical separation of religion and politics found in democracy does not happen in Islam.

Democracy—before its corruption by skepticism—respects the Judeo-Christian concept of man’s creation in the image of God (Genesis 1:26). Islamic theology rejects that concept as blasphemous.

Democracy, consistent with Genesis 1:26, affirms the moral unity of mankind. But Islam reduces non-Muslims to apes and dogs.

Democracy—before its corruption by moral relativism—extols the primacy of reason. Islamic theology exalts the primacy of will. Hence the Taliban proclaims: “Throw reason to the dogs—it stinks of corruption.” The unqualified or absolute omnipotence which Islam attributes to Allah, drove that statement.

The preceding facts show that Islam and democracy are absolutely incompatible. So genuine peace between the “Palestinians” (i.e.) Muslims in the misnamed West Bank (i.e., Judea and Samaria) cannot happen. This reduces PM Netanyahu’s “two state solution” to mere rhetoric or intellectual dishonesty.☼

Safe distance? What distance is safe?

This is a most idiotic statement . Israel has a few million citizens , Islam is perhaps the major Religion in this world , 1.5 billion people! I predict coexistence…

I also believe a two state solution is impossible. They cannot coexist when the main goal of one state is to wipe the other off the map.

I can’t see the radical Islamist EVER accepting the Jewish people. It appears to be demonic. To do the unthinkable things they have done to innocent people. That have shed innocent blood. And we know what the Bible says about that.

Radical Islamist is a political term for terrorist in the US . There is a difference between Islam vs Israel , and discussions about radical Islamists and Israel . Either Hurlbut is deliberately confusing Islam versus “radical Islamist” , or He’s misinformed ….

Read the Quran before you criticize. Read the WHOLE Quran. Their whole ideology is hate and violence based.

I don’t have the confusion, Alexander Borsuk. You do. The Koran commands its readers to fight. Radical Islam is the true Islam. The rest is only cafeteria Islam.

Terry Hurlbut , Before quoting the Quran for inspiration , and advising others to war , why not spend some time reading the Bible , Christian and Jewish , see what it advocates for you non military types . If 1.5 Billion Muslims believed in war , your ass wouldn’t be here .

Enough Muslims believe in war to make it inevitable.

Terry , like many of us You know little or nothing of Muslims , what they believe or want . In viewing your CV , military service is not listed , nor is foreign employment . I know too many “warriors” that never fought for their Country , killed another soldier , as they tried to kill you , heard the mortar or grenade explode , fixed bayonets . Walk through a VA Hospital sometime Terry , than tell us what you saw , and why you’re ready for war ……..

I don’t believe muslems can coexist with any modern society.

Alexander’s Kool-aid mustache can be seen from space. People like that will deny the facts until Achmed comes up behind them and slits their throats. Natural selection at work, I suppose.