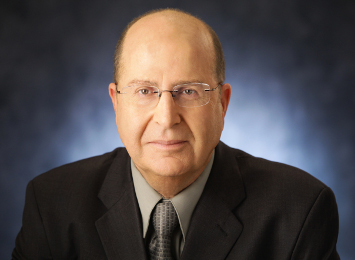 Ten years ago, on January 23, 2006, former IDF Chief of Staff, Lt. Gen. Moshe Ya’alon, showed refreshing candor. He declared at the Herzliya Conference that the Palestinian Authority “Will not Recognize Any Borders.” He warned that the time-honored phrase “territories for peace” has no practical relevance for the Palestinians.

Ya’alon’s candid assessment places in question Prime Minister Netanyahu’s endorsement of a Palestinian state. In fact, Netanyahu’s endorsement of a Palestinian state also clashes with a statement from former House Speaker Newt Gingrich on American television. The American professor, with equal candor, declared the “Palestinians” are an “invented people” whose goal is to destroy Israel. (Consult https://www.theguardian.com › US News.)

I’m willing to negotiate with [the Palestinian Authority] at any moment. I haven’t reversed my position. I’ve said, ‘Look, we will solve this [Israeli-Palestinian conflict] because we want two nation states at peace and with the proper security arrangements.’ Two states for two peoples…. that’s where I’m focused.

House Speaker Newt Gingrich would probably regard Netanyahu’s statement as symptomatic of willful self-deception or madness. Or might he consider it simply a devious way of avoiding an unfavorable insinuation? Might he really mean that Netanyahu’s predecessors sacrificed Israel’s permanent strategic interests to politics? ◙

Candor is the thermonuclear demolition charge, either of politics or diplomacy. Politicians and diplomats wear figurative masks. Some of them do so consciously, some by force of habit. Either way, they define hypocrisy – which comes from an ancient Greek saying: “under the mask.” Candor rips off the mask. In the process it might expose something that makes people shudder.

Small wonder, then, that “experts” condemn the candid as “bulls in china shops.” But maybe some dishes need breaking. When “diplomacy” and especially “nuance” become euphemisms for cowardice, a little candor can bring back some welcome realism.

Disengagement from Gaza: why?