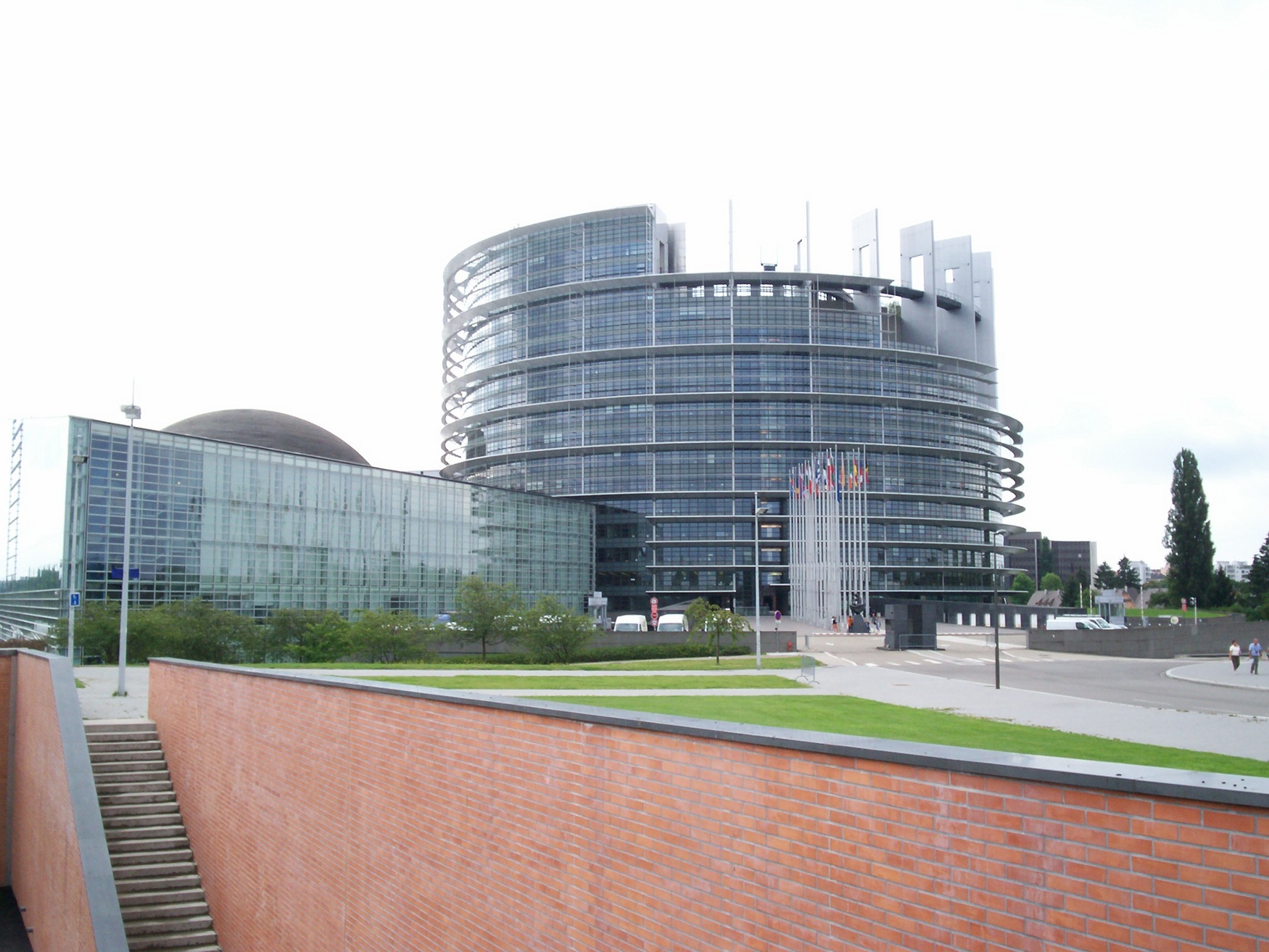 Hello, this is Darrell Castle with today’s Castle Report. Today I continue my discussion of the war against the founding principles of America, against Western or Christian Civilization, and against the rule of law. This week we fight the war in Europe where there are scattered pockets of people who appear to be at least starting to awaken from their slumber.

The war in Europe is not being fought in old Europe for unfortunately, old Europe has already surrendered to the demands of the George Soros funded global ruling elite, in other words, they are prisoners of war. The nations, which a few decades ago resisted and defeated Nazi Germany to protect their homelands and their freedom, today cannot muster even a slight desire for self-defense or self-respect.

For example, recently French President, Emanuel Macron, gave a speech in Sweden to campaign for the political parties which favored continued unlimited immigration from the Middle East and Africa into Sweden., In that speech Mr. Macron told the Swedes that there is no such thing as French culture and no such thing as Swedish culture. Perhaps with men like him in charge he’s actually correct or at least soon will be. However, in the recent Swedish elections the Swedish National Party, which is the Party that had the courage to advocate for unlimited third world immigration to at least be re-evaluated and possibly even reduced somewhat, gained 18% of the vote which entitled it to some seats in the Swedish Parliament. Consequently the liberal, unlimited immigration, Swedish Democrats lost a few seats in Parliament.

That is a slight glimpse of what might possibly be the beginning of discontent with what is happening in Sweden. Perhaps some of the Swedish people are growing tired of their women and children being raped by invaders that are never charged with their crimes. Sweden has gone from an almost rape free country to one leading the European Union in rapes thanks to its immigration policy.

Other countries are starting to resist as well, especially Hungary and Poland. Viktor Orban, the Prime Minister of Hungary, continues to resist attack after attack from the European Union for his defense of his own country and its people. Most recently he was censured by the European Union by a two-thirds vote. The motion to censure charged him with breaching the founding principles of the Union. The censure came under Article 7 of the EU Charter, and will now be referred to the 28 member nations to consider. Ultimately the sanctions imposed on Hungary could include suspension of voting rights but that vote must be unanimous. Poland has said it will support Hungary and would never vote for such a measure so that doesn’t appear likely.

This Muslim effort to invade Europe is not a new thing at all. It is, in fact, just the latest battle in a very long war. For over 1200 years now Islam has been trying to conquer Christian Europe. This is just the first invasion in which Europe’s own leaders have actually invited the invaders to come. Christianity is dead in Europe, and with it died the desire to preserve what allowed European civilization to thrive and prosper for so long.

In the year 732, an Islamic army of 200,000 men invaded Europe out of the Iberian Peninsula, or what is today Spain. They advanced into France until Charles Martel, with an army of 20,000 Christian knights, defeated them at Tours. Charles, known as the Hammer, had only 20,000 men and no cavalry but he prevailed against the much larger Islamic army. The Muslim commander, Abdul Rahman, was killed in the battle and the Muslim advance into Europe was turned back for about 1000 years, which allowed the French to dominate Europe for 100 years.

In the year 1683 a Muslim army invaded out of what was then the Ottoman Empire, which is today’s Turkey. The Muslim army of Tara Mostafa marched all the way to the gates of Vienna where they intended to depose and replace the Holy Roman Emperor Leopold I. Poland came to the aid of its neighbor then, much as it is doing today. John Sobieski, a Polish Roman Catholic, marched from Poland with an army and confronted the Muslim army at Vienna. The rage and desire for vengeance of Sobieski’s army was fueled by stories of the murder in captivity of 30,000 Christian men, women, and children, much as the rape and murder across Europe fuels the rage of many today. Tens of thousands of Mustafa’s army died under the artillery and cavalry charges of Sobieski, and he famously paraphrased Julius Caesar by saying, “We came, we saw, God conquered”.

Vienna was saved and an army poised to overrun Christian Europe was turned back for the second time. Europe had something worth fighting for then, something worth dying for. Now, the European leaders and their people seem incapable of mustering enough courage to even protect their women and children from rape, torture and murder. In England, for example, thousands of children mostly little girls have been raped, and trafficked in recent years and the only one to protest was thrown in jail for his trouble.

In France today, it seems that our old acquaintance, Marine Le Pen does not love the new world order being prepared for us quite enough. The ruling elite are not in a mood to tolerate any resistance and have gone full Joe Stalin on Ms. Le Pen. She is always, and invariably, referred to in the press as the far right Marine Le Pen, which I take to mean that she is opposed to the invasion of her country by Muslim Jihadists, as well as French cultural and political suicide.

It seems that a few days ago she tweeted out the propaganda images created by the ISIS terror group, which showed the bodies of people having been executed by the Islamic State. Her Political Party had been likened to the Islamic State by the French media so she wanted to show the difference. She wanted to show that her Party was not behaving like a bunch of Islamic terrorists leaving a trail of bodies in its wake. The media in France is almost as vicious and cruel as the media in America so they complained bitterly about her tweets.

If there is one thing this new world being built for us cannot stand and will not tolerate is truth, especially truth backed by evidence. Today the entire concept of accusations that must be backed by evidence, is part of the dead letter that was once Western Civilization. Now accusations without any supporting evidence are enough; they are enough to ruin lives, whether charges are ever brought or not. I’ve heard many politicians and commentators say that the woman must always be believed. That view flies in the face of the American system of law and justice for no one has a right to always be believed. If you are a Christian and you hold that view I will give you two words — Potiphar’s Wife.

Well, the French Government was not amused by Ms. Le Pen’s efforts to protect her Party from media assault and a French court ordered her to undergo a psychiatric examination in order to discover whether or not she is capable of understanding remarks and answering questions. The truth means absolutely nothing to the French authorities so they charged her with circulating violent messages that incite terrorism or pornography or seriously harm human dignity.The authorities are just stooges of the ruling elite who are desperate to stamp out any semblance of free thought or free opposition to their globalist, socialist, open borders destruction of Christianity, agenda.

Shades of the old Soviet Union

The psychiatric exam adds a nice Stalinist touch to the whole affair. The Soviets used to confine their dissidents in insane asylums so I guess the French are saying that anyone who disagrees and who dares to express that disagreement must be crazy. She remains defiant, however, and said she will not go and will wait to see how the magistrate will force her to go. Branding opposition as mentally incompetent is an old Soviet tactic as I said, and seems to be coming back into use in France, and in America, as the left often threatens the 25th amendment as a weapon against President Trump.

Perhaps someday those of us opposed to mass third world immigration and those who refuse to say, except sarcastically, that Islam is a religion of peace will be carted off to insane asylums. Can sane, rational, normal people be opposed to importing Jihadist terror; some governments apparently think not.

The Times boasts of a war against civilization

Finally folks, last Sunday The New York Times carried an article about those who are opposed to our way of life and who are trying so hard to destroy our civilization. They have often referred to themselves as “the resistance”, but they were encouraged to stop doing that because, the article said, “we are building a new nation and Trump is the resistance”. I don’t think I will like their brave new world so I’m with the resistance as the Times describes it.

Trump & Palestine vs. Genesis, Rashi & The Land of Israel