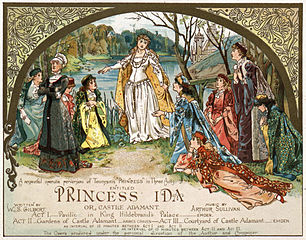 Several days ago, a question appeared on a certain social forum. CNAV will not reveal the name; the vagaries of its terms and conditions might not allow this. Nor is the identity of the social medium important. The question itself, is:

Is political correctness changing how things are taught in our children’s schools?

The answer, at least as regards the public schools, is “yes.” And for the worse.

What does political correctness mean?

The expression political correctness came from a dialogue between a novice Marxist and his mentor. The mentor says, “Such-a-thing might not be factually correct, but it is politically correct.”

“Respect for others, and others’ culture” does not extend to disrespect of still other cultures, including your own. Yet many public-school teachers teach precisely that. Nor does respect extend to accepting as fact libels and slander about yourself and your culture. Nor does it extend to defamation of your character or identity with false and misleading “information.” Yet that also appears in many public-school lesson plans. Perhaps your child comes home and tells you about an assignment involving identifying his (and your) white guilt. (Substitute privilege for guilt, and the lesson stays the same.) Or, your daughter comes home and picks a fight with your son over male privilege. That’s how you know how political correctness has affected your children’s lessons.

And that assumes your children even tell you what goes on in school. Many teachers instruct their pupils not to tell their parents about these new lessons in political correctness.

From earlier days to this: Thanksgiving and Christmas

Your editor, in his fifth grade in a public school, had lessons, in the full holiday theme, on Thanksgiving and Christmas. The teacher assigned exercises in the simplest applied art—drawing on colored heavy (“construction”) paper a scene in that theme. She even wrote on the chalkboard all four stanzas of Come, Ye Thankful People, Come. And as the Christmas Recess approached, we prepared projects on that theme also.

Today, any teacher who did that could consider herself fired. CNAV has this directly from a semi-retired career teacher who has taught in two major school districts.

Political correctness is all about dissemblance at best, and outright lies at worst. Those lies, as before, amount to slander, libel, and defamation of character.

Political correctness is also about double standards. Political correctness disrespects calling a black man by certain demeaning terms that do not bear repeating. But it accepts as just desserts calling a white man by a different name. In most contexts the word stands for a flat, possibly salted snack wafer. But in this context the word connotes an act and practice of violence and physical dominance.

What does political correctness tell you?

And what does it require?

Political correctness requires the destruction of men’s sport leagues just so that as many women (in proportion to their enrollments in college or high school) can play varsity sports as can men. The vaunted Title IX is directly responsible for this. Athletic directors cite Title IX as the reason for discontinuing men’s wrestling, among other sports. So also does the American Association of University Women. With pride.

Political correctness does indeed require lowering the standards of physical and/or mental fitness for a job of work. The notion is that women should be able to apply and have the identical chance of acceptance. The United States Marine Corps has seen expressions of concern for this precise reason.

Political correctness requires sending women into combat and placing men and women into close quarters. Pregnancies begun in foxholes and aboard ship are a documented body of fact.

Political correctness is indeed about bashing straight and cisgendered white males. When it comes to straight, cisgendered white females, or conflicts between man-to-woman transgenders and female homosexuals, things get tricky to say the least.

Political correctness requires the absolute destruction of the personal achievements of anyone in the Privileged Group of the Day. It assumes that someone put the thumb on the scales, maybe several generations back. This, so runs the argument, enabled present generation children (and adults) to succeed while condemning others to failure. And the solution, which I witnessed first-hand at Yale College? Affirmative action. Which means: discrimination in reverse. As a group punishment.Social justice warriors avow this on no less a forum than Wikipedia, the Free Encyclopedia.After a generation, the results are in. What are those results? Diminished overall productive capacity and bad workplace morale through the promotion of the unfit to satisfy “quotas, goals and timetables.”

What should we do instead?

CNAV recommends holding people to the word of Dr. Martin Luther King, Jr.. Which is: to judge each individual by the content of his or her character, apart from any particular group identity. In some contexts (like the military), segregation of the sexes is a requirement of unit cohesiveness and esprit de corps. That doesn’t apply—usually—in civilian life. But the criteria ought to be job effectiveness, not special pleading on behalf of a particular group of people.

More to the point: the only correctness that ought to matter is the factual. That Marxist mentor virtually admitted that he would dispute the sum of two plus to if he thought he would thereby gain a political advantage. That follows logically from a preference for political correctness over factual correctness. (And we should give a nod to Gilbert and Sullivan for predicting that precise attitude! See Princess Ida II. i. 93-98.)

In Mathematics, Woman leads the way.

That two and two make four! Why, we can prove,

We women — household drudges as we are—

That two and two make five — or three — or seven,

Or five and twenty, if the case demands!