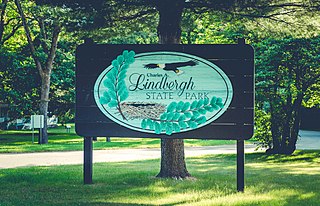 Rewilding – restoring land and especially riverbanks and coastlines to status quo ante human settlement – might seem like science fiction. But in fact the concept has caught the fancy of the environmental and globalist left. Furthermore, test cases abound – and the concept even found its way into a vaunted “infrastructure bill” now under debate. As such it is the true Trojan Horse – for rewilding makes human totalitarian control all the easier.

What does one mean by rewilding?

Rewilding has two definitions, and Wikipedia has detailed discussions of each. Ask an anarchist what it means, and he will think you mean letting human beings go wild again. The advocates of this kind of rewilding say that human beings must abandon their “domestic” mind-set and think like wild creatures again. These advocates want two things:

This practice is an extreme, and unhealthy, form of survival training. Any soldier learns how to survive in the wild, because he might have to in certain battlefield emergencies. The difference is that human rewilding means permanently abandoning the support systems of agriculture, industry, and law. In the wild, none of these things exist. So some say they should never exist, for civilization – building and living in cities – is an affront to nature.

But rewilding has another meaning, one that many more people hold. In the context of conservation, it means restoring land to what its advocates call a “natural” state. But in fact nature (Greek physis, whence “physics” and “physical”) includes everything we see, hear, touch, smell, or taste. No, what is in view here is not nature, but wildness – the status quo ante human settlement. (Status quo ante means “how it was before.”)

The most famous advocate for rewilding whom few if any associate with such advocacy was Charles A. Lindbergh. Long after he flew solo across the Atlantic (and tragically lost his son to an act of murder), Charles Lindbergh advocated for environmental conservation. Parks were his particular application, for parks are the first attempts at anything like rewilding on record. Concerning them, Lindbergh said:

Obviously, this park means a great deal to me because of associations extending back more than seventy years…. But the park means even more to me because of its preservation for future generations and the wildness and natural beauty I lived in as a child. With each year that passes I feel more convinced of the essential need of preserving man’s natural environment. I find extraordinary satisfaction in knowing that my family has contributed to this preservation.

Some Remarks at Dedication of Lindbergh State Park Interpretive Center, by Charles A. Lindbergh. Quoted at The Pietist Schoolman.

Note Lindbergh’s key word: wildness. Anything in nature can have beauty, whether human beings actively create it or not. But to Lindbergh, beauty, to be natural, must be wild.

Rewilding, or merely keeping wild places wild, did not start with Lindbergh. But he gave the best articulation of the advocacy of the concept on record today.

Rewilding projects and advocacy groups abound. Those five links give a small sample of the available information on the theory and practice of the concept.

Let the reader make no mistake. The advocates of rewilding wish to abandon farming. This story of farmers in the UK “struggling with the beaver” gives an instructive example. Inevitably the advocates call for abandoning the most productive farmland. Naturally farmers object that they exist to feed a growing population.

Not only do these advocates want to abandon farming. They also wish to abandon animal husbandry. Representative Alexandria Ocasio-Cortez (D-N.Y.) said as much in her “Green New Deal FAQ.” This long, stringy sentence drops the hint:

We set a goal to get to net-zero, rather than zero emissions, in 10 yearsbecause we aren’t sure that we’ll be able to fully get rid of farting cows and airplanes that fast, but we think we can ramp up renewable manufacturing and power production, retrofit every building in America, build the smart grid, overhaul transportation and agriculture, plant lots of trees and restore our ecosystem to get to net-zero.

This requires more than mere veganism, or even zero population growth. It requires depopulation.

The contributors to CNAV have written often about the globalist agenda. Rewilding fits perfectly with it. For the aim of that agenda is to establish total control over all of humanity. And the fewer human beings live on Earth, the easier the globalists can control them.

Depopulation would, of course, require a weapon of mass destruction. That already exists. Thank Bill Gates for that, as Bradlee Dean has said often. (Tabitha Korol has also put in her mite.)

The globalist scheme mainly requires reducing the human footprint to about ten percent of the current human-settled area on Earth. The late Dr. Michael S. Coffman famously illustrated what that would mean to the United States of America alone:

Coffman cites these four instruments – which others already have written – as sources for this awesome rewilding simulation:

Senator Kay Bailey Hutchinson (R-Texas) famously displayed this map on the floor of the Senate. And because she did so, the Senate never got its two-thirds to ratify the UN Convention on Biological Diversity.

But they never give up!

Do not imagine that advocates of rewilding have given up trying! In fact, they managed to get a foretaste of what they advocate, into a major highway bill.

Hidden In Biden’s Infrastructure Bill Is $20 Billion Earmarked To DESTROY Highways Because They Are “Racist”!

In another world we would all have a laugh at a headline clearly intended to be a joke. But in 2021 America we simply can’t tell anymore.

From the horse’s mouth:

Black and brown neighborhoods have been disproportionately divided by highway projects or left isolated by the lack of adequate transit and transportation resources.

In the Biden-Harris administration, we will make righting these wrongs an imperative.

That’s a convenient and deliberately deceptive excuse. In fact, that twenty billion dollars would pay for a dry run on rewilding. Any project having a goal even close to what the Coffman Map shows, requires the destruction of many highways. So, by applying critical race theory, the Biden-Harris administration (their words, not CNAV’s) gets funding to take the first necessary step toward reverting ninety percent of the land area of the United States to the wild. And that step is: to fund at least two – likely more – pilot projects.

What would rewilding look like in the United States?

CNAV does not for one moment believe that the globalists will content themselves even with the Coffman Map. As far-reaching as that map is, it represents a compromise. If “woke cancel culture” and the “investigation,” stopping just shy of mass arrests, of those who even merely stood to listen to President Trump’s speech on 6 January 2021 are any indicators, the globalists will not compromise. Why bother with “core reserves and corridors” when they can declare a large tract of land as a wildlife reserve? They might allow the Native Americans to stay in this tract – but only if they “returned to their old ways.” That last would be a form of human rewilding.

More likely, the globalists wouldn’t find that good enough. So they would evacuate everyone from that tract. Furthermore, they would remove every trace of human structure and infrastructure. Now one can understand the purpose of that $20 trillion appropriation for removing “racist” highway stretches!

So the new map of the territory we today call “the contiguous United States” (or The Lower Forty-eight, or The Mainland) would look like this:

Note the label for the vast tract in the middle: Protected Wild Space.

Where would everybody live?

The area beyond that would be all the globalists would leave for human habitation. This area includes most of the Blue Areas on a county-by-county map of the Election of 2016. And its inhabitants would not deserve or even want the name of “The United States of America.” More likely they would call themselves “North American Polity,” the final “woke” departure from the “racist heritage” of American settlement.

To be more specific, the North American Polity would consist of:

Note that both the Dakotas lie within “Protected Wild Space.” Does that mean the rewilders would efface Mount Rushmore?

Bank on it. In fact, their mouthpieces avow their desire to do precisely that. Here one can read one example; this search result reveals many more.

For all these reasons, CNAV strongly opposes the rewilding movement and urges all readers to do the same. The Biden Infrastructure Plan plays its role. So people have yet another reason to fight that, in addition to crushing taxes and Green New Deal nonsense.

About the featured image

Texit – if the vote were the other way

[…] as CNAV explains here, means reverting land and especially riverbanks, lake shores, and coastlines, to how the land lay […]