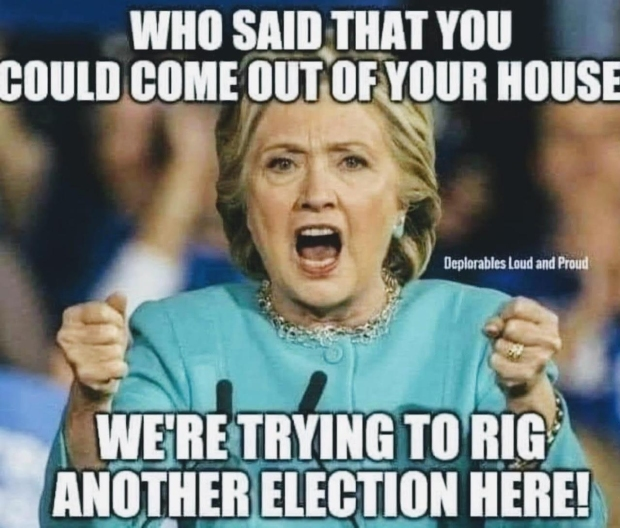 Hello, this is Darrell Castle with Today’s Castle Report. Today is Friday the 6th day of November in the year 2020. To tell you the truth I don’t feel much like talking today, but I’ll try. I won’t lie to you by telling you that the Castle family is doing fine today because some of us are suffering. I’m sure the family daughter is just fine. My dear wife Joan just rolls with the punches and tries to keep me levelheaded. But I have been suffering since Tuesday night.

There is no clear winner as of this posting, and there might not be for weeks. Will there be a new court ordered election or just endless counting and fraud allegations? One thing seems clear and that is that the world has seen the American Democratic process with all the glory and grandeur stripped away and only the chaos and division remaining.

There are numerous allegations of cheating.

For example, after the count in Michigan was finished 138,389 new ballots were located and guess what? 138,389 of them were for Biden. Nothing to see here, folks; just move along.

The three close races that could determine the election, Wisconsin, Michigan, and Pennsylvania, with Trump leading, decided to suspend the count until morning. When it resumed all the new Biden votes came rolling in.

This is war. Win, baby, win

So, they cheated. But that’s to be expected. Because as I keep saying, this is war and the only thing that matters is who wins. In the end you can’t expect your enemy to play fair, and you should prepare in case he doesn’t. The ministry of propaganda is right there to explain it all for us.

There aren’t many things I know for certain right now. But it seems certain that if Biden wins, the country will be racing toward financial catastrophe. And he will step on the accelerator. Of course, the Republican would have seen no alternative but to do the same thing. Big Tech censorship will continue and even increase under Biden, as will illegal immigration. With tens of millions of new Democrat voters pouring over the borders allied with big tech censorship and media propaganda it will be impossible or next to it ever to succeed again.

I have searched for a silver lining in this dark storm cloud. And I may have found a small one in the House and Senate. Republicans retained control of the Senate, losing only one seat. Mitch McConnell will remain as majority leader. And if he retains the guts he learned from Donald Trump maybe that will be enough. In the House the Republicans did not lose a single seat and gained five new ones.

What we have then, if Biden does win, is a weakened Joe Biden with no clear mandate and no majority in the legislature. So apparently the extreme left will not be able to control the machinery of government. It probably means no court packing, no new taxes the Republicans do not want. Biden has said he will not take Senators from the Senate to the cabinet. But Elizabeth Warren has expressed an interest in becoming Secretary of the Treasury. If she cannot raise taxes, then I expect her to go hard after those of us who currently pay taxes. I’m thinking about Robespierre right now.

How could an old Socialist win election?

Well, be that as it may, as you can tell I am very depressed by the possibility that a demented, corrupt, Socialist might have just been elected to the position of head of state and commander in chief of the United States armed forces, and that may become our permanent status. I have wondered for the last 50 years or so what it was all for, all about. And now I guess I understand a little better. I wonder now why all those young people without much experience in this life and in this world are so interested in old Communists.

Since I am at a further loss for words, I will let Dr. Paul Craig Roberts explain to you what this election process means:

Did the people vote for the Digital Revolution?

The Digital Revolution is being used to destroy us. The Nazism of Bill Gates is so extreme as to make Hitler look like Jesus. Our intended future or a Conspiracy Theory?

Christians will notice that our situation is Biblical. Plagues are being unleashed. Every form of sexual perversion has been legitimized except pedophilia. And as pedophilia is believed to be a widespread practice among the degenerate elites, its eventual acceptance is assured. It is heterosexual sex that is being delegitimized as “toxic masculinity” and “oppression of women.” We are to be injected with microchips and turned into robots and dependent on centrally controlled digital currency. (In the URL below Microsoft’s International Patent for a “cryptocurrency system using body activity data” is described.)

Well said, Dr. Roberts! I can’t say it any better than that. But I will add that at least 50% of Americans just voted for that Global Elite Dr. Roberts described.

In conclusion, as my dear wife Joan constantly reminds me, God rules in the affairs of men and nations. He decides what our future will be and right now he must have something very strange planned for us. If you are an unbelieving heathen let me give you a quote from one of the earliest known existentialist poets:

Fearlessness is better than a faint heart for any man who puts his nose out of doors, the length of my life and the day of my death were fated long ago. (From Skirnir’s Journey, a Viking epic poem from the 13th century.)

Finally, folks, the prophet Jeremiah told the Hebrew people to seek out the old paths and walk therein (Jeremiah 6:16). But the people said no, we will not walk those paths. God sent them into captivity in Babylon for 400 years. Will that be our fate with the Global Elite? Time will tell but it feels like it to me.

This article appeared first at castlereport.us and appears here by arrangement with Mr. Castle.

American in name only (AINO)